NewsPaperthe art of publishing
HomeNewsNut roast for Christmas? What the Dickens!
82

Nut roast for Christmas? What the Dickens! 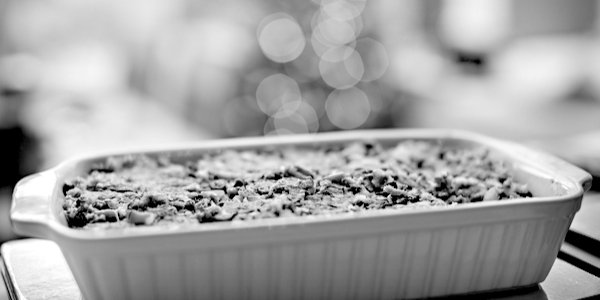 We are being warned to expect a ‘nightmare’ Christmas, because of delivery and distribution problems, with nut roast for dinner instead of turkey. How bad will it get? Courtesy of the Ghost of Christmas Yet to Come, let’s pop over to Camden Town, London, December 25, 2031 …

MASTER Peter and the two ubiquitous young Cratchits went to fetch the nut roast, still only tepid after the communal electric cooker went off because of a power cut caused by the becalmed wind farm on Primrose Hill.

No matter! Such a bustle ensued that you might have thought the nut roast was a turkey, that bird of fabled Christmas dinners past, of which the children had heard only mouth-watering tales.

At last the dishes were set on, and grace was said. Mrs Cratchit plunged her carving knife into the nut roast. A murmur of delight arose and even Tiny Tim – despite facing a five-year wait to see a GP about his bad leg – beat on the table with the handle of his knife, and feebly cried ‘Hurrah!’

Bob Cratchit said he didn’t believe there ever was such a nut roast cooked. Its tenderness and flavour, size and cheapness, were the themes of universal admiration.

Hallo! The pudding was being brought in! Oh, a wonderful bread pudding! Two whole slices of stale loaf embedded with a magnificent five currants. Uncooked because of the power cut, but again, no matter!

Bob said, and calmly too, that he regarded it as the greatest success achieved by Mrs Cratchit since the Reset. Everybody had something to say about it, but nobody said or thought it was at all a small pudding for a large family.

At last the dinner was done. The Cratchits huddled round their single radiator, but the communal air source heat pump had broken down. They put blankets around their shoulders and Bob served each a cup of rainwater.

Then he proposed: ‘A Merry Christmas to us all, my dears. God bless us!’ Which all the family re-echoed.

‘God bless us every one!’ said Tiny Tim, the last of all.

‘Mr Johnson!’ said Bob. ‘I’ll give you Mr Johnson, the Founder of the Feast!’

‘The Founder of the Feast indeed!’ cried Mrs Cratchit, reddening. ‘I wish I had him here. I’d give him a piece of my mind to feast upon, and I hope he’d have a good appetite for it.’

‘It should be Christmas Day, I am sure,’ said she, ‘on which one drinks the health of such an odious, stingy, hard, unfeeling man as Mr Johnson. You know he is, Robert. Nobody knows it better than you do, poor fellow.’

‘I’ll drink his health for your sake and the Day’s,’ said Mrs. Cratchit, ‘not for his. Long life to him. A Merry Christmas and a Happy New Year! He’ll be very merry and very happy, I have no doubt!’

The children drank the toast after her. It was the first of their proceedings which had no heartiness.