NewsPaperthe art of publishing
HomeNewsOdyssey of a ghost ship: How the US Civil War ended in...
88

Odyssey of a ghost ship: How the US Civil War ended in Britain 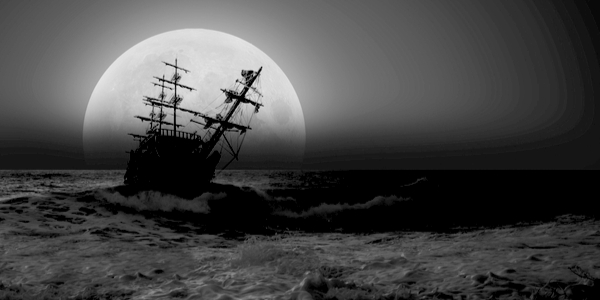 AS dawn broke 156 years ago today – Monday, November 6, 1865 – a mysterious black-painted ship appeared in the Mersey estuary, signalling for a pilot to guide her into Liverpool.

When one arrived in his boat, he saw no flag of nationality flying and hailed the vessel, saying he could not proceed unless he was shown some identity.

Minutes later, the pilot looked on in astonishment as a flag was run up and unfurled, snapping and flapping in the morning breeze. It was a battle ensign . . . the ‘stainless banner’ of the Confederate States of America.

Was this a ghost ship? Some may have thought so, because the rebel Confederacy had ceased to exist almost seven months earlier after its defeat by the Union states in the American Civil War.

However, thevessel, called the Shenandoah, was real enough. And the story of its voyage to the Mersey was a drama-filled epic, during which it encompassed the globe as its crew tried to evade capture and save themselves from a possible deadly fate.

Shenandoah was launched in Glasgow in 1863 as the Sea King, a fast clipper designed for the China tea trade. With a large spread of sails and an auxiliary steam engine, the 1,110-ton vessel was perfect for conversion to an armed commerce raider.

In October 1864, she was secretly purchased by the Confederacy’s Liverpool-based agent James Dunwoody Bulloch and sailed to Madeira to be fitted out as a warship.

Four months earlier, Bulloch’s most famous commerce raider, the British-built, mainly English-crewed Alabama, had been sunk in battle off Cherbourg after a two-year cruise which had laid waste the US trading fleet, mainly in the Atlantic.

Although the war was going badly on land for the Confederacy, Bulloch hoped Shenandoah would finish the job at sea by scouring the South Atlantic, Indian Ocean and the Pacific for US merchant ships.

With an under-strength crew comprised mainly of Englishmen, the newly-commissioned raider – under the command of 40-year-old Captain James Waddell – set sail from Madeira in mid-October and headed south into the Atlantic towards the Cape of Good Hope.

En route, six US ships were captured. Five were burned and the remaining vessel used to transport crew and passengers to Brazil, where they were released. Although they usually destroyed their prizes, commerce raiders were careful not to harm those aboard.

After rounding the Cape, Shenandoah crossed the Indian Ocean to Australia, arriving in Melbourne on January 25, 1865. Here, Waddell enlisted more crew before heading into the North Pacific to attack the American whaling fleet.

Once there, Shenandoah caused havoc, destroying dozens of vessels and their valuable cargoes of sperm oil. But on June 27, 1865, came a stunning shock. The skipper of a captured whaler showed Waddell a newspaper which reported that on April 9, Confederate General Robert E Lee had surrendered his Army of Northern Virginia and the rebel government had fled its capital, Richmond, Virginia.

However, the paper also said that Confederate President Jefferson Davis had declared that, despite the setbacks, the war would carry on – and Waddell continued his whaler hunt.

On August 3, 1865, off the coast of California, he learned from a newspaper supplied by a British ship that more rebel armies had surrendered following Lee’s capitulation, and Davis had been captured on May 10. The Civil War, which had started on April 12, 1861, was definitely over and the Confederates had lost.

Now Waddell faced an agonising dilemma. If he surrendered, he could face charges of piracy because he had continued destroying US ships long after hostilities had ceased, albeit unknowingly.

The South’s commerce raiders were particularly reviled by the North during the Civil War, and although land-based troops were generally offered amnesty and freedom when hostilities ceased, this was not guaranteed for seaborne belligerents.

Knowing Shenandoah was still at large, the US Navy was now hunting her. If captured, captain and crew might well be hanged as pirates.

Waddell knew there was only one chance of escape – he had to make for England, 10,000 miles away, avoiding or outrunning any US pursuers.

As Shenandoah lay off the west coast of Mexico, with lookouts anxiously scanning the sea, he ordered her guns to be stowed and the hull repainted to make her look like an ordinary merchant ship. Lowering the Confederate flag, Waddell piled on sail and headed south for Cape Horn.

Three months later, having evaded capture, Shenandoah reached the Mersey. Since leaving Madeira, she had covered 58,000 miles, circling the Earth, including a year totally at sea.

As she was guided by the pilot towards Liverpool on November 6, she caused a sensation, crowds lining the riverside to get a glimpse of the infamous cruiser without a country.

Instead of berthing in the docks, Waddell moored alongside the 101-gun Royal Navy warship Donegal, anchored in mid-river. There, he surrendered Shenandoah to Donegal’s captain, James Paynter, and lowered the Confederate flag.

Later that day, Waddell went to Liverpool Town Hall, where he handed the mayor a letter to the British government which formally confirmed the surrender. It was the final act of the American Civil War, 3,000 miles from the shores of the US.

The pressing issue now for the Government was what to do with the captain and his 130 crew, who were still aboard Shenandoah awaiting their fate. The possible prospect of being tried for piracy still loomed in many of their minds – so much so that three had already jumped overboard and swum ashore.

Two days later, the answer arrived by telegram from London – the crew were to be freed unconditionally. The Americans had committed no crimes against the laws of war and could not be detained.

However, if there were Britons on board, awkward questions might have been raised about the legality of their enlistment for a foreign power. But when the crew were mustered on deck and Captain Paynter asked each his nationality, the answer was the same . . . they were all from the Southern states of America or various other foreign countries.

The replies were accepted, even though it was obvious that most of the lower ranks were British. As the Liverpool Mercury wryly noted: ‘Several of those who purported to be Americans had an unmistakably Scotch accent and seemed more likely to have hailed from the banks of the Clyde than the Mississippi.’

The crewmen were taken by boat to Rock Ferry, Birkenhead, on the west bank of the Mersey, and released, watched by an excited crowd.

‘People were surprised to see the landing of a number of swarthy-complexioned, weather-beaten men dressed in grey uniform and wearing eccentric-looking hats and caps . . . they were for the most part able-bodied, determined-looking fellows,’ said the Liverpool Mercury.

So ended a remarkable footnote to the US Civil War. Shenandoah was handed to the US government and sold to private buyers. After being damaged in a storm, the ship was beached near Zanzibar and broken up in 1872.

But the battle ensign that Waddell had raised on the Mersey at the end of his ship’s epic journey survived, to be placed in the American Civil War Museum in Richmond, Virginia.