Of course we’re not alone! 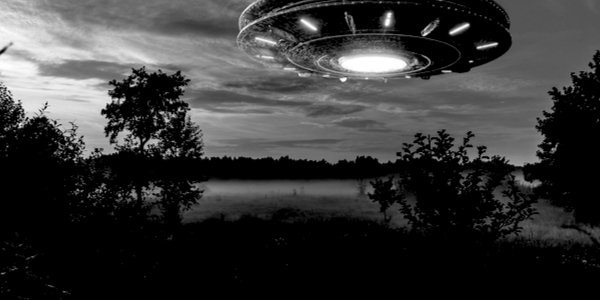 ‘WE may not be alone!’ was the conclusion of the recent report by the Pentagon which, for the first time, conceded that unidentified flying objects (UFOs) could be alien visitors from other planets.

The idea that we human beings are the highest form of life in the universe is the most stupendous example of arrogance since the notion that the sun goes round the earth. Let’s see . . .

There are eight planets in our solar system and millions of such solar systems in our galaxy, the Milky Way. At this point we get into numbers that for most of us are beyond the powers of the imagination. While estimates vary, according to astrophysicist Mario Livio (formerly of the Space Telescope Science Institute in Baltimore), there are about two trillion galaxies.

Of course we are not alone!

To believe that humankind is the only intelligent species in such an immensity is as if someone living in Stone Age Harrogate should claim that there is no life outside Yorkshire.

The parochial, egocentric sceptics say that anyone living on a distant galaxy could never visit us, because he would not have the means or the time to do so. Why not? Well, scientists say that the fastest anything can move in the universe is the speed of light, which is 186,000 miles per second. A light year is therefore defined as the distance travelled by light in a year. And most of the galaxies are millions of light years away. Therefore, nothing and no one could possibly travel from there to here.

How do they know that? Only by another colossal arrogance. Our understanding of physics has developed over the centuries. A few hundred years ago we knew nothing about the speed of light. Who is to deny that, given a few more centuries, our knowledge of physics might have advanced so far as to make our present calculations about the speed of light look antique? Moreover, who would dare deny the possibility – nay, the likelihood – that distant species know more than those things than we shall ever know?

Physicists to this day readily admit that their knowledge is incomplete. Specifically, one of the greatest physicists of the 20th century, Werner Heisenberg (1901-1976), said: ‘Not only is the universe stranger than we think; it is stranger than we can think.’

Stranger than we can think, certainly. But that doesn’t mean there are no beings in the universe whose understanding, knowledge and wisdom far exceeds our own. Indeed there is no reason – except a renewed bout of arrogance on our part – to think that such advanced beings would have the slightest interest in our activities. Quite possibly they would look at us as a tired man looks at flies.

Ezra Pound said, ‘Pull down thy vanity, I say. Pull down!’

We must rid ourselves of this bumptious notion that we are the measure of all things. My supposition is that we understand what we call the universe as a snail understands his little patch of garden.