Of mice and men – the dangers of a socialist dream world 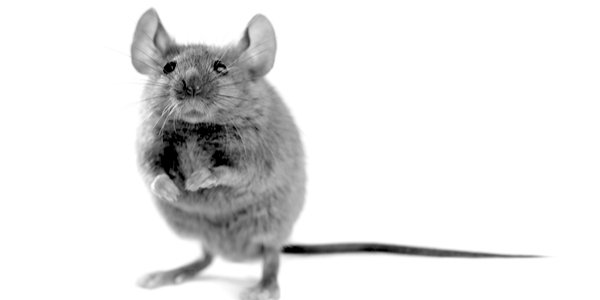 IN 1968, the ethologist John Bumpass Calhoun ran an experiment with mice. He built an open-top indoor enclosure, 9ft by 9ft, 4ft 6in high. It was equipped with everything a mouse could desire: drinking fountains, food dispensers, nesting boxes, all accessed via mesh climbing shafts. Mouseworld was impregnable to any predators. Four male and four female mice were introduced to their new home, and left to their rodent devices.

Initially the mouse population thrived. After nearly two years Mousetopia bustled with 2,200 inhabitants. At this point something peculiar happened. The population stagnated, then entered terminal decline. Within the next year the colony became extinct.

Before this mouse catastrophe (the experiment involved no cats as it happens) Calhoun had noticed the emergence of aberrant behaviour in the colony: offspring being abandoned by mothers, increased levels of aggression, abnormal sexual and social behaviour.

The oddest phenomenon was the appearance of what Calhoun termed ‘Beautiful Ones’. These were mice that did nothing except groom, eat and sleep. They were utterly introverted, focused completely on themselves, and never engaged with any other mice. Almost as if they were autistic. If a Beautiful One was subsequently transferred to a normal mouse environment, it couldn’t do anything. It had been irrevocably de-moused.

What factors had precipitated this Mousepocalypse?

While Calhoun concentrated his attention on population density as the key driver in bringing about collapse, other analysts have since noted that the mouse colony was inescapable. No mouse could scamper off to pastures new. The mice were well and truly trapped. At peak population there was no more defensible territory available. The colony was also chronically inbred. No new blood was introduced into the gene pool.

Coupled with the incestuous genetic feedback loop, the mice experienced none of the usual environmental challenges to prompt them to learn, perpetuate or develop basic survival skills. The Mousetopia contained no hazards, such as diseases, temperature fluctuations or mouse traps (obviously). The mice therefore had essential behavioural instincts bred out of them, a sort of Darwinism in reverse; the un-fittest could survive as well as the fittest, eventually predominating.

This would suggest that the permanent presence of the cold, cruel hand of Mother Nature is necessary to keep a species on its toes. There needs to be the occasional cull now and again to weed out the weedy. Perhaps this is what happened to the dinosaurs. Life was oh-so easy in the steamy Jurassic swamps. And then along comes a bit of a cold snap, and bang goes your Brontosaurus.

Calhoun’s experiment has been repeated several times, always with identical results. The colonies reach a peak and then collapse. Malthusians and eugenicists are convinced that these experiments demonstrate the dangers of allowing the human population to swell unchecked. We are overpopulated, and the depletion of oil, gas, fresh water and fertile farm land will cause the collapse of civilisation in a few decades. We must limit ourselves to healthy, sustainable numbers. But no one knows what a healthy, sustainable number should be. Cave man numbers? Ancient Egyptian numbers? Greek? Tudor? Basingstoke? Who can tell?

The Calhoun experiment is also cited by those who would condemn the Welfare State. Give people all they want without having to work and provide for themselves, and decadence and decay inexorably set in. A term coined by Calhoun to describe the dystopian environment of his mice, ‘behavioural sink’, has crept into the vernacular of local councils when they refer to their ‘sink estates’.

Calhoun wrote: ‘When all sense of necessity is stripped from the life of an individual, life ceases to have purpose. The individual dies in spirit.’

Will there ever come into existence in this world the human equivalent to Mousetopia? Ample sustenance. No predators. A limited gene pool. Cosseted. Insulated from risk. Having no need to sow, nor to reap. Needing to do nothing at all, save groom, eat and sleep?

Such a society would be in danger. Mousetopia should serve as a warning. Beware of becoming a Beautiful One. It is an evolutionary dead end. Do not get caught in that particular mouse trap.

John Bumpass Calhoun was a brilliant and controversial pioneer. TCW Defending Freedom readers will be able to work out that his name is an anagram of: Humans’ job – slouch, nap? But no doubt any one of the beautiful mice could have told us that.