Oh for a Burns to skewer our lousy politicians 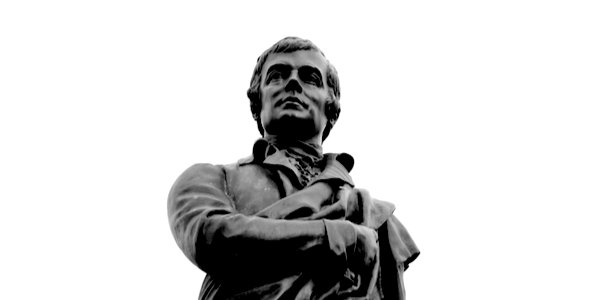 ‘O wad some Power the Giftie gie us to see oursels as ithers see us!’

ON Saturday it was Burns Night, which celebrates both the romanticism and the caustic wit of the Ayrshire poet. The words above come from his satirical poem To a Louse, written, it seems, on seeing one on a Lady’s Bonnet, in Church, 1786. He was sitting behind her, and was distracted from her grand attire by watching the wee beastie creeping over her splendid hat. It’s a sentiment especially appropriate for our age, in which so many individuals and groups remain unaware of the need for critical self-evaluation.

Take the Prince of Wales, heir to a throne that has, during the lifetime of his mother, eschewed any political involvement or commentary. The prince, visiting Israel to coincide with Holocaust Memorial Day, made a point of going as well to Bethlehem in the West Bank, and speaking out about the hardships faced by the Palestinian people.

He wished them ‘freedom, justice, and equality’ in the future. I wonder if Hamas and Fatah were listening?

Then we have rumours that the Duchess of Sussex has political ambitions. According to Fox News, this is entirely possible. ‘Meghan is rewriting the royal rule book and her desire to bring about change (sic).’ It appears that there’s ‘much more to Meghan’, and something about a global platform, essentially leftward social etc. Do we have another Ronald Reagan in the making? Well, at least Reagan had a slew of successful films under his belt before he decided to diversify, as well as a happy marriage. I wonder just who would vote for Meghan? She’s certainly trying to cosy up to the Obamas.

Burns might have been a lot more entertained by the antics of our own UK politicians. For example Emily Thornberry, aka Lady Nugee, the shadow Foreign Secretary and candidate for the Labour leadership. When she was seven, her parents divorced and she then qualified for free school meals. She failed the eleven-plus and went to a secondary modern. Asked by the BBC’s Andrew Neil for her opinion on selection in secondary schools, she said she wanted ‘good schools up and down the country’, and supported comprehensive education, not selection. But when challenged about her decision (like her fellow traveller Diane Abbott) to send her son to a partially selective school, she claimed that ‘as a mother’ she would never apologise for doing the best for her kids. Oh dear; you can, but we’re not allowed to.

Perhaps the most illuminating example is that of our illustrious Leader of the Opposition. He is perceived very differently by two sets of onlookers. There are the Rebecca Long Baileys of the political world, who gave him ten out of ten. These were evidently the onlookers who saw only the Lady’s splendid hat that Burns was sitting behind. Then there are all the rest of us who don’t rate him highly at all. Yet he seems strangely unmoved by the fact that we are not interested in the grand bonnet, but can all see the wee beastie climbing all over it. Burns has nailed it: ‘Ye crowlin ferlie; ugly creepin blastit wonner, detested, shunned by saint and sinner’ etc.

Dispassionate self-awareness is a valuable characteristic, and would be especially sobering for all those politicians who continue to see themselves exclusively as presented in their campaign literature or their carefully edited Wikipedia profiles. I quoted Burns’s insightful comment at the outset, but what he went on to say is even more important: ‘It wad frae mony a blunder free us, an’ foolish notion.’ Oh, wise man!

Note: For those not raised in Ayrshire and accustomed to the local vernacular, there is an English translation on this website. But be assured, the English can’t hold a candle to the Bard’s wise and vivid words.