NewsPaperthe art of publishing
HomeNewsOh, for the innocence of Woman’s Realm
73

Oh, for the innocence of Woman’s Realm 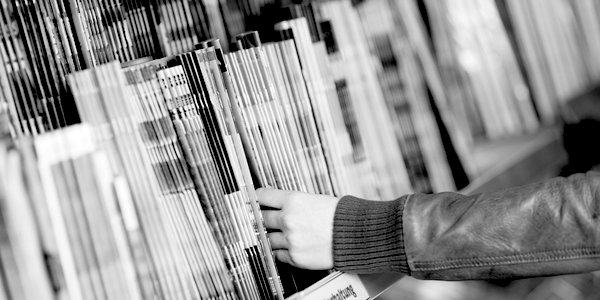 The Department of Health and Social Care recently reported that ‘ultra-processed’ foods may be linked to cancer. These included pot noodles, ready meals, cakes and confectionery with long lists of additives, preservatives, flavourings, sugar, fat and salt. Items such as these now account for half of all the food bought by UK families.

This followed a warning last year that nearly a third of UK children aged between two and 15 are overweight or obese. The fattest five-year-olds are in low-income groups and twice as likely to be obese as middle-class children. It was also revealed that we spend more annually on treating obesity and diabetes than on the police, fire service and judicial system combined.

Who are these disturbing reports meant for? The people who take notice of them don’t need them and they point the finger at people they do not know and never meet.

Has anyone in the DHSC ever met one of the guzzlers who are costing the country so much? Have they any idea about the kind of dystopia in which the fat-poor now live, fed on a diet of poor-quality food, nasty TV and even nastier written content? If they are curious, they could try picking up one of the women’s chat magazines on sale in most supermarkets, though perhaps not Waitrose.

This week’s Chat offers us ‘Raped Live on Screen’, ‘Did Daddy leave a Trail of Death?’ and ‘How could he do this to my girl?’ showing a young girl with horrific injuries. Inside it offers ‘More True Stories’ including features on medical conditions too disgusting to relate.

For about 90p these red-top tabloids sell a lot of isolated women a morass of anxiety and violence; a world where healthy eating is the least of their problems.

Chat magazine was launched in 1985 by ITV Publications at a cost of £4million. It sells about 400,000 copies a week, a similar figure to the similar that’s life! magazine. Take a Break, offering more lavish cash prizes, has half a million readers, while Bella has about 200,000. That’s at least a million British women sitting on DFS sofas, eating pot noodles and reading about rape and mutilation as if they were a norm of UK life.

Unlike traditional women’s magazines, the sort your mother used to buy, these do not give much advice on home decorating, child-care or cookery. Apart from selling the idea that violent sex and incest are par for the course, the latest issue of Chat tells you where to buy the best pizza, and how to make cheap toffee apple pancakes, perhaps to bribe the rapist when he gets home from the pub. Realistically, considering its diet of death, it doesn’t have any health pages.

that’s life! has one. Following an article on ‘Falsies for Kids’ comes a horrid ‘true-life’ story with grisly photo about a child with a tumour of the pituitary gland. With cynical hypocrisy, under the heading ‘Telly belly’ comes a tiny piece about obesity in children who watch too much TV advertising. That must surely add to the reader’s helplessness and depression. It also gives a recipe for gammon and brie hash brown stacks, no calorie count offered.

The more upmarket Woman’s Weekly, which still has features on knitting, health, gardening and travel, and readers who ask which food mixers to buy, doesn’t do much better on diet. Its own nutritionist says his favourite recipe is poached eggs on a muffin with hollandaise sauce. The recipes are all for puddings, including salted treacle tart and chocolate roly-poly, plus, appropriately, a feature on high blood pressure.

At least Woman’s Weekly’s readers have heard of hypertension. The chat magazines audience seem to live in a world of sugary drinks, fatty foods, fear of other people, and as much oblivion about dark reality as they can manage. Why would you want to move off the DFS sofa paid for on credit over five years, go out and buy broccoli and celeriac with all that confusion and mayhem apparently going on outside, and rapist partners and psychotic children murdering grandfathers indoors?

My mother’s favourite magazine, Woman’s Realm, first published in 1958, was full of features about home decorating, knitting and twenty quick recipes to be cooked from scratch. This huge cultural change in women’s reading matter hasn’t happened by accident.

Since the 1980s newspaper and magazine editors have noticed that aiming products at the educated bourgeois, who have money but tend to spend cautiously, is not as lucrative as selling to an increasingly uneducated and growing under-class who respond with enthusiastic naivety to advertising, whether for sofas, food or online gambling. Apart from expensive cars and Waitrose at Christmas, TV ads now rarely feature a middle-class voice.

It has been a long time since the BBC or British educationists tried to offer white middle-class values and aspirations to children. That kind of thinking surely belongs to the age of Woman’s Realm.

It’s obvious that what people ingest from their reading and viewing has a huge effect on their mental and physical health. For a teenager, reading teen magazines and looking at social media can make you slim, in some cases skeletally so, even to the point of death. However, as an adult woman what you read can help to make you fat and increasingly helpless.

It is unlikely that any government department is going to change this, because our culture, skewed to the Left, opposes any form of hierarchy, disapproving of anyone passing judgement on the lives of others. Besides this, according to liberal post-modern ideology, the writing in chat mags must be seen as of equal value to that of Shakespeare, although not perhaps Margaret Atwood. It wouldn’t be a surprise to hear someone on BBC Radio 4 say that if he were alive today Will would be writing for Chat or Take a Break.

Ironically the insistence on levelling has led to the de-skilling of the British working class. Girls no longer have cookery lessons, emphasising knowledge of nutrition and feeding a family cheaply. That would be seen as unthinkably sexist. Most likely we will continue as we are: a fat, fragmented, class-dominated society where some practical, vocational skills might or might not be returned to some people who are seen to most need them. Mrs May, in her recent speech about university education, hopes this will happen. She even suggests wanly that some middle-class people will favour their children going into practical trades.

The answer would be to give all children in all state schools a rigorous education from primary school upwards. If our profound educational failure goes on there is little chance that thousands of British people and their children will ever prefer reading books about real life to chat mags featuring rape and child abuse, or that they will ever start eating salad rather than take-away pizza.