NewsPaperthe art of publishing
HomeLaura PerrinsOh-so-caring Britain … a land where, ignored by police, a council welfare...
390 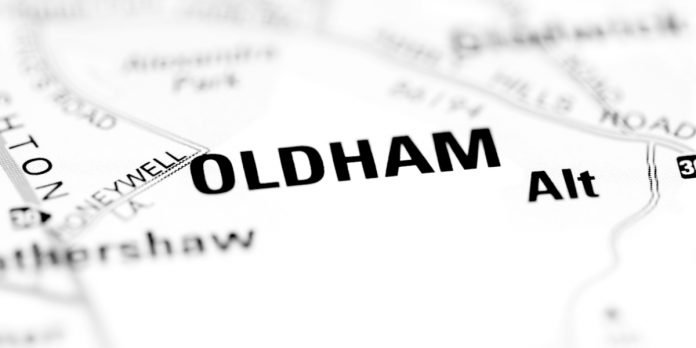 DID you hear the one about the child rapist who was also a welfare rights officer at Oldham Council?

You just couldn’t make up the story of Shabir Ahmed, one of nine men convicted in 2012 of sex crimes against girls aged 13 to 15 in the Rochdale and Oldham areas. He was given a 22-year jail sentence.

In a 202-page report published this week, authored by Malcolm Newsam, a renowned child care expert, and Gary Ridgeway, a former detective superintendent with Cambridgeshire Police, Greater Manchester Police and Oldham Council were criticised for failing to protect some children from sexual exploitation.

A clear standout failing was Shabir Ahmed, who was a ringleader of a grooming child rape gang in Rochdale. He was employed as a ‘welfare rights officer’ by Oldham Council despite having been arrested for child sexual assault.

Dear reader, of course he was. This is Britain, home of the safeguarding officer, the risk assessment on the danger of having conkers in school, and ‘health and safety’. So obviously, obviously, no one told the council that the bloke employed as a ‘welfare rights officer’ was in fact a real and present danger to the girls of Oldham.

The report noted that Greater Manchester Police were told in 2005 of a ‘serious allegation of child sexual abuse’ perpetrated by Ahmed, a divorced father of four, but officers failed to inform Oldham Council.

The report said: ‘As a welfare rights officer, he would potentially have had contact with a range of vulnerable adults and their children. This matter should therefore have been referred to Oldham Council as his employer. If this had happened, it may have potentially avoided the tragic abuse of other children.’

Ahmed was charged in 2011 with the rape of the child first brought to the attention of police in 2005. Despite allegations of ‘profound child sexual abuse’, the report said there is no evidence that the council conducted an assessment of Ahmed’s ‘circumstances’.

The report also found that Oldham Council’s taxi licensing service didn’t much care who got a licence. In fact, it had no problem in issuing licences to men who had committed serious sexual offences against children. In 2014, a council review identified five drivers with serious criminal convictions. Only one had his licence revoked.

Finally, there is the quite unbelievable story of ‘Sophie’, victim of a horrific multiple rape attack at the age of just 12. But why didn’t she go to the police? Well, she did go to the police, but they didn’t much care about Sophie’s welfare. In fact, it was from a police station that Sophie was abducted and then gang-raped.

It happened like this. Sophie went to Oldham police station to report being raped by an Asian man in October 2006. The police weren’t bothered about a 12-year-old girl coming to report a rape. She was told to come back when she was ‘not drunk’.

Unbelievably, Sophie was then abducted by a man who was also visiting the police station, and raped in a vehicle by two men, before being taken to a house and raped multiple times by five different men.

The report also said that residents of a street including the house where Sophie was raped had ‘repeatedly told the council about a large-scale grooming operation in which taxis would amass on the street every Wednesday night and children would be taken to the address in a conveyor belt fashion’.

The response of the council to a letter from the chair of the Commons Home Affairs Select Committee, concerning the abuse that Sophie had suffered, described her complaints as ‘litigious’ and refused to answer the chair’s enquiries ‘due to the passage of time’.

Just what exactly is the point of the police? How can a child who has gone to a police station to report a rape actually be ignored and then abducted from that police station to be horrifically abused and raped again?

How can children be taken to a house to be raped in a ‘conveyor belt fashion’ in plain view? There are no words that can describe such a demonic state of affairs.

The response by the council and police has been that ‘things have changed’. I wouldn’t bet on it.

Share
Facebook
Twitter
WhatsApp
Email
Previous articleYou can be a rebel, but only if you’ve got an approved cause
Next articleThe BoJo Academy: Ukraine, you saw, you concurred, Headmaster!