Oh! What a Lovely Propaganda War 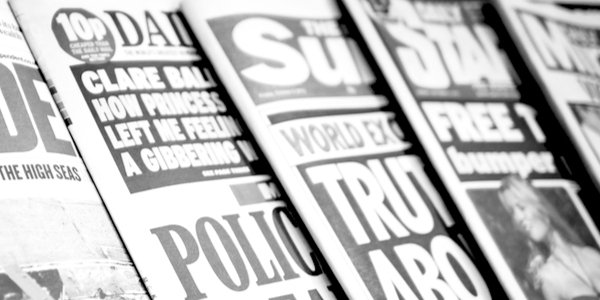 THE Babi Yar Holocaust Memorial in Kiev was damaged in a deliberate Russian missile attack, Fox News reported on March 2. President Zelensky, himself a Jew, condemned the attack as ‘beyond humanity’.

Babi Yar, a ravine outside Kiev, is the site of massacres carried out by Nazi forces, including collaborators from the Ukrainian Auxiliary Police, in September 1941. It was the largest mass-murder by the Nazi regime in their war against the Soviet Union involving the murder of more than 30,000 Jews, and is regarded as the single most atrocious massacre in the history of the Holocaust.

The news report was taken up by USA Today, CNN and the Twittersphere, and quickly repeated in every major media outlet

The only problem is that it never happened.

A journalist visited the site shortly after and photographed it, finding the memorial unscathed. There had been an attack, but it was on a communications and television tower complex more than half a mile from the old memorial.

It’s not just a question of having a better understanding of the realities of warfare (as Patrick Benham-Crosswell wrote in TCW on Saturday, ‘mortar, artillery and rocket fire are inherently inaccurate – they are an area weapon . . . if a single building, even one as large as a hospital, is hit by an isolated indirect fire round or small salvo it is quite possible that it was not the intended target’) but fundamentally that the official Ukraine narrative from the West’s MSM is not the only or necessarily the correct version of what’s going on.

As ever, the first casualty of war is the truth. The West has condemned Putin’s military assault on Ukraine as a war crime, but while the indiscriminate killing of civilians is unacceptable, the difficulty lies in discerning exactly what is going on in a relentless disinformation battle.

For the West, Putin has violated international law and invaded an independent sovereign country, all guns blazing. Some even suggest that his ultimate aim is to smash Nato once and for all, driving the US out of Europe.

Others, including the commentator Michael Tracey, maintain that the opposite is the case. It is Ukrainian officials, he argues, that are trying to goad the US into war, with widespread demands for the creation of a No Fly Zone (NFZ) over Ukraine which would entail active Nato participation and lead to open US military intervention. Zelensky who is currently enjoying western adulation as an ‘international folk hero’, claimed in a rally in Frankfurt last Friday that : ‘All the people who die from this day forward will also die because of you, because of your weakness’ and condemned the alleged cowardice of the Nato countries for their failure to impose this NFZ.

These are sentiments echoed by NBC News which uncritically reported a tweet from Ukraine’s Foreign Minister stating that the ‘Russian shelling of a nuclear power plant’ was about to cause a nuclear disaster ten times worse than Chernobyl’. Sceptics however see this as part of a co-ordinated campaign to ratchet up the horror to persuade Nato to impose a No Fly Zone, on ‘humanitarian’ grounds, and in effect declare war on Russia.

Likewise the Daily Mail reported that the Institute of Physics and Technology in Kharkiv (KIPT) had been bombed and set ablaze, in what Ukraine’s Nuclear Regulatory Inspectorate called ‘an act of nuclear terrorism’. The inspectorate claimed that ‘the device had been loaded with fresh nuclear fuel’, and the attack posed the threat of a nuclear disaster. The International Atomic Energy Agency (IAEA) however disclosed that no radiation had been released. Harvard nuclear proliferation researcher Matthew Bunn said the facility generates virtually zero fission products with no highly enriched uranium products on site.

Despite this the threat of a devastating radioactive leak has added to the rumours that Putin will, if necessary, employ nuclear warheads against Ukraine, to bring about a ceasefire, and that all nuclear threats emanate, according to these sources, from Russia. Again, unwitting or naive Western journalists and editors and their ‘fact checkers’ are spreading a highly selective account of activities on the ground.

Misinformation is not the prerogative of the Ukrainian Government. As Glen Greenwald reports here, the American press spent weeks mocking as ‘disinformation and false conspiracy theory’ the claim that there are biological weapons labs in Ukraine. On March 8, however, US Under Secretary of State Victoria Nuland testified before the Senate Foreign Relations Committee that Ukraine has biological research facilities: ‘We are quite concerned that Russian forces may be seeking to gain control of (those labs), so we are working with the Ukrainians on how they can prevent any of those research materials from falling into the hands of Russian forces.’

In a mea culpa for Fox News last Friday Tucker Carlson apologised for foolishly believing that the US-funded bio labs in Ukraine story couldn’t be true, and then for falling for the Biden administration’s excuses. Once again, he said, ‘what had seemed like a nutty conspiracy theory turned out to be true’. Victoria Nuland’s testimony raised at least two immediate questions, he said: What exactly are these labs doing with our money and in our name? And why didn’t the Biden administration secure the contents of these labs before the Russians invaded?

We do know, he goes on, ‘that in 2010, the US government helped fund construction of a brand-new level-3 biolab in Odessa, Ukraine . . . designed for research on new and “especially dangerous pathogens” in Ukraine, the poorest country in Europe . . . not a hotbed of biomedical research. Why Ukraine? We don’t know. Someone should find out.’

So it was not perhaps surprising that the latest outrage scenario concerning the alleged bombing of a Mariupol maternity clinic (or was it a children’s hospital?), that killed three people including a child (or was it 17 casualties including medical staff?) has begun to generate misgivings.

It goes without saying that the bombing of medical facilities and the targeting of mothers and children, as so shockingly shown and condemned on every international front page, would be a humanitarian outrage. Mariupol is rapidly taking on the role of a Ukrainian Guernica. And President Zelensky has accused Russia of genocide after the bombing, which he claimed buried patients in rubble, and ignored a ceasefire deal for people to flee the city.

But who to believe? Russia is claiming that this was ‘fake news’ and that the former maternity hospital had long since been taken over by Ukrainian troops, who were firing from it.

What is for sure is that an information war is raging alongside the real war. So far the pro-Ukrainian versions are winning. Large sums have been raised for Ukrainian relief, and everything Russian is now condemned as evil. President Zelensky has even been awarded the Freedom of the Scottish Highlands. Milan University banned a course on Dostoevsky, although they have subsequently backtracked. Wales has just banned Tchaikovsky to the disgust of Norman Lebrecht: ‘At the start of the First World War, the Proms conductor Sir Henry Wood informed the British government that he would continue performing Wagner and other Germans. The same rule prevailed in the Hitler war. Only the Nazis ever banned Tchaikovsky.’

A credulous but ill-informed public are only too happy to swallow all of this whole. After all, just a short time ago, who had ever heard of Ukraine, let alone knew where it was; what a No Fly Zone was and what were its implications, and who or what was Dostoevsky anyway? Many still don’t.

As one frustrated commentator explained: ‘You would never know any of this if you read the news and didn’t do your own research, and no-one ever talks about it. I don’t have the time or energy to look into every single story and get to the bottom of it. It would be so nice if the media reported the truth and informed us…. You know, their job. Instead all they do is relentlessly lie and frame things in deceitful ways. Reading the news, assuming the opposite of everything they say is true is a very accurate and consistent way of getting information.’

Oh, for an honest, responsible, unbiased media that would do its job of thorough investigation and authentication before publication.