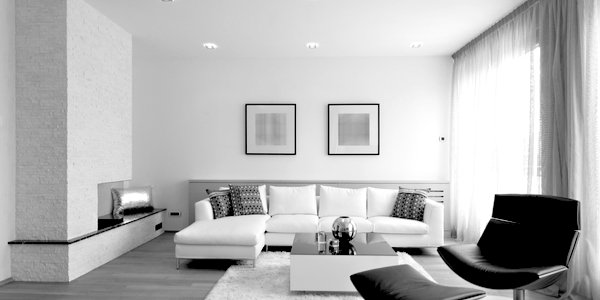 Oikophobia was simply a technical psychiatric term indicating fear of the physical home interior and its contents, toasters, vacuum cleaners and the like. Then in England and the Need for Nations, 2004, Sir Roger Scruton took the word and gave it a cultural meaning, ‘the repudiation of inheritance and home’.

Oikophobia is the academic counter to the supposed xenophobia of the hoi polloi. It is opposed to Western culture and the unfashionable educational curriculum that sought to transmit its humane values.

Although a relatively new term in cultural discussion, oikophobia as an attitude has a long pedigree. Throughout the 20th century it was the default setting of the Left-leaning British intelligentsia. The oikophobia of Western intellectuals is not so much cultural commentary as an extended sneer against the civilisation which gives them the freedom to sneer.

In Notes on Nationalism (1941), written when Britain was in a struggle for its very existence, George Orwell wrote: ‘In societies such as ours, it is unusual for anyone describable as an intellectual to feel a very deep attachment to his own country.’

Oikophobia goes even further back. Exactly a century ago, the trashing of Victorian England began. As the Great War that had all but destroyed Europe ended, Lytton Strachey, an original champagne socialist, sadomasochist homosexual and founder member of the Bloomsbury set, published a slim volume of four biographical studies under the ironical title Eminent Victorians.

Strachey’s aim was to indict the giants on whose shoulders he stood. He succeeded, even beyond his dreams: The forebears whose Victorian virtues had inspired the nation that had just led its Allies to victory over Imperial Germany would from then on be known primarily for one vice: hypocrisy.

Today the BBC carries on the tradition of downplaying Britain and the civilisation it has produced. It is unlikely that Orwell would get a job with today’s BBC.

It takes more than adding an ‘s’ to make an acceptable sequel. Will Gompertz, the BBC’s own arts editor, savages it thus,

‘Civilisations is more confused and confusing than a drunk driver negotiating Spaghetti Junction in the rush hour.’

Covering the breadth of differing civilisations is a laudable, if unlikely to be achieved, ambition. What is much more questionable is the determination to downplay Western civilisation as just another hotchpotch of ideas and artefacts, no more remarkable than any other. The BBC’s disdain of Western culture is continued by Prof David Cannadine in his Radio 4 broadcast Civilisation: A Sceptic’s Guide.

Samuel P Huntington’s 1996 book The Clash of Civilisations is, for Cannadine, the end point of a damaging effort dividing the history of humanity into stories of ‘us’ against ‘them’. This, he suggests, is at the root of today’s struggle between Western values and ways of life and international terrorism rooted in Islamic civilisation.

Downplaying the differences between civilisations, Carradine argues peoples have more in common than separating us. Yet migration is pretty much a one-way traffic with hundreds of thousands desperately fleeing other civilisations to enter the sphere of Western cultural influence.

The British, especially the Victorians, took upon themselves the role of world-changers. Had they been hypocrites, as we are taught today, hiding their greed behind a cloak of virtue, they would not have inspired so many other peoples to adopt their cultural practices.

The survival of Western civilisation owes almost everything to the fact that the English-speaking peoples have developed and upheld values and principles other peoples and civilisations have either from time to time abandoned or never understood or observed at all.

We have an emphasis in education, from primary school to post-graduate studies, stressing the historical shortcomings of the British empire and the American superpower. The evils of slavery and colonialism, and the social injustices and economic inequalities of the two major English-speaking peoples are underlined.

Obscured or never hinted at is the underlying truth: that the preordained task of creating and developing, in theory and in practice, the free world, has been the mission of the English-speaking people. In due course it has also been our duty to save it from the dangerous fools and madmen who have come close to destroying it.

The attempt by state-sponsored multiculturalists to portray Western civilisation as nothing very remarkable is dangerous. Oikophobia has consequences outside Oxbridge common rooms. Can we expect intelligent young Muslims to be attracted by and wish to integrate fully with a civilisation whose leading intellectuals loudly proclaim that it isn’t up to much and is no better than any other?

How much more attractive must the certainty peddled by jihadist hatemongers seem. Confidence can easily be mistaken for strength. Osama bin Laden said: ‘When people see a weak horse and a strong horse, by nature, they prefer the strong horse.’ He wasn’t wrong.

What our oikophobes seem unable to grasp is that patriotism is not jingoism. The patriot recognises his country is unique, and also recognises that its values are not universal. He identifies with the values of his country, but allows for criticism and dissent. The patriot is comfortable with some forms of change because he wishes his country to develop, but does not clamour for a transformative refashioning. He is also willing to protect his country from forces that would subvert and destroy it.

Scruton argued that oikophobia is ‘a stage through which the adolescent mind normally passes’. Unfortunately oikophobia retains its attraction for intellectuals in the West, and is a long time passing.