NewsPaperthe art of publishing
HomeNewsOn Brexit, the EU is our enemy
0

On Brexit, the EU is our enemy

THE disastrous Theresa May believed that in the EU she was dealing with friends and allies with whom she could conclude a close and lasting relationship to our mutual benefit. After the German government virtually dictated her surrender document, the Withdrawal Agreement (for which even after the Johnson improvements we will pay a heavy price, with some payments to the EU up to 2064!) only a fool would be so naive. The Johnson negotiating team needs to be strong, interest-led, ruthless and willing to walk away. As the Foreign Office always says, ‘We don’t have friends – we only have interests’. In the EU we have actual antagonists.

We have shown many times on the Freenations website the EU’s collective antipathy to Britain and the Anglo Saxon world in general. The disparaging description of us by German figures as ‘Die Insel’ (the island), the arrogant assumption that the EU states have a right to our fishing grounds even after we have left the EU, and the blatant undermining of our business interests in other countries all show that we cannot assume goodwill in the coming trade negotiations.

Indeed the EU starts from the assumption of power over us. In last year’s BBC documentary an aide of the EU negotiator Guy Verhofstadt said: ‘We finally kicked them out. We turned them into a colony – and that was our plan from the first moment.’

Before the UK has even left the EU, the British Government has granted 2.5million (of the total 2.8million) EU citizens ‘settled status’. The remainder have another two years to register. A Home Office spokesman said: ‘It’s free, there’s plenty of support available and it provides a secure digital status which can’t be lost, stolen or tampered with.’ Apparently no EU member state has gone so far as that for our Britishcitizens in their countries. We are of course now able to reject as citizens those murderers, rapists and violent criminals who, while in the EU, we could not send home!

The EU also demands that the UK no longer participates in the Galileo satellite system ‘for security reasons’ even though the UK has already contributed 1.4billion euros to the project and the EU wants to continue to benefit from UK intelligence and security information after we leave. What aggression and hypocrisy.

Nazi and Fascist Europe in the 1930s and 1940s referred with utter contempt to ‘Anglo Saxon democracy’ as a term of political abuse. In the EU it is (like so much else) the same today.

It was the President of the European Council, Donald Tusk, who said there was a ‘special place in hell’ for British Eurosceptics (17.4million of them). And it was the former president of the EU, Jose Barroso, who said ‘people who matter in British politics’ were thinking about giving up the pound. Barroso’s ‘people who matter’ did not of course include the voters who rejected the euro by some 80 per cent.

In an interview with European Report, Annemie Neyts-Uyttebroeck, president of the European Liberal Democrat and Reform Party said:

‘Even within the European Parliament, these EU opponents represent 5 per cent of the total with their silly little flags. Why do we let them do it? They have the right to have stupid opinions in a democracy, but these people should be attacked by telling them that they are stupid.’

The Remainer class in the UK is heavily dominated by those who benefit most from EU power, EU employment, and the totally mythical ‘EU funds’ (not a penny comes from the EU for which the British have not paid twice over).

The academic class benefit from EU programmes such as the Monet Chairs at Universities and the Erasmus student grants, which, they claim, will disappear after Brexit. Pro-Brexit Facts has done some research and finds that:

·       The proportion of UK students using Erasmus is a mere 0.51 per cent. Even more important, there is no reason why the UK outside the EU should not continue to ‘benefit’ since other participants include Serbia, Turkey, Norway, North Macedonia, Iceland and Liechtenstein and on a more limited basis Russia, Algeria, Egypt, Albania, Syria, ‘Palestine’ and Tunisia, not one of which is an EU member.

The EU and its defenders base their politics on power and only power. When some 25 years ago I was debating in Newcastle upon Tyne with a euro-fanatical Tory MP, he shocked the audience by suddenly shouting: ‘But don’t you understand? It’s power – that’s what we need – power’. There was silence. His side lost by a large margin.

Helmut Kohl said ‘might is right in politics and war’ and we should be under no illusion that in these trade negotiations the EU will exploit to the full their perceived power over our economy and trade in order to maintain their political and constitutional power over us.

It is because we are now free that those who imprisoned us are so angry. It is the exact opposite of a war. We may have agreed a peace treaty but the hostilities now begin.

This article first appeared in Freenations on January 16, 2020, and is republished by kind permission. 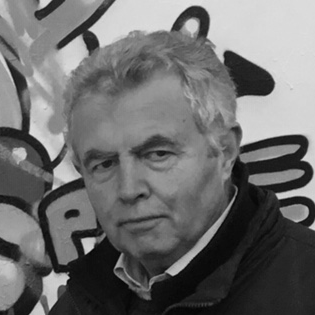 Rodney Atkinson
Rodney Atkinson is an entrepreneur and political economist who is the author of some 500 articles and policy papers. His Freenations website is 23 years old. His latest book is . And into the Fire is available on Amazon.