On Sunak’s big day, a vacancy Corbyn failed to budget for 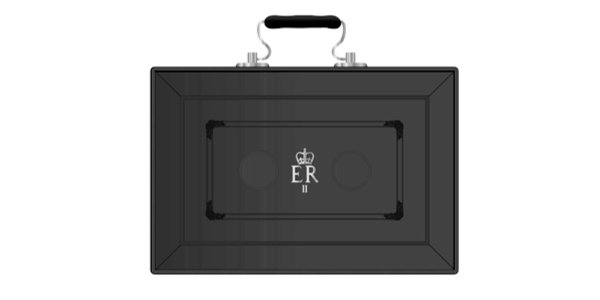 RISHI Sunak will be announcing his first Budget later today. Usually, when the Chancellor of the Exchequer makes an announcement in the Commons, the person who responds is the Shadow Chancellor. However, this pseudo-convention does not apply for what is the Chancellor’s Big Day. The job of the response falls to the Leader of the Opposition.

It is possible to know what Jeremy Corbyn will say. It will be a shopping list of grievances, portraying the country as being in the midst of an economic and social disaster, NHS collapse, etc. There will be accusations that the Conservatives’ economic policies have been crafted to benefit hedge funds and billionaires who are Labour’s bêtes noires de nos jours.

Millionaires across the country must be breathing a sigh of relief. Labour no longer regards them as a social enemy. It is strange therefore that this alleged desolation and collapse did not feature prominently during Labour’s campaign, which seemed to be more about giving away broadband for free and making the country a hostile environment for the State of Israel and British Jews.

But what is Corbyn actually doing there? This will be the first time in modern British history that a Leader of the Opposition whom everybody knows will be quitting is standing up to address the Chancellor on Budget Day.

In similar circumstances, following electoral defeat, the Labour leader would be gone and the acting leader would be making the response. The acting leader would have been the deputy leader prior to the leader stepping down. This is what happened in 2015, when, for the July Budget, Harriet Harman stood in place of Ed Miliband, who had announced his resignation hours after being defeated by David Cameron the previous May.

Labour’s problem is that it currently does not have a deputy leader. Tom Watson announced he was stepping down at the General Election. This seems to have saved him the humiliation of losing his seat, which fell to the Conservatives in December.

Labour’s rules simply did not cater for the scenario that both the leader and the deputy would be gone or on the way out. This might explain why Corbyn is still there, despite Labour’s worst trouncing since the Great Depression. There is no one who can replace this two-time loser. While it is fair that Labour should plan for success, it should also cater more for failure, as on this the party does have quite a lot of form.

It is likely that any substitute for Corbyn would have reeled off the same shopping list of grievances despite these being insufficient to convince the voting public less than three months ago.

The Grand Old Moan is perhaps more ceremonial than it is functional. But the fact that the jeremiad is being performed by someone who will be sloping off to the back benches within weeks demonstrates the level of disarray in which Corbyn is leaving the Labour Party.

It is an indictment of the internal workings of the party that there is currently no alternative to Jeremy Corbyn. Johnny Rotten would know what to say. On this issue, as with the current position of deputy leader, Labour is Pretty Vacant.