NewsPaperthe art of publishing
HomeNewsOn the first day of Christmas . . .
44 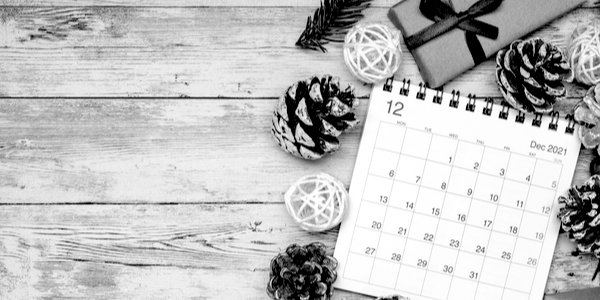 SOMEONE said: ‘Christmas isn’t just for Christmas: it’s for months.’ I must admit it does feel a bit like that. Most people enjoy singing Once in Royal David’s City. But when I was a priest in the City of London such was the hailstorm of carol services for choirs and clergy in December that some of us sang it 15 times. All this before Christmas actually arrived.

Why are we made to live our lives in advance like this? They are already doing Highlights of 2021 all over the BBC. This used to be done decently on New Year’s Eve. Anyhow, I am going to keep today as the First Day of Christmas and I’m going to keep it for all twelve days – right up to the feast of the Epiphany. In the Middle Ages, just before I was born, some parts of the church kept Christmas decorations up until Candlemas on February 2.

And I’m going to use part of the Twelve Days of Christmas to look more closely at the Christmas story. Or rather I should say the three different Christmas stories: for three out of the four gospels record the birth of Jesus and each has its own character and colouring. How well do we really know this familiar story? It’s easy, as I found, to doze off during all those carol services and to be merely half-aware of the usual readings. But something miraculous happens when we actually get down and pay close attention to the words.

What about the place where Christ was born? Bethlehem. Even a modern bishop knows as much as that. We go right back into the Old Testament. Bethlehem is where Jacob wife’s Rachel was buried. So when we have the story of the Massacre of the Innocents in St Matthew’s gospel, we have it evocatively described as Rachel weeping for her children and will not be comforted because they are not. Bethlehem is where Ruth gleaned with Naomi. It is the City of David. And David was the Shepherd-King. Now comes the fulfilment as Jesus, of the house and lineage of David, is both King and Beautiful Shepherd. And so, in St Luke’s Gospel, shepherds come to visit him: Jesus, who is not only Shepherd, but Lamb of God.

Ah, but that is not all. Bethlehem means house of flesh. Exactly: it is where the Word was made flesh. In the ancient language it also means house of bread. And Jesus, of course, is the Bread of Life and he gives his flesh as bread in the Holy Sacrament.

We know that Joseph was a carpenter and that Jesus spent his early years in his father’s workshop. Working with wood. And the Greek New Testament word for wood is ulay. It is also the word for the matter out of which the world was made. So, while Jesus’s earthly father Joseph works with wood, his Heavenly Father works with ulay to create the universe. And there is another secret revealed here, as the wood looks forward 30 years to the Cross. And so, as we contemplate the stable and the manger, we are left asking with T S Eliot’s Magi: Were we led all that way for Birth or Death?

Then we turn to St Matthew’s account of the visit of the Three Kings. Except he doesn’t call them kings and he doesn’t say there were three of them. He calls them, in his own language, magicians or astrologers. The English Bible translates this old word as wise men. Jesus was born into a world which believed ferociously in magic, in luck, in what the ancient Romans called Fortuna. Life was a cruel game of chance and it was the pagan gods who rolled the dice. So you had to suck up to them. Society at that time was infested with superstitious rituals and sacrificial acts. It was in the mature Christianity of St Augustine’s day – after the Emperor Constantine had made the Christian faith the official religion of the Empire – that these stultifying superstitions were discarded.

We have to say only partially discarded – because there is always the fickle tendency to revert to nonsense in either its ancient or modern forms: whether it’s the casting of entrails or looking up your horoscope in the Daily Mail. The visit of the wise men is a prophecy of the end of esoteric wisdom as they bow down before the Christ Child and worship him.

St Matthew does say there were three gifts, so let us look at them. There was gold, the most precious metal, the most precious gift, they could bring. But, more than that, the Hebrew word for gold is the same as the word for light. And the little Christ to whom they bring the gold is himself the Light of the World. Think of the Christmas Gospel which you heard at all those carol services and again this morning: ‘That was the true light which lighteth every man that cometh into the world.’

It was all foretold more than 3,000 years ago. I am talking not about the Hebrew Scriptures of the Old Testament but about the Pharaoh Akhenaton, who ruled at the time Joseph of the coat of many colours was in Egypt. Akhenaton was a prophet and religious genius who dismissed the polytheistic Theban priesthood and declared that there was but one God symbolised by the disc of the sun. No doubt Moses’s insistence, while he was in Egypt, on the One God derived in part from the spectacular revelation given to Akhenaton.

Frankincense is the symbol and accompaniment of worship. And the Commandment says that God alone is to be worshipped. So the second gift brought by the wise men tells us that Christ is recognised as God. But such a God! A God so shocking it was never before thought possible. A God who was to die. And that is the meaning of the gift of myrrh. Myrrh for the embalming. And the women followed after and beheld the sepulchre and prepared spices and ointments.

Were we led all that way for Birth or Death?

The most important verses in the Christian revelation, in the whole of Christian truth, are those we read this morning: And the Word was made flesh and dwelt among us; and we beheld his glory, the glory as of the only begotten of the Father.

The words are so familiar. It’s easy to get merely sentimental about them. But don’t be misled. Those words of St John’s Gospel are radical, entirely new and scandalous. So-called religious and spiritualpeople, from the time of the Gnostics and the Manichees to the Theosophists and Hampstead Buddhists, have regarded religion to be a lofty, disembodied thing: something to do with souls and the refined sensibility.

But here we have God made flesh. And the Greek word used is not soma, the word for the body, but sarx which means that which is messy, dirty: in fact something that is cursed. Cursed, said Scripture, is everyone who hangs upon a cross. So then, our scandalous Gospel teaches, the Blessed One became cursed for us. The Eternal submitted himself to time and pain and injustice and death. And it is all for us.

No wonder we celebrate Christmas Day as the day of days!