On the hate-filled Democrats and McCain, Melanie is right and right again 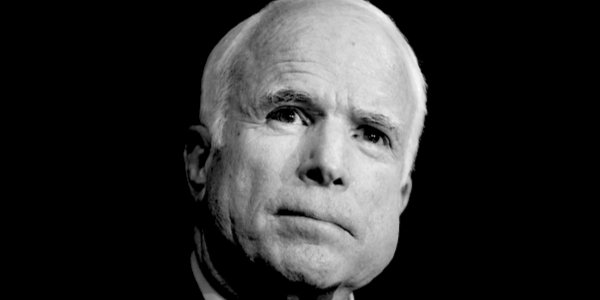 For anyone needing explanation of the shenanigans surrounding President Trump’s nomination of the conservatively-minded Judge Brett Kavanaugh to the Supreme Court, and of the circus that broke out at the first day of his Senate judiciary committee confirmation hearing, go no further than Melanie Phillips’s article America’s Party of Hate and Subversion.

As you can see below, Left-wing activists screamed, chanted and jeered and there were more than 60 interruptions as the Democrats tried to get the hearing suspended. At least 70 people were arrested.

That was how America’s Left responded to a fair-minded, judicious and constitution-minded judge, given the top rating by the American Bar Association – by trying to destroy the confirmation hearing and his candidacy, Phillips explains.

What is going on? Pretty much the same as in the Labour Party here, already taken over by a mob mentality, with senior party members endorsing anarchy and denying thuggery – as John McDonnell has done once more for in response both to Frank Field and now Chuka Umunna.

Melanie’s article is also worth reading for her take on the coverage of John McCain’s death and funeral. Here is the start:

I rubbed my eyes at the repeated description of McCain as a ‘bipartisan’ figure in stark contrast to the divisive incumbent in the White House. McCain reportedly spent an entire year planning his funeral to be what we saw staged – a political rally attacking President Trump.

Now, McCain was an undoubted war hero. Whatever you think about his political views (I thought most positions he took were profoundly wrong) he fully deserved a funeral celebrating his courage and character.

But this was not a funeral characterised by respect for the man who had just died. It was a choreographed event in which establishment grandees took to the microphone one after the other to denounce, in more or less coded fashion, Donald J Trump.

You can read on, about half way down, here.

As ever Melanie is right, and right again.