On Wimmin’s Day, the mess we’re in 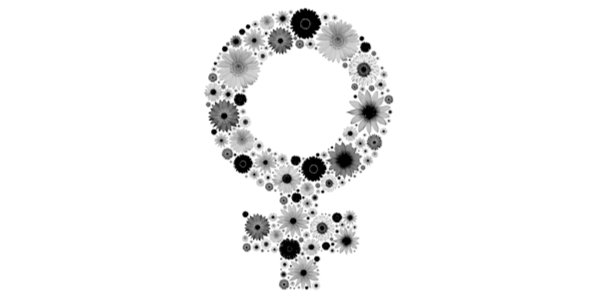 IF WE are celebrating anyone on so-called International Women’s Day today, it is men. As Belinda Brown argues in these pages, it is boys and men who need a boost in modern western society, not women. What’s more, however much feminists may trash them, it’s men they still rely on. Which sex still puts itself at most risk for society? Turn to Henry Getley to find out.

International Women’s Day has become a parody of itself, as has feminism. It beggars belief that our female parliamentarians take it and themselves so seriously, highlighted so cleverly by Gary Oliver today. That no male MP dare speak up, let alone laugh or question it, is testimony to the power of the new feminist hegemony.

That doesn’t make feminism, in a state of crisis since it met its nemesis in the trans movement, as Paul Horgan observed last week, any the less the intellectual mess it is. Once the movement strayed from equal rights and opportunities – both won years ago – to insist on parity, it set up an open goal. Parity is exactly what trans ideology would have us believe – never mind the XX and XY chromosomes, they say men and women are the same, putting women’s once uniquely meaningful biological role up for grabs by anyone. Talk about appropriation. This bizarre tweet for International Women’s Day from UN Women – with a submissive woman sitting by – says it all:

No. They. Are. Not.  My reply to this trans-madness however is not the position shared by Labour’s intellectually challenged female MPs, who following the (il)logic have bought into it, hook, line and sinker. To date we are waiting for the Tories’ terrified opposite numbers to wise up to and reject the frightening parody of femaleness and femininity the trans movement is dictating. Would that it were only pantomime dame time – but it is not. It’s an insanity, and no doubt my pointing this out turns me into a ‘transphobe’ and guilty of a hate crime.

These are the contortions that fanatical feminism has led us into. Stripping us first of our family life and relationships (it’s wimmin who’ve turned their less affluent sisters into little more than economic cogs on a lonely work treadmill) they’ve now reduced what’s left of womanhood to a competing rights victim status up against – if you believe #MeToo – universally and irredeemably toxic men.

It’s this (new) patriarchy victim narrative (despite all the evidence of women being on top) that is the basis of the (old) feminists’ (so far failing) resistance to transgender self-identification.

After decades of insisting that men and women must be the same and interchangeable, transgenders have taken them at their word and invaded their woman’s space! It is Ground Zero moment. Feminist chickens have come home to roost. Are we the same or are we different? You can’t have it both ways.

But it’s where devaluing maternity – making the one role that is unique to women signify nothing and regarding it as little more than an impediment – has led to.

Women have allowed millennia of suffering the pain, risk and death involved in childbirth and child rearing, as well as the fulfilment and joy, to be reduced to nothing.

Can you imagine this casual relegation of motherhood and its social role 50 years ago, when mothers, matrons and matriarchs were still linchpins of family and communities and more, and were listened to and respected as such? Now any so left not working are treated as third-class citizens. What’s happened to diversity here?

It is ironic that the feminists who deplored the stay at home mum now find themselves on the back foot in hiding, in back rooms in Oxford, trying to protect their femaleness with no one really listening to them. Least of all their Labour Party alma mater.

But the attempt to make women like men, the determination to ape men, believing this would bring them all the closer to equality, was destined to fail. Yet it is the idea that has shaped everything, most of all, that all that matters for women is their position in the public sphere, that all that matters, status wise, is work. Feminists’ determination to demote motherhood, to subordinate women’s prior commitment to relationships, family and child rearing, to the male obsession of work, has denied the relevance of sexual differences.

So once again changes to family life that are little short of revolutionary and that should concern women deeply, receive no attention on IWD; anymore than they ever did. Beyond demands for evermore parent outsourcing, evermore childcare provision for ever younger babies; or beyond complaints about its economic costs while the hidden costs, like infants’ ‘speech unreadiness’ for school, they are ignored. (At what point was it forgotten that learning to talk starts before the first word is uttered and that a baby learns most effectively when its feelings are involved in an intimate and secure relationship with its mother?)

You’d think the huge number of fatherless children – no sooner mentioned than passed over – would worry women. This is never addressed by IWD. No more than is the ongoing catastrophe of so many single-mother led, state-dependent households. Denial remains the order of the day. As for the rising abortion rate, well that apparently is good news while fall in conceptions and the delayed age for childbirth are a feminist problem only in so far as the fool proof technological solution is yet to be found.

No, what we predictably got was more silly triumphalism and propaganda over spurious women’s equality achievements – the pinnacle this year being the all-women train fleet launched for the day. That years of positive discrimination recruitment suggest that women might not be that keen, that unemployed men might be a lot more up for this career, of course was missing from the crib sheet. Not so however the latest research from woefully woke UN who trumped everyone else with the news that nine out of ten of us world-wide are biased against women, if you can work that one out.

Behind all this diversionary nonsense, the real feminist-induced calamities loom – loss of empathy, destructive levels of narcissism and self-obsession, institutionalised child-rearing ignorance, male alienation and, not least, a widening chasm between the sexes, which for more and more women means a single and childless future.

Nothing to celebrate here I fear.