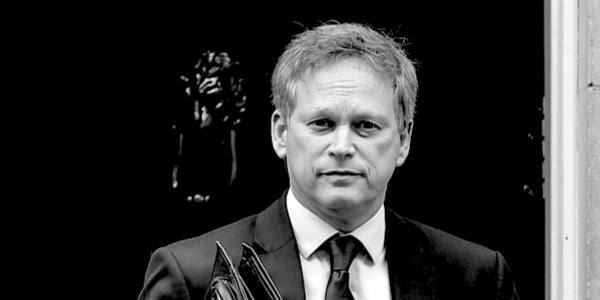 WE’RE on a road to nowhere – Talking Heads

Grant Shapps, the transport secretary, has announced a revolution in urban cycling (unlike London buses, these announcements really do come around every five minutes). As Forbes reports, rather than new funding, the policy is aimed at the fast tracking of statutory guidance.

As a policy it may or may not be a bad thing. On the negative side, one detects in the suspicious-sounding ‘reallocation’ of road space the pious anti-car greenery and health zealotry – what Allister Heath once called the ‘beige authoritarianism’ of the modern state – at work. On the positive side, if it helps allay public fears (i.e. government and media-induced hysteria), increases fitness and gets people back to work, in the process weakening the power of the rapacious transport unions, so much the better.

However, when it comes to the big picture Britain is on the road to nowhere, blind to the fact that we are on the brink of a transportation revolution surely as profound as Stephenson’s Rocket. You thought driverless cars were cool? How about electric flying cars or magways, or hyperloops, freight drones, drone taxis?

Pie in the sky, you might say? Literally so when it comes to delivering pizzas in New Zealand.

Prototypes of other services such as Dubai’s drone taxis are well advanced. Uber are looking at creating a flying car service in Dallas and Los Angeles by 2023. Importantly, much of this technology is hugely scalable: advanced sensor and AI allows previously undreamt-of densities at speed, greatly increasing capacity, as this rather beautiful video of 1,000 drones flying in formation in China shows.

Try this thought experiment: if mass car ownership did not yet exist, would the motorway now be invented? You’d have a hard time to justify it: ugly black scars requiring huge amounts of infrastructure and land. Instead, why not transport small packages by a network of underground magways and freight drones direct to your door, let the railways deal with long-distance bulky freight, use driverless cars and trucks in towns and on trunk roads, one day even perhaps fly inter-city by drone above unspoilt countryside?

Even if you are something of a cynic and think that many of these technologies may go the way of Concorde or the Scramjet, it is hard to believe that all of them will. Other countries are powering ahead, excited by the possibilities – and what do we get? HS2. HS bloody 2. A 1970s, still-born white elephant, cynical, derivative, corporatist, unimaginative and Southern-centric. A future monument to what Sherelle Jacobs of the Telegraph aptly calls ‘Tory mediocrity’ .

Now, obviously the government should not be betting the farm on technologies still in their infancy, but when it seems we could be on the verge of such profound revolution in transportation (the greatest of which, of course, could be not being transported at all, as working from home becomes much more popular in the post-Covid world), it certainly shouldn’t be betting £100billion on HS2 either. If the government can rapidly deregulate cycling, it can at least look at the skills, infrastructure and regulatory needs as well as how to sponsor and encourage pilot projects in these exciting new technologies.

This matters beyond transport and how we get people and things from A to B. In previous decades Britain has largely withdrawn from innovation in the physical realm, on the pretext that our strengths lie in services. This has had a profound impact on inequality, particularly for working-class men. Unlike a physical device that is prey to the elements and needs maintenance and repair, computer code or the digitally written word can be repaired, upgraded and instantaneously cloned and disseminated from a single source. The digital service economy has thus concentrated wealth within the cognitive elite. However, what may turn out to a worldwide revolution in transportation has obviously huge opportunities for advanced manufacturing, construction and maintenance, including export. Although we will never again be the ‘workshop of the world’, we can at least try to make the best of the current opportunities available to rebalance our economy and society. Sadly, whether by accident or design, when it comes to transport and industrial policy the Establishment looks like keeping Britain permanently stuck in the slow lane.