NewsPaperthe art of publishing
HomeNewsOne hundred years on, a salute to the battle that saved Britain
16

One hundred years on, a salute to the battle that saved Britain 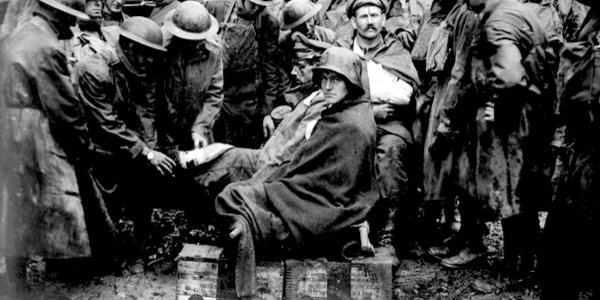 The marking of the centenary of the Great War has not succeeded in improving public understanding of that world-changing conflict. We are still saddled with the narrative of imperialist powers, run by aristocrats, which accidentally tumbled into war owing to misguided diplomacy and colonial rivalry, sending their proletarian masses to die in the trenches. The experience of British front-line troops has not moved on from its lampooning in Blackadder. The end of the war is still generally regarded as inconclusive and mainly driven by the mutual exhaustion of the belligerents.

This might be due to how the anniversaries of the major events are depicted in popular culture. None of them is positive. Contrast this with the major events of World War II, where British victory in the Battle of Britain is celebrated. The Dambusters mission, despite the casualty rate, is regarded as a positive contribution to the defeat of Germany in a way that the Battle of the Somme is not. Jutland is seen as a stalemate and not the defeat of the German High Seas Fleet, which demonstrated its impotence in the face of the British naval blockade that starved Germany and destroyed national cohesion. Instead all the battles are measured in terms of casualties and little more, just because territorial advances on the Western Front were relatively slight and outcomes were apparently inconclusive. What is going on here?

It has to be because the consequences of a victory by the Central Powers has never been properly considered. By contrast, an Axis victory in World War II is a well-established counterfactual genre. The last Kaiser taking the salute of a victory parade through Westminster in 1914 is not seen as being so catastrophic as the Bohemian Corporal doing the same in 1941.

It would have actually been quite terrible. Imperial German fiscal policy was to borrow to finance the war on the basis that the money would be repaid out of indemnities levied on the defeated powers. The Kaiser also planned to take over large chunks of neighbouring countries and to incorporate them into a Greater German Empire, the centre of a European Union created by force of arms. The punitive terms imposed on the defeated Russians in the treaty of Brest-Litovsk are a clear indicator, as is the military governance of an Alsace-Lorraine wrenched from France in 1871. The ambitions of the Prussian Junkers in the Third Reich were actually an amplification of those of the Prussian Junkers in the Kaiserreich.

The atrocities meted out by German soldiers to Belgian civilians during and after the invasion in 1914, then described as ‘frightfulness’, echo those a quarter of a century later. While they might have been exaggerated for propaganda purposes, they were based on provable fact. The sinking of civilian liners and the bombardment of English coastal towns also crossed a moral threshold, something we rather take for granted today. In 1914 these were seen as an outrage against civilisation. The German military did not need to sport swastikas to act as if they did.

While the battles of the Somme and Passchendaele have been simplified in the public consciousness as pointless bloodbaths and are marked only with remembrance of the casualties, the decisive British victory at the Battle of Amiens, despite today’s centenary service in the city’s cathedral with the Prime Minister and Duke of Cambridge in attendance, is relatively forgotten. This is wrong. The Battle of Amiens was the D-Day of the Great War. Ninety-five days after the start of this battle, Imperial Germany in effect surrendered.

Germany did not mount any Western Front offensive during 1917, but slowly gave ground in the face of sustained Allied pressure, finally retreating to prepared positions on more defensible ground. After the Battle of Passchendaele ground to a halt, initiative passed to the Germans. Reinforced by troops from the East who had defeated Russia, there were a series of offensives in the spring of 1918 designed to split the British and French armies. They nearly succeeded, but ran out of impetus, not the least because starving German soldiers would halt at the well-stocked Allied supply dumps to wine and dine on a scale hitherto rendered impossible by the British naval blockade. The German generals found themselves holding large salients. Instead of defeating their enemies, they accumulated militarily insignificant territory while failing to take Paris. In mounting their offensives, German generals had also depleted their armies of their best troops.

The Battle of Amiens marked the final evolution of the British Army into an effective 20th century fighting machine. There was deception and misdirection. Tanks were grouped into for a mass attack instead of being used in penny-packets. Ground-strafing aircraft supported the offensive. All the combat elements were successfully coordinated. German solders turned and ran or surrendered in their thousands. The four-year deadlock was broken and British soldiers were finally fighting in open country. The offensive was so effective that it was used by the defeated Germans as the model for their own offensives 21 years later.

‘August 8 was the black day of the German Army in the history of the war,’ wrote Erich Ludendorff, the German general in overall command of the fighting. It was the start of the final retreat of a German Army defeated in the field of battle by superior forces, a retreat that did not stop until Germany signed the Armistice, ending the war. Had the war continued for even a week longer, it is likely the German army would have collapsed into mutiny or from lack of supplies. But the victory started on August 8, 1918. It should be better remembered.