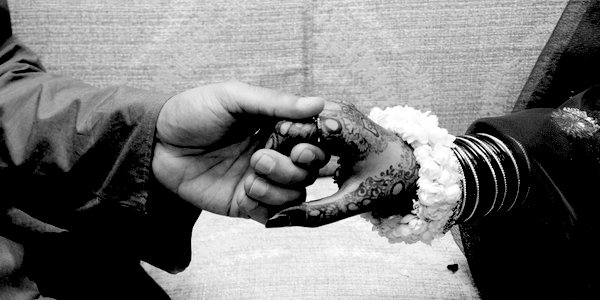 Anyone well-read in the history of London or the writings of playwright Thomas Shadwell will remember that, up to the eighteenth century, the verminous warren of alleys between Fleet Street and the river was picturesquely known as Alsatia. Here, as often in the real Alsace from which it took its name, shadowy characters gathered and the law of the land was sidelined; disputes were dealt with by a number of more-or-less amateur arbiters acting under their own somewhat idiosyncratic views of justice.

Unfortunately we have good reason to think that parts of the UK in 2018 are in a similar plight, based not on geography but on culture. Disputes within the Sunni Islamic community, especially relating to marriage, divorce, children and family property, disappear only too often into so-called Sharia councils, informal shadowy bodies numbering between 30 and 80 (it is telling that no one is quite sure how many there are). Moreover, these bodies vary from the reasonably efficient to the downright incompetent and oppressive, and in addition it appears than many apply versions of Sharia law which seriously short-change women. This is especially true of divorce, where the traditional Islamic rules are very different from those of English law, and where a woman seeking relief from an often overbearing husband can come away with very little.

True, these councils have, strictly speaking, no legal powers. Nobody need accept their jurisdiction, and their judgments cannot be enforced in any English court. Talk about Sharia law being enforced in England through them is thus in strict logic misconceived. But they remain worrying. For one thing, they promote segregation by encouraging members of one group to eschew the courts of the land in favour of tribunals of doubtful competence, charging not insubstantial fees, which apply their own often idiosyncratic rules. This effect is exacerbated by the fact that many of the ‘divorcing’ couples who appear before them were never in fact married anyway in law. English law does not recognise a purely religious Islamic Nikkah in which a civil registrar plays no part; a woman whose marriage of this kind has collapsed has no choice whether to use their services to obtain a ‘divorce’ acceptable in the Islamic world. For another, it is open to doubt just how voluntary the submission to their jurisdiction is, especially by women who do not have the articulacy to defend their interests. And thirdly, while their judgments cannot be enforced, money actually paid on their say-so is another matter. There is little a woman can do to recoup substantial sums often paid to a husband on a council’s recommendation in order to obtain the vital Faskh, or religiously-recognised divorce for cause, which will free her to remarry within the Muslim community.

The question is not whether there is a problem: in a rare show of unanimity, everyone from Britain First to the Southall Black Sisters accepts that there is. The real question is what to do about it. Last week a report commissioned by the Government from a panel headed by a well-known Islamic academic suggested an answer. They pushed for a change in the law to prevent Islamic marriages taking place without a simultaneous civil ceremony valid under English law; for more education on the defects of purely religious marriage, and for some kind of official regulation of Sharia councils.

The second of these proposals is sensible, although it needs not so much the recommended genteel effort from advice centres, NGOs and women’s groups as a shouting long and loud from the rooftops. Discomforting this may be, but Muslim women need to be told clearly, repeatedly and unmistakably, that they must make sure they marry validly according to English law, and are being extremely foolish if they do not.

The third proposal looks anodyne and statesmanlike. But it is a bad one. State regulation implies some kind of approval of bodies that pass its tests: but the state has no business giving its seal of approval to any unofficial religious body, still less to one that sets itself up as providing a kind of parallel justice on a different basis from that of the law of the land. Nor for that matter has the state in this case the knowledge to do the regulating: in drawing up, maintaining and enforcing any code of practice it would be wholly reliant for advice on whichever Islamic quango or pressure group it took into its confidence. And there would, one suspects, still be a problem of unregulated councils. Amber Rudd, to do her credit, was absolutely right to reject this part of the proposals out of hand.

This leaves the first, making it a crime to celebrate a Muslim Nikkah marriage ceremony without appending a valid civil law marriage. Well-meaning this clearly is; but a moment’s thought shows it is not much better. For one thing, one suspects it would not be very effective. For another, the cure might be worse than the disease. The reason why a Nikkah does not need to be registered at present is that it is a ‘non-marriage’ – it is of purely religious significance, makes no claim to give a civil status, and has no more effect than a ‘marriage’ on a Cornish beach according to the rites of the Jedi religion. Logically, if we criminalise a bare Nikkah we also, to be consistent, have to criminalise any informal blessing of a union that wasn’t at least potentially licensed under the Marriage Act. Our police have better targets to chase.

On the other hand, a bit of lateral thinking on the lines of ‘follow the money’ could do much to draw the sting from Sharia councils. Why not a simple piece of legislation saying that, outside the realm of formal arbitration, any sum of money paid according to the recommendation of a religious tribunal should be repayable unless the recipient proves it is in the interests of justice to allow him to keep it? If you wanted to make things run even more smoothly, a discretionary jurisdiction to order recovery of any fees paid to the council might concentrate its collective mind even further. It could even create a fashion among British Muslims to assert themselves and insist on marrying according to the laws of their native country as well as their own religious traditions.