NewsPaperthe art of publishing
HomeNewsOnly joshing about Corbyn? Who do you think you are kidding, Mr...
44

Only joshing about Corbyn? Who do you think you are kidding, Mr Banter? 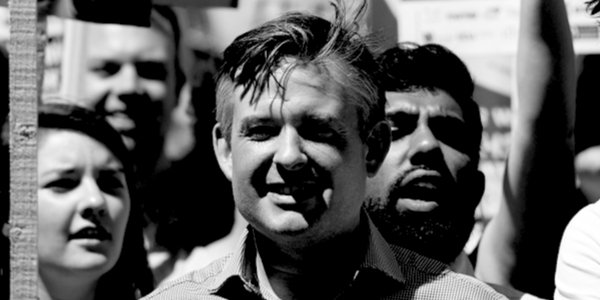 WHEN you’re in a hole, stop digging. Had Jon Ashworth never heard that expression before? Put another way, when you find yourself inside a pit, cease all activity with excavating tool.

The Shadow Health Secretary was doing the media rounds yesterday, following the leaked secretly-taped phone conversation of him giving his views on Jeremy Corbyn, the Labour Party’s performance and their chances in tomorrow’s general election.

‘It’s dire for Labour, it’s dire,’ he can be heard saying on a call to a so-called pal, now presumably an ex-pal, ‘and it’s the combination of Corbyn and Brexit outside of the city seats … it’s abysmal out there.’

Well, I guess with friends like that, you don’t need enemies.

You had to feel for Ashworth. I mean, credit where it’s due, he did at least turn up on BBC’s Politics Live to face the music. Bizarrely, however, he tried to pass it off as banter, simply joshing about, he and a mate having a bit of teasing.

Seriously? Who was he kidding? There wasn’t the slightest note of wit, comedy, satire, slapstick, knockabout farce, call it what you will. It very much sounded like Ashworth was making, calmly and forlornly, sensible comments about Labour in the traditional heartlands that appear to have ditched it.

You had to wonder, therefore, to use another expression, did he think we’d fallen off last year’s Christmas tree? What he was doing was so transparently rubbish as a strategy. It was an insult to our intelligence.

Presenter Jo Coburn regarded him with a tender scepticism as he flailed about, rolled his eyes, swallowed, frowned, squirmed, mumbled, chuntered and did a head waggle Sturgeon-style.

Nobody was buying into the line that he was, with regard to his Tory activist old mucker on the end of the line, ‘just trying to psyche him out’, just trying ‘to throw the Tory attack lines back at him’.

JoCo persisted in attempting to find out if these were or were not then Ashworth’s beliefs. ‘No! … I am trying to, like, lull someone I thought was a friend into a sense of security.’ JoCo persisted and so did Ashworth. ‘So, look, right, is this great? No … I look stupid, of course I do … I’m trying to wind him up, right?’

There were other specific low points. The first was comparing himself to a football manager, namely Sir Alex Ferguson, doing what he would do, ‘trying to psyche him out … trying to make him complacent.’

Regrettably, he did this twice. Ashworth spoke of himself in terms of the word ‘idiot’, ‘plonker’ and ‘stupid’ and how he was, of course, embarrassed. What he just didn’t seem to realise was that the embarrassing bit was not what he said on the phone, but his toe-curlingly ludicrous approach to trying to explain it. Absolutely preposterous.

Another low point was his reflection that he had been ‘too clever by half’, oddly vaguely reminiscent of a recent moment in a television interview (this one with a prince) who opined sadly that his woes were down to simply having been ‘too honourable’.

All in all, it was almost painful viewing, especially when the recording was about to start and Ashworth could be seen screwing up his eyes and moaning to himself, ‘Oh no …’

Both main parties have got people they have gagged, and on the Labour side it is clear that the likes of Thornberry and Starmer have been sat on and told they are doing no broadcasting. That has left at the stump those like Ashworth, Barry Gardiner and Anneliese Dodds.

The latter was brought on to Radio 4’s The World at One, along with Alastair Campbell, to try to make some sense of Ashworth’s indiscretions. They couldn’t manage it, talking instead about anything else. It didn’t matter anyway, because presenter Sarah Montague had her kid gloves firmly in place.

You also knew for sure later on in the day that this was a huge eve-of-election-day disaster story for Labour when Channel 4 gave it six and a half seconds of coverage.

Without doubt, there was (if Ashworth’s unpersuasive line was to be believed) a singularly strange friendship going on; it was between one who was out to ‘psyche’ out the other, and one who was on a mission to betray. No wonder it fell to fellow panellist Iain Dale to ask: ‘So you lie to your friends? Is that what you’re saying?’

But equally strange is the judgment call that Ashworth made in picking up that spade. In starting to dig. He must know he’s despised by much of the Labour machine, who see him as all but Tory. He must know that he’s soon to be one of the Disappeared.

How much better it would have been all round if he’d held up his hands, admitted yeah, you got me, it’s a fair cop, that’s what I said and there’s no getting away from it.

Then he would have looked like a politician worth trusting. Instead of which it just looks as if he’s a man you can’t trust when he talks about banter.