Only radical tax reform will solve the broken families crisis 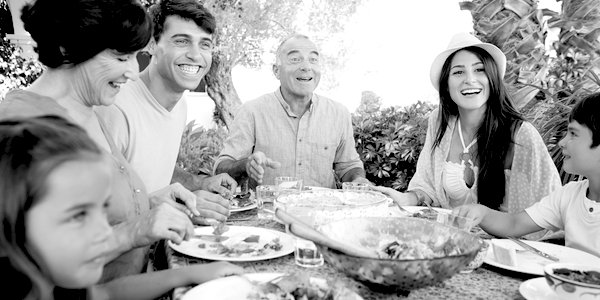 In their 2017 manifesto, the Conservatives pledged to govern ‘in the interests of ordinary working families’. It was to these families, ‘ignored by politicians, and by others in positions of power, for too long’, to whom their manifesto was dedicated.

A new focus on families is certainly needed. With marriage rates at record lows, divorce rates sky high, 48 per cent of children being born to unwed mothers and almost half not living with both parents by the age of 16, there has rarely been a greater need for government to be proactive about supporting family formation and stability. As Belinda Brown has pointed out on TCW, family breakdown, and especially fatherlessness, is a known major contributor to almost all social ills, including criminality, poor mental and physical health, behavioural problems, low educational attainment, unemployment, drug use, gang involvement, child abuse and domestic violence. It feeds an ongoing cycle of family breakdown that can persist for generations.

Furthermore, family stability in the UK in 2018 is very much a middle-class privilege, and thus a major source of inequality, with 87 per cent of higher earners marrying compared with only 24 per cent of lower earners. Those Conservatives who understand the importance of marriage for family stability are not moralising bores. They have simply faced the facts.

They do not, sadly, make up the majority of their party in Parliament or in the Cabinet which explains why so little action has been taken on this front. Concerned and in a spirit of helpfulness, a group of 68 Conservative MPs and peers headed by Fiona Bruce and Lord Farmer produced a report they called a Strengthening Families Manifesto. Its start point was the underestimated price tag of family breakdown, calculated at £48billion, which is actually a fraction of the overall cost.

They explain: Stable, productive families that function well are wealth creators, whereas fractured families are more likely to be dependent on, and a cost to, the state. They spell out that cost. By the age of five almost half of children in low-income households have seen their families break apart, compared with only 16 per cent of children in higher-income households. Cohabiting couples are around three times more likely to have separated by the time their child is five.

The Family Manifesto finally won a debate in Parliament in October. That’s all. So far there has been no response from the government. But are we really surprised? The practical measures needed to make change are not fashionable. The bottom line is action to re-normalise marriage and discourage cohabitation, promiscuity, experimentation, pornography and early sexualisation. ‘Solving’ families would mean recognising the importance of the male wage in supporting family formation and child-rearing, and ceasing to fuss about gender pay gaps.

One of the Manifesto’s top recommendations was to introduce Family Impact Assessments of government policy. The truth is that such impact assessments would be of continual embarrassment to the government, constantly showing up how their so-called progressive social policy undermines family formation and stability at every turn. Even restoring the fully transferable tax allowance threatens this agenda and may be why David Cameron paid only lip service to it – to prove he had honoured his manifesto commitment. Meanwhile, our families – among the worst affected by breakdown in the world – continue to break apart, and all of us suffer.

Nothing less than a radically new approach is needed – one that confronts head-on the root cause of family breakdown and dysfunction. The root cause is the dramatic collapse of marriage. For years the assumption has been that the answer to broken or not-coping families was social support provided by the State. Their ‘poverty’ was due to inadequate state support or intervention (the latest being by way of childcare). Addressing family breakdown though the benefits system has been tried, and years of dedication to this model has shown it to have failed.

Time is overdue for a radical re-assessment. Attention needs to turn to the reform of family taxation, to the end of penalties against marriage and a start to recognising via the tax system the responsibility of bringing up children.

The Family Manifesto goes some way to addressing this with its advocacy of transferable allowances but not far enough. It supporters need to be much bolder and much more assertive.