NewsPaperthe art of publishing
HomeNewsOppressed? Not these ladies of Fleet Street
70

Oppressed? Not these ladies of Fleet Street 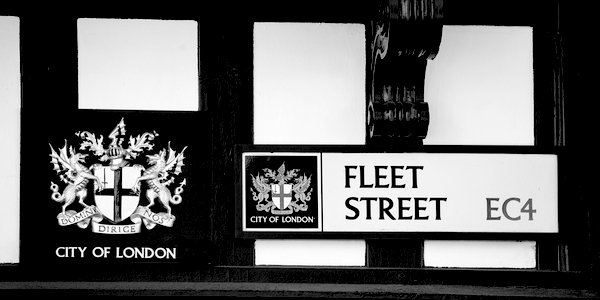 THIS year the BBC has commemorated ad nauseam 100 years of female suffrage (the enfranchisement of working-class men seemingly being incidental). Just when the celebratory broadcasts appeared to be over, earlier this month Radio 2 used the centenary as the hook for First Ladies of Fleet Street – a two-part programme, presented by Nina Myskow, which ‘explores and celebrates the contribution made by female journalists, columnists, photographers and editors to the newspaper industry over the years’.

According to the Beeb’s publicity blurb, ‘Fleet Street has always been seen as the domain of men, whether they be newspaper magnates, editors, publishers, journalists, photographers or news boys. But for every famous man there’s at least one woman who can stand up and be counted amongst them.’

Eh? Does the BBC seriously believe that for every newspaper man of renown there is ‘at least’ one female to rank alongside? Promoting this short series with such a risible assertion actually diminishes the scale of achievement by those women who, though patently fewer in number, succeeded to become part of Fleet Street’s pantheon.

To be fair, that demonstrably false claim was not repeated during the broadcast: the ‘independent and strong-minded women who have achieved much in this man’s world’ were more fittingly described by Nina Myskow as a ‘select group’. Myskow’s accurate introduction unfortunately preceded the playing, in full, of Sisters Are Doin’ It For Themselves, perhaps the most hackneyed possible choice of opening music.

This overused feminist anthem foretokened a two-hour whine of women’s journalistic potential having been unfulfilled owing to historic patriarchal oppression. But in fact none of the interviewees, whose journalistic careers variously began between the 1960s (Ann Leslie) and 1990s (Eleanor Mills and Cathy Newman), claimed to have been held back by sexist discrimination; on the contrary, although there was general acknowledgment that a pressurised newsroom is, in the words of several contributors, a ‘brutal world’, all who spoke were positive regarding their formative experiences, each having had the character to thrive when outnumbered by competitive men.

Nina Myskow joined the Sun in 1978 – ‘If you could do the job, you were in’ – and none of her interviewees demurred when Myskow averred there to have been ‘a level playing field in terms of talent’. Eleanor Mills, who became features editor at the Telegraph aged just 26, even believed ‘in some ways it was an advantage to be a girl . . . we all got promoted quickly, the ones who were there’. And Jane Moore found that in the early 1980s, ‘if you couldn’t do the job you would get fired, but otherwise your gender was irrelevant’.

Even Channel 4’s Cathy Newman, who predictably went on to lament that top journalistic positions remain ‘white male dominated’, conceded that when rising via the Independent and Financial Times she had received ‘a completely fair crack of the whip’. However, unlike the younger Newman, the former editor of the Independent on Sunday Janet Street-Porter savaged the notion of a workplace sisterhood: ‘There’s a lot of b*****ks about women helping other women, they only want to help one kind of woman . . . It’s naive to think women are always going to help other women because ambitious women are out for themselves.’

Janet’s heretical view is one unlikely to be heard within the Women’s Equality Party. Nevertheless, despite her having ‘entered wholeheartedly’ into the macho culture of the time – ‘it didn’t do me any harm, I developed a thick skin’ – even Street-Porter now decries her ‘toughening-up period’: ‘The process I went through and the way men behaved to me during the sixties and seventies obviously would not be appropriate now.’

Eleanor Mills cheerily recalled ‘a lot of banter . . . it was quite fun’. Yet she, too, has since been programmed to be ‘very glad that women coming into the profession don’t have to deal with that now’.

According to Mills, during her early years on broadsheets ‘the MeToo-isms were off the scale’. And for Dame Ann Leslie, being ‘chased around the furniture by powerful men’ was a fact of life. That, though, was not the experience of Jane Moore when she began in Fleet Street at the Sunday People: ‘The perception of tabloid journalism is that it was very male-dominated. But that, for me, never went hand-in-hand with sexual harassment or abuse. I can say hand-on-heart that I never, ever experienced it.’

Moore did experience much ‘fruity language’ and ‘banter between men’ but sensibly took the view: ‘You can’t sit in a newspaper office and say “I’m offended by that language”, you have to get in there.’

Eleanor Mills concurred that it had been ‘important not to be seen as someone who would take offence . . . if you were too much of a gentle flower you wouldn’t prosper, you wouldn’t survive’. Mills was referring specifically to women, although in a rambunctious newsroom a meek and diffident man would have fared no better.

Far from being a ‘gentle flower’ was the brassy columnist for the Mirror, the late Sue Carroll, who was renowned for possessing ‘a magnificent décolletage which she liked to show off’. Jane Moore fondly recounted how at an editorial meeting a man once greeted Carroll’s entrance with the ribald question ‘Who ordered a bouncy castle?’ ‘I’d better not sit next to you’, was her immediate riposte, ‘because one small prick would be lethal.’

Rather than respond to such bawdy humour with a similarly sassy putdown, today’s young women will instead be directed to HR. And the modern equivalent of Eleanor Mills, who in her mid-twenties spent five days in Cairo with Omar Sharif, would be much less likely to make light of being propositioned by the famous lothario: ‘He made a pass at me, but it would have been almost insulting if he hadn’t.’

‘How much has changed for women journalists?’ asked Nina Myskow. Today young females enjoy formal mentoring from experienced sisterly scribes, arranged by bodies such as Women in Journalism, chaired by Eleanor Mills. And for Janet Street-Porter it is A Good Thing that womanly wordsmiths can now expect to ‘go to work and have everybody behave in a civilised way’.

All of which is in marked contrast to the 1960s jungle expedition by the young Ann Leslie. Nonetheless, the Grande Dame ‘wouldn’t have stayed if it wasn’t fun’. And in today’s sanitised safe spaces, one images similar fun to be a scarce commodity.