NewsPaperthe art of publishing
HomeNewsOrwell’s 1984 in 2020: This Government grab to police the internet
0 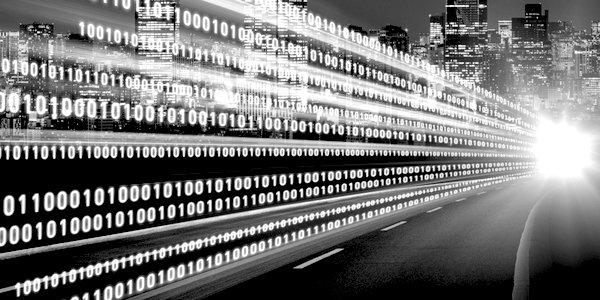 To a fanfare of publicity, the former Secretary of State for Culture Media and Sport, Nicky Morgan, announced that the broadcasting regulator Ofcom would be given the power to regulate the internet.

This is not the first time ministers and their civil servants have put forward this chilling idea. Indeed, there has been an ongoing debate around this topic for at least ten years, including by the former Prime Minister David Cameron. But – as then – this is simply an audacious power grab and must be resisted.

I recently returned from a major conference in Qatar’s capital city Doha, entitled Social Media: Challenges and Ways to Promote Freedoms and Protect Activists, hosted by the National Human Rights Committee, EU Parliament and United Nations. Listening to the 300 attendees, one thing became apparent to me – just two distinct approaches are being offered for policing the internet.

The first, what I will call laissez-faire, is where State intervention is restricted to terrorism, illegal material and data breaches. Yes, it’s messy, at times uncomfortable, even offensive, but it allows the flourishing of ideas, views, rigorous debate and holding those in authority to account.

The second approach would see heavy-handed regulation, driven by the State, or a combination of the State and the social media companies themselves. The social media giants are brought to heel by strict rules, hefty fines and ‘shutdowns’, so pursue a cautionary approach – better to close down debate than spend money defending freedom of expression.

This Orwellian approach is then made worse by small sectional groups who agitate against those whose views they disagree with. Examples of this precautionary approach are already happening and include the case the founder of a war veteran recovery programme having his ad rejected from YouTube for using the keyword ‘Christian’.

Or Dr Peter Saunders, the head of the International Christian Medical and Dental Association, who had a lecture on transgenderism removed from YouTube for ‘violating community rules’. The original version had been seen by 167,000 people, it was detailed, serious and academic. YouTube has not noticed yet, but it has been reposted here.

You might disagree with what Peter is saying, but does this constitute hate speech?

The top of this list comes from across the pond: YouTube banning a video on the Ten Commandments – I kid you not. Reasons given included mentioning the word murder and inclusion of ‘swastika’. Dennis Prager, who posted the video, told the Senate Judiciary Subcommittee on the Constitution that he could solve the first by making them the Nine Commandments and the Nazi symbol was used to highlight evil and murder.  https://www.prageru.com/video/dennis-prager-testifies-before-the-u-s-senate-on-big-tech-censorship/

Now Baroness Morgan will claim that these are not typical examples and they are concerned about the spread of fake and false news. But these can already be challenged through the courts. And if the material is of a nastier and more deliberate nature, then the police can take action using the Malicious Communications Act 1988, or The Communications Act 2003. The latter bans sending a menacing or grossly offensive email or other internet communication.

Genuine hate speech, the sort that incites violence or terrorism, can be targeted with an array of police and court powers, from Terrorism Prevention and Investigation Measures (TPIMs) to the Serious Crime Act 2007.

So the question arises, what is the problem that the current laws are failing to do?

Until the Government can provide a clear answer, or even provide a clear watertight definition of the what it means by ‘harmful but not illegal content’, we must resist this power grab. After all, there are many things that could be described as harmful. No doubt there are some in Government who would include articles on this very website.

But, as several of the speakers told the Doha Social Media conference, freedom of expression and free speech underpin our values and as civic space has moved from the offline world to online, protecting it has never been more important.