Our £215million gift to Rolls-Royce 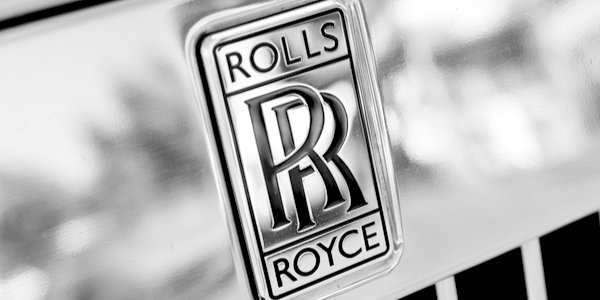 I’M A dyed in the wool free market capitalist, for the very simple reason that it works. I’m also very sceptical about the ability of this (or any) government to deliver ‘net zero’ and very alarmed that the current plans – if one can call them that – are a path to a cold, poor and unhealthy future. You might think, therefore, that I’m delighted that Rolls-Royce has secured funding to develop a Small Modular Reactor (SMR).

First let’s get real. Shifting from hydrocarbons means this country needs some four times the electricity generation capacity that it has (and rather more green generation), plus it needs to replace the older nuclear plants that are being retired. It comes out at needing about 100 to 130GW of additional generation (depending on how houses are heated, but that’s parked). Rolls-Royce is proposing to deliver two 0.4GW plants per year from the early 2030s. It’s nowhere near enough. The first 18 will simply replace existing nuclear power plants that will be decommissioned by then, so they won’t be contributing much to energy security until 2040. I’ll likely be dead by then, quite possibly of hypothermia if this lunacy continues.

It gets worse. Much worse.

Half of the ‘investment’ is a grant from one of the Department for Business, Energy and Industrial Strategy (BEIS) funds, of which there is a plethora. The terms of the grant are, inevitably, complex but there is no repayment obligation, no equity and no ownership of the intellectual property. It’s a gift.

Where did the £215million come from? You, me, and our children’s tax receipts. Now I accept that £215million is a rounding error in terms of the magic money tree that the government believes in (national debt now £2,590,000,000,000 and rising at £5,170 per second). Yet again the government is spending money it has not yet raised in taxation (despite the tax hikes) to fund a headline.

It’s worse than that, actually. The condition on the grant gift was that RR raised at least as much in equity investment. This RR did, getting the money from a French family trust and a US nuclear generator. All credit to the investors, they’ve got a great deal – for every £1 they risk the government puts in our £1 too. But if (or when) there is a profit they get it all. That’s right, the UK taxpayer is now de-risking investments by foreign funds, and it is doing this free of charge.

Of course, Whitehall has previous form here: much of the current renewable electricity generation is foreign-owned, meaning that a proportion of our electricity bills are going to fund non-UK economies. Much is going to that bastion of liberal freedom, China.

But if Rolls-Royce can raise £250million from investors, it can raise more. RR shares went up by 5 per cent following the announcement. That’s a £600million rise for RR shareholders. There is a strong case for SMRs; had the government had a coherent policy to keep the lights on it could have achieved the same effect by placing an order for several SMRs to be delivered at a specific date. (That’s the method Kate Bingham used to get the Covid vaccines developed.) The £250million (if needed) would have been a deposit on the first tranche of SMRs and would be booked in the company accounts as sales income, with a far greater beneficial impact on RR’s ability to raise further funds. BEIS could also have demanded equity as an incentive for taking the risk of being the first customer. (The Department declined to comment.)

This article is not a dig at RR – their job is to use their engineering and management skills to generate wealth for their shareholders. Given the torrid time they’ve had courtesy of Covid, all praise to CEO Warren East for developing a new business line and preserving jobs. It is yet another illustration of how utterly inept our government machine is, which in turn is a product of the truly appalling lack of leadership shown by successive governments over the past decade.