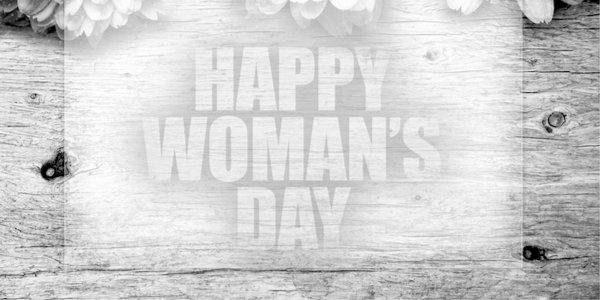 International Women’s Day is not something we choose to celebrate at The Conservative Woman. From the start we’ve made clear that women’s battle for equality was won long ago and that feminism’s ‘more is never enough’ approach to gender parity is greedy, dishonest and is doing a great disservice to men and women alike.

But instead of rehearsing those arguments we’ve decided to take a different tack. Laura’s choice is to pay tribute to two fearless writers, Melanie Phillips and Heather Mac Donald, women who are very definitely worth celebrating. She also takes mainstream media feminists to task on their failure to stand up for their genuinely oppressed sisters in the Islamic world.

Finally she invites us to look at another of the great Jordan Peterson videos in which he asks why the hell are we subsidising revolutionaries in the form of women’s studies. Why we are subsidising any student revolutionaries is an apt question after the latest shocking assault on free speech at King’s College London earlier this week.

Uppermost of Kathy’s concerns is the question of who really is the second sex today. TCW readers will know the answer already – but when feminists bang on about discrimination, disadvantage and victimhood the facts need spelling out again. She also highlights one inequality that no one seems to be concerned about, but the implications of which are far-reaching. In fact, has anyone yet even noticed it – the disproportionate number of childless political leaders across the EU?