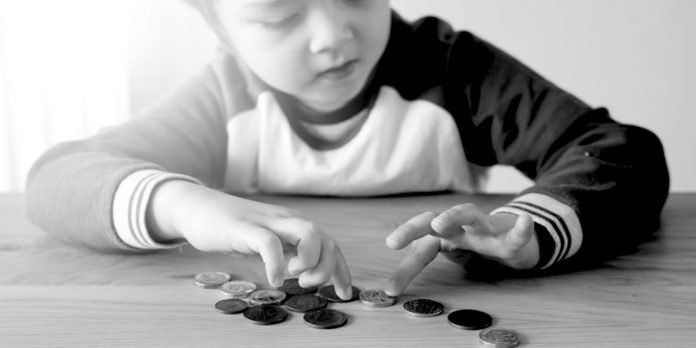 YESTERDAY the Sunday Times ran an article headed ‘It’s time to think about taxing the childless’, containing some policy proposals by Paul Morland, a demographer at St Antony’s College, Oxford and the author of Tomorrow’s People: The Future of Humanity in Ten Numbers. Well, you can only imagine how this went down with Sunday Times readers, those ‘double income no kids’ people, or at most ‘double income one kid’ crowd. They were not happy, dear reader, not happy at all, which no doubt caused the headline to be changed online to ‘Should we tax the childless?’

One comment was: ‘This is absolutely terrifying.  A negative child benefit for not breeding. Those of us who do not have children already massively subsidise others’ choices to have children in terms of what we pay into the system and what we don’t take out from the education and health systems for a start.’

And: ‘I was so incensed by this article that it took me a couple of goes to read it. Where to start???’

And: ‘Sorry mate I can’t afford kids so why should you tax me? I’m doing to environment a favour by not breeding. This is sickening.’

And: ‘Am I missing something here? The childless generally continue to work throughout their career and thus pay more tax than someone taking time off to produce offspring or spending their early parenthood staying home to look after the children!’

Now I’ll say from the start that I have no problem taxing the childless by choice. I have no problem giving tax breaks to people with kids, restoring child benefit to middle income earners and indeed funding childcare and early years education. If it’s a broadly pro-natalist or pro-family policy, I support it. But very little of this will come to pass. Not now that everyone can justify their childfree status by saying ‘I’m not having children to save the planet’, which conveniently leaves more time and money to enjoy travelling and have plenty of ‘me-time’ instead.

However, there is something else going on here, and it is this. Healthy societies value children. Christian societies do not create a hostile environment for families. Authentic conservative governments do not create economic conditions that punish traditional families, something this Tory regime of anti-family terror has presided over for the last 12 years. Normal societies don’t need to be reminded that you need children to have a future. For Britain the numbers are in and they are terrifying: the number of under-fives in England and Wales fell by 7.6 per cent between 2011 and 2021 to 3.2million.

The trouble is that we don’t live in a healthy, normal or Christian society and we certainly don’t have a conservative government. We have a government that serves special interests, and we have a society that has been dominated by hyper-individualistic and feminist thinking for about 50 years. Sometimes the feminist thinking can be pro-children, most the time it is not.

Healthy societies do not abort their unborn children by the hundreds of thousands each year. Healthy societies don’t poison the relation between the sexes, and abandon all adult responsibility to them when they are young, leaving them at drink-drenched parties where the young men assault the young women with impunity.

Healthy societies do not equate unions between two men or two women, which are by definition infertile, with marriage between a man and a woman which can produce children. Healthy societies do not hold marches celebrating one of the seven deadly sins. Only sinister societies think that getting drag queens (previously only ever adult entertainers) to read Goldilocks to young kids in the library is a sign of progress. Only crazy societies do these things, only societies that embrace a culture of death do these things. A collapse in the fertility rate will follow as night follows day, dear reader: it is a symptom of your rotten society, not a cause.

When you point this out, the people who run the crazy, dying, sinister society gaslight you and shout that you are the crazy one and that you want to ‘turn the clock back’. As if turning the clock back to a saner time when we didn’t have sky-high abortion rates, when it wasn’t impossible for a young couple to own their own house, when the government didn’t actively punish families in the tax system would be such a terrible thing. Would that be such a bad thing, dear reader? No, it would not.

So what if we have a collapsing fertility rate, you might say. Well, if you think the worker shortage is bad now (the cause of much of the chaos we see around us today is a shortage of workers) it will get much worse in the future. But don’t worry, if you don’t have your own kids, then you can always import other people’s kids to do the jobs that need doing instead.

The tax base will shrink but it is not just the future tax loss that matters; it is the fact that society will have no new ideas, fail to innovate and have less art, music and beauty with a negative fertility rate. But what terrifies me most of all is how cold, cruel and heartless we will become.

Historically, normal societies did not have to bribe adults to have children; such a thing would be ridiculous because your society is orientated already towards the future, towards marriage and motherhood and fatherhood. Couples wanted to have a child and then they wanted to have a sibling or two, and those siblings had cousins and uncles and aunts and grandparents who lived nearby, not on the other side of the planet.

In healthy, caring societies new mothers weren’t left isolated with their newborns, they weren’t left to raise the kids more or less on their own. Only societies unmoored from reality, cruel and harsh societies, would do such a thing. Only a culture that denigrated and trashed motherhood in the way the West has for the last fifty years does this. Such a society is cruel and uncaring. This is our society and it will become colder still.