Our deadliest weapon against the smug progressives? Laughter 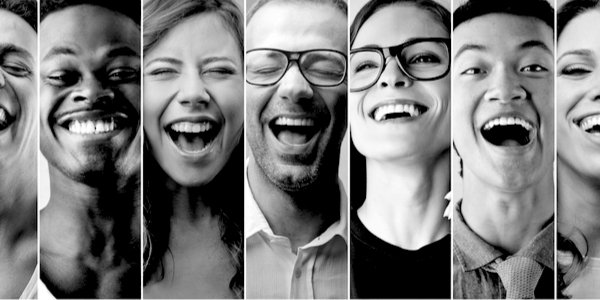 How do we fight back? A quick glance gives the impression that the progressive elites with their stranglehold on the media, entertainment industry, corporations, universities and politics are simply steamrolling over the beliefs and traditions of the ages and leaving them like flattened cans by the roadside.

The Conservative Woman performs a vital function in informing social conservatives about what is going on in society and exposing the follies of the Left. TCW provides the ammunition; we have to work out how best to use it.

There is the Trump route – punch back. Given the amount and nature of the abuse he has received, this response is understandable. But although American conservatives may enjoy this, it amounts to little more than pleasing your audience whilst confirming your opponents in their views and alienating those in the middle ground. Besides, few of us are up to Twitter trolling at three in the morning.

We should grasp the fact that we are blessed with an opponent who not only does not understand us but refuses to make any effort to do so. Napoleon supposedly said we should never interrupt an enemy whilst he is making a mistake. Dismissing your opponent out of hand is a mistake of the first order.

What passes for humour amongst progressives on TV, films, or in stand-up comedy is often little more than a mean-spirited kind of lowbrow sneering arising from an egocentric impulse to lord it over the simple conservatives. It’s laughing at people, rather than laughing with them.

Listen to practically any comedy on BBC radio and you will realise that without the laughter track it would be a short programme. They operate on a Pavlovian model: if the show is going badly just say the word ‘Thatcher’ and the dogs will bark.

Social conservatives know and understand full well the progressive viewpoint. We have little choice, being continually bombarded with it. This means that we know their attitudes and their weaknesses. What we must learn to do is exploit those weaknesses.

Read the ‘Comments’ section below articles in the Guardian and you will realise how blinkered many progressives are. We err when we think progressive intolerance is born of arrogance; at its core it is a defence mechanism. Progressives have to dismiss conservative ideas or opinions out of hand – to do otherwise might expose them to the painful reality that we could just be right.

Chief amongst their weaknesses is a sense of moral superiority amounting to a smug certitude in the rightness of their cause. Progressives can be so self-satisfied as to make Piers Morgan appear bashful. There can be few things affording more fun than puncturing the egos of the self-righteous and pompous. Fun is important and brings its own reward.

For progressives, the well-thumbed roadmap to success is Saul Alinsky’s Rules for Radicals. Alinsky may have been wicked but he was a brilliant tactician. His Rule No 5 is ‘Ridicule is man’s most potent weapon’ and Rule No 6 is ‘A good tactic is one your people enjoy’.

Being rational thinkers, conservatives usually debate using logic and facts. Unfortunately this often fails because we misunderstand the nature of the debate. Progressives rarely have logic on their side and are usually unable to make their case rationally. Chants and slogans replace debate. ‘Donald Trump, go away! Racist, sexist, anti-gay’. Does anyone actually believe Trump will resign if they yell something like a nursery rhyme about the weather?

Many Left-wing protests are echo-chamber vanity projects to reassure the protesters that they are good people. The big question is: if ignorance is bliss, why are there so many miserable progressives?

One big disadvantages social conservatives face is having been taught to be polite and considerate. Our mothers told us not to mock the afflicted. There are, however, situations where mockery is like an inoculation, inflicting a small quick pain to hold back the disease.

Mockery can become an act of resistance, boosting the morale of the marginalised. Those living under Soviet domination found poking fun at communism was an important way of fighting back and retaining one’s self-respect.

Q: What does a Soviet optimist say?

Laughter assures people feeling isolated and discouraged that their supposed moral and intellectual superiors can be brought down a peg. This is not difficult. A degree in underwater basket weaving does not make a progressive an intellectual powerhouse.

Despite evidence to the contrary in the shape of an unsullied track record of mangling society and distorting reality, progressives insist on believing they are superior. Little things like facts alone are not going to make them change their minds.

Q. What do you get when you offer a progressive a penny for his thoughts?

Progressives have a self-image of being intelligent and sophisticated, able to discern the nuances of culture and politics in a way beyond social conservatives. They consider themselves not only morally superior but also intellectually superior. Laughter can puncture the balloon and may make them stop and think, for a moment at least.

The great thing about employing humour against progressives is that it demonstrates to the great mass of people that those who claim to be our betters are actually not better at all. If they do get angry enough they will react with blindingly evident intolerance. You can always trust them to shoot themselves in the foot.

As Kingsley Amis said, ‘If you can’t annoy somebody, there is little point in writing.’