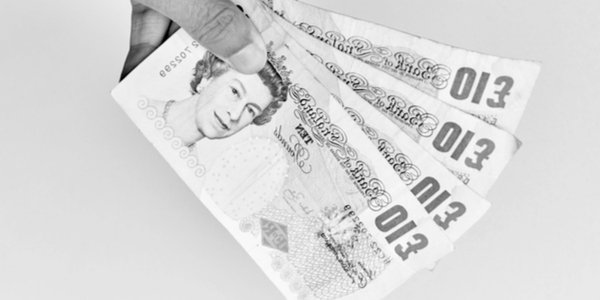 I DON’T know about you, but for me, here in the wilds of Berkshire, those restrictions had minimal impact. I was made rudely aware of the inconvenience city-dwellers and people far more sociable than me had to endure only when I wanted to secure an open-air picnic table in a forest and was told by a bemasked functionary that I had to register my name on some kind of database so I could book a slot to sit while I enjoyed a snack from my backpack, let me repeat, in the open air.

I stormed off, but not before muttering something about Orwell not quite under my breath towards the self-important state flunkey, who I am in no doubt was relishing his newly-acquired authority. Others were not so lucky. Quintos, a bookshop which had been in Charing Cross Road for a century-and-a-half, closed its doors in 2020. I had just discovered its bargain basement and had secured some brilliant vintage books, such as the only anthology Time and Tide magazine ever published. Trawling the abebooks website lacks the same delight of spontaneous discovery.

Here on TCW, Kate Dunlop has noted the loss of the handshake as a form of greeting and wonders if it should ever return. Maybe. It was the habit in Victorian times to wear gloves in public, and not just to keep hands warm, so perhaps those nervous (metropolitan, always metropolitan) folk afraid of going back to normal might see gloves as a fashion accessory as much as they do masks, although they may not be the kind of person with whom to shake hands anyway.

There is something else that has disappeared from our everyday experience. It is the face of Her Majesty the Queen.

When was the last time you paid for something in cash? The decline of the High Street in the face of internet shopping removed the need to do so, and cashless transactions were rising due to the advent of chip-and-pin technology. However there were still some shops, mostly convenience stores, which required a minimum spend. This seems to have evaporated when chip-and-pin was joined by contactless payments, where the purchaser can airily wave a card at a sensor pad for the transaction to take place. The absence of a minimum limit means that most shops will accept cashless payments even for a soft-drink can or a chocolate bar.

The consequence of cashless transactions is that customers are not seeing Her Majesty’s face every day. Of course, they might not have registered the image when they were handing over the money, and may never have looked closely at their change to see the development of Her Majesty’s effigy, from the late-1960s Arnold Machin design of the early decimal currency now in circulation only in decades-old bronze coins, to the Jody Clark design in use since 2015.

However on a subconscious level, it stood as one of the solid foundations of our society, something that we all had in common, that we used coins on which was stamped Her Majesty’s face. It is bad enough that few of the designs on the reverse (tails) of decimal coins were as good as their predecessors (the original bimetallic £2 coin was positively Soviet) but good or bad, they had all but disappeared from use as shopkeepers preferred cashless transactions for reasons of hygiene. I am as guilty as most people; cashless transactions are too convenient compared with standing at a cash machine, whose numbers are also diminishing as banks close up and down the country, and withdrawing however many banknotes are seen as necessary for forthcoming transactions.

Getting out of the habit of handling money reduces a connection to the monarchy, something every adult born in the UK has had from childhood, and may encourage republican sentiment from this reduction. Unlike other countries, we do not have a flag in every classroom or a picture of the head of state on the wall. This was mainly because it was not needed. Monarchy and country have been, compared with other countries of our size, persistent and stable.

However, those who would weaken our institutions as a way of overthrowing them are always seeking advantage and the image of monarchy as an institution of national unity has now retreated from public view in a subtle but significant manner. I cannot see what there is to be done about this, apart from printing an image of Her Majesty on every till receipt as a kind of quality mark. Perhaps, dear reader, you may have a suggestion?