Our final chance to play hardball against a ruthless opponent 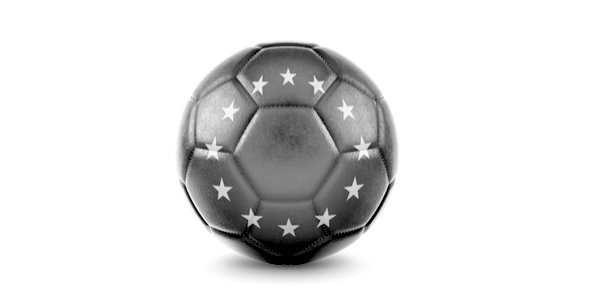 AMBROSE Evans-Pritchard, the international business editor of the Daily Telegraph and one of the keenest minds on economics in our media, exposed Mrs May’s ‘Withdrawal Agreement’ for what it is: a contract to pay £39billion and accept EU regulation with no veto, and locking in the EU £90billion trade surplus with the UK. This is not, as he points out, ‘a deal’ but a period in which our economy is in jeopardy as an EU trade colony, after which a deal can be discussed, when the UK will be far weaker than it is now after the depredations of EU regulation.

There is remarkable consensus on this. Sir Ivan Rogers, former UK ambassador to Brussels, who can hardly be described as a Brexiteer, has warned that the EU will grind us down mercilessly over the transition phase, running the clock until our backs are pressed against the wall and we are forced to yield to all demands on abject terms. This was, as he said in his lecture before Christmas to the University of Liverpool’s Heseltine Institute of Public Policy, down to the total failure of Britain’s Brexit negotiating stance. With the EU’s integration plans progressing, the concern now is that this may well involve consenting to become part of Selmayr’s project for a federal EU state, as Peter Gardner has explained in TCW.

That now is the time to resist the EU’s demands and to have the showdown, while we are still strong, should be concentrating political minds. But Evans-Pritchard is virtually alone among the commentators on the European economies in understanding the extent and significance of the eurozone crisis, and how desperate and negative the impact a no-deal Brexit will be on them.

It is why he is surely right to warn that it is now or never; that now is the time to take on Brussels while the situation is very much in the favour of the UK. Germany especially, he points out, is frantically concerned about the catastrophe to its economy, close to recession, unless the UK is offered a good deal and not kept away by the extremist bullying of Barnier and Weyand.

Leading German economists are so worried, he reveals, that they have circulated a doomsday scenario to universities and economists unless Brussels stops its dogmatic approach to the UK and begins to deal constructively with proper negotiations. The current Brussels punishment model, as Evans-Pritchard reports, can only lead both Germany and the EU into the abyss. You can read his article in full here.

The question is why do we hear nothing in the Commons of this? Why is no MP pointing this out? Why is Mrs May, who has not even begun to resist EU demands, rather kowtowed to the grotesque extent of putting the UK into two years of special measures as if a failed or criminal state ruled by the EU, not challenged on this? Why are MPs not holding her to account when there are published suspicions about her collusion with the Irish backstop chicanery as an easy way to slide out of Brexit commitments to quit the customs union and single market?

Evans-Pritchard is right. This is the final chance for the UK to start playing hardball against this ruthless opponent, and put an end to the failed policy of appeasement. But surely not with Mrs May at the helm. If anything underlined that, it was her reappointment of Olly Robbins to continue to lead the UK team of negotiators. It peals a death knell, not a call to arms.

She needs to be made to accept her constant failure to fight for the UK, and resign. Brexiteers in Parliament appear to have fallen asleep at the wheel again. They need to wake up and listen to Mr Evans-Pritchard. The backstop is but one facet of the entrapment of the WA.

Today Charles Moore in the Telegraph makes the very same point: that May likes the Irish backstop as her way of keeping the customs union. No sooner, he writes, had Mrs May agreed to the ERG’s demands than she started edging away from them. Mr Moore has not yet clocked Mrs May’s pro-EU timetable alignment, but he has realised more quickly than the ERG that she is slithering back to a quasi-customs union plan A, and is just holding off the ERG, yet again.

BBC radio news reports today, too, that she is seeking a customs union. Her tactics remain the same – leading on the ERG with occasional titbits, only to betray them later.

Yet, as Evans-Pritchard says, a no-deal outcome is a big risk but the terms of the Withdrawal Agreement pose an even bigger risk: ‘We are not so weak, and the EU is not so strong, that submission is necessary. The sooner we regain our nerve and break completely free from this tightening trap, the safer we will be.’

His words need to be shouted across the Commons chamber at Mrs May and her front-bench team. Boris Johnson, Jacob Rees-Mogg, David Davis, Steve Baker, Dominic Raab, what is stopping you?