Our new title – farewell to the contaminated C-word 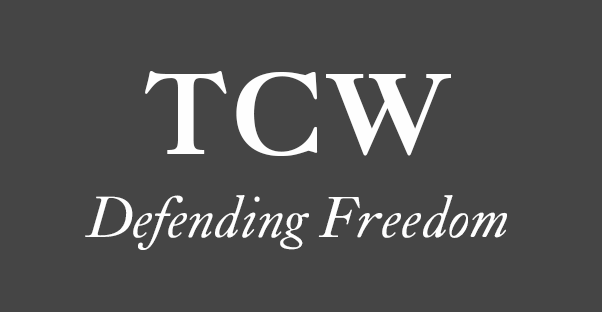 THE first thing anyone receiving our daily email or linking to our site from Google today will notice is that we are no longer The Conservative Woman. We have become TCW Defending Freedom. This reflects, belatedly I’m afraid, the major shift of gear that’s taken place on the site since the start of the first lockdown, from promoting social conservatism to defending the even more fundamental principle that is the prerequisite of any political discussion: freedom.

Laura Perrins’s seminal essay Liberty shackled and the future blighted: RIP Europe, 312 – 2020. We had a good run  published on March 18, 2020, was more prophetic than even she, with all her acuity, knew. She could not predict the fascist depths to which this government, hiding behind the name Conservative, would plumb or the speed with which this would happen, on the mendacious and spurious excuse of keeping people safe.

One look at yesterday’s newspaper headlines should be sufficient for readers to understand why we are no longer prepared to risk the reputational damage of having the word conservative, albeit with a small c, in our name. We think it is irreversibly contaminated.

For some time now all of us at TCW have felt increasingly uncomfortable with the idea that anyone, though mistakenly, might associate our website with the Conservative Party or, worse, the Government. New readers, who are coming to us in droves, unacquainted with our ‘philosophy not the party’ mission, might well do so. So tarnished and damaged is the word that we can no longer bear the thought that anyone could think for a second that we are anything at all to do with the party which has so shamed and betrayed its name and the country; a party that has nothing to do with the fundamental values we still espouse.

As the weeks and months since Covid appeared have gone by, we have watched in growing disbelief and horror the failure of any MP to resign in protest against this lying discreditable sham masquerading as a democratic Conservative government. Each one is culpable, therefore, of supporting it by default.

What would be the straw that broke the camel’s back? We are still waiting. From Boris Johnson’s first lie over lockdown (three weeks to ‘flatten the curve’, remember?) and the doomsday projection of 500,000 deaths to the continuing institutionalised lying psy-ops propaganda-induced state of fear, from unnecessary (and inaccurate) mass testing and mendacious ‘tiers’ to crucifying the economy and accumulating a debt mountain, from a cruel dereliction of duty of care for children locked out of schools, their physical and mental health disregarded, to subjection to masks, officious social distancing, unnecessary quarantine and likely criminal mass vaccination, from the suppression of treatment to vaccine safety and efficacy lies, from vaccine coercion and bribery to mandatory, discriminatory vaccine passports, it appears these MPs are prepared to swallow the lot. Where is the dial on their moral compass? Will we see them lying down under the latest ‘vaccine vouchers’ for the young? Will they turn a blind eye to the blatantly unethical junk food for jabs bribery to bring recalcitrant young people to the nearest jabbatoir? Will they digest this one too? Will they accept exposing an entire generation of younger children to the risk of an experimental vaccine they do not need? It’s coming down the track.

Every single one of these men and women has signally failed to take the only real stand they could, and still can – which is to dissociate themselves totally from this corrupted government and the party that so blindly supports it. If there is one thing they should know by now it is this: they are fooling themselves if they think their morally depraved government can’t sink any lower. Each and every time it does. That is the fixed pattern.

I am deeply fearful for the future. I do not see this as a passing phase. What’s happening is as irrational as it is immoral and all people of good conscience must now ask why. In the absence of any rational public health or safety reason, it is impossible not to see the government’s actions as a coup against democracy under the cover of this massively exaggerated pandemic; as a government at war with its own people.

I imagine that the process of falsely induced fear, the power and the workings of groupthink via colluding key institutions – the health service, the education system, the Church, the judiciary and, most worryingly, the mainstream press and broadcasting outlets – mirrors Hitler’s manipulations and the societal ‘cave-in’ that marked his climb to one-party state power. Today it’s Covid, not Judaism, that is the falsely created existential threat – one that is already being extended to the unvaccinated. Today it is not one madman pulling the strings but a conglomerate of vested, cohering interests of a global elite who believe they know what’s best for society.

Today we at TCW Defending Freedom commit ourselves to fighting this to the best of all our abilities. We will continue to provide the main outlet for opposition and dissent via comment, reporting and investigation. This is our mission and purpose as long as we can put finger to keyboard, or are dragged kicking and screaming from our computers.