Our oppressors will answer for this – we have to believe it 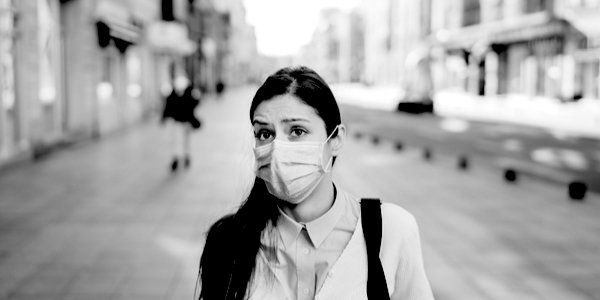 ‘YOU ask, what is our aim? It is victory. Victory at all costs – Victory in spite of all terrors – Victory, however long and hard the road may be, for without victory there is no survival.’ – Winston Churchill, speech to Parliament, May 13, 1940

In this Sunday’s TCW, Kathy Gyngell wrote of the relentless assault on our liberties which is rapidly dragging us from democracy to tyranny. Despite this gloomy scenario, she maintained that ‘all is not lost’. As we witness the dismantling of once-free societies across the world, matters seem unstoppable and irreversible. Yet we must retain hope and hold to the belief that it is not yet over.

In his speech to the House in May 1940, Churchill acknowledged the dark clouds gathering but was steadfast in his assertion that defeat was unthinkable. There would be ‘no survival’ for a country which would be under the jackboot of tyranny and slaves to the German Reich.

As Churchill spoke, Europe was in turmoil. The Wehrmacht had poured into the Low Countries and the Battle of France had just begun. Within six weeks a disastrous military campaign and a catalogue of intelligence errors culminated in the Fall of France and the French request for a British armistice with Nazi Germany. The Ambassador to France, Sir Ronald Campbell, was appalled. ‘Peace under such circumstances,’ he warned, ‘would mean centuries of servitude.’

The French were equally incredulous on hearing that Britain would not seek her own peace terms with Hitler. Marshal Philippe Pétain, who would head the collaborationist Vichy government, asked British liaison officer Edward Spears: ‘What could you achieve where the French Army has failed?’ Turned out it was quite a lot.

In June 1940 a German invasion of England seemed imminent, yet against all the odds Britain’s ‘Finest Hour’ was about to begin.

The French surrender and subsequent collaboration was based on the mistaken belief that the war was over, Germany was victorious and Adolf Hitler would lead a New World Order. Pétain believed collaborating would gain France a favoured place at the table, yet two million French prisoners of war remained captive whilst one in seven Frenchmen aged between 20 and 40 were sent to work in labour camps in the east. By September 1940 food rations were less than 1,300 calories daily and declined even further as the war continued.

The moral bankruptcy and inhumanity shown to France’s Jewish citizens also rested on the premise that no one would ever be held accountable. They were subjected to the most egregious breaches of human rights, with endless decrees forbidding them access to museums, restaurants, theatres and cafes. Eventually they were banned from the military, the teaching and medical professions, the judiciary, banking – essentially their removal from society.

Of course monsters do not stop at marginalisation and isolation. In July 1942 more than 13,000 Jews were rounded up and held in the Vel d’Hiv stadium for deportation east to an almost certain death.

They included almost 4,000 children on the recommendation of the head of government, Pierre Laval.

Those behaving in the most abominable way never believed a day of reckoning would arrive. It did.

Pétain insisted he acted only as a ‘shield’ to protect the French people from harsh treatment whilst Laval justified recommending that Jewish children be deported to Nazi camps as an act of compassion, preventing family separation. Multidirectional Memory p.278)

No one had sought aggrandisement. No one had enjoyed the trappings of power. All had acted for the good of the French people.

Pierre Laval was executed for treason in 1945. Pétain, almost 90 years old at his post-war trial, was condemned to death, the sentence commuted to life imprisonment on account of his age and his distinguished First World War service. He died at the age of 96.

As we witness calls today for the unvaccinated to be denied the right to work, as Wales extends segregation against the unvaccinated and as an Australian Premier states that those who refuse to comply with medical tyranny will be second-class citizens with few freedoms, we must believe that these people will one day be answerable for the havoc and misery they have wreaked.

Make no mistake, like France’s collaborators everyone will have an excuse which justifies their inhumanity.

Yet all is not lost. In Churchill’s words, ‘The future is unknowable, but the past should give us hope.’