Our tribute to a true conservative woman 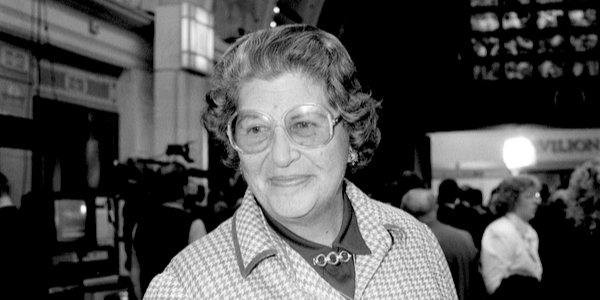 Today The Conservative Woman pays tribute to one remarkable and truly conservative woman, Baroness Trumpington, who has died at the grand age of 96. She epitomised all that we admire: a woman not foiled by adversity but who ‘got on and did’, by contrast with many of today’s would-be high-flyers who spend far too much time ‘stopping and complaining’.

We refer you straight away to Bruce Anderson’s tribute in the Spectator which encapsulates her no-nonsense approach to life. She was indeed ‘a remarkable old girl’ and ‘the funniest woman’ in the House of Lords.

Anderson explains it was Margaret Thatcher to whom this former Land Girl and Bletchley Park code-breaker owed her peerage. As he describes it, Jean Trumpington and their Lordships ‘revelled’ in each others’ company. No wonder. This clever and reflective woman was not exactly short of badinage or repartee. One anecdote refers to one of the younger whips trying to climb past her on the benches saying: ‘Jean, can I just come between your legs and . . .’ She interrupted: ‘Any time, ducky.’

Gosh, it is hard not to look back on that era without nostalgia. This was the time when successful women were real women and men quaked in their presence. We thought the wonderful BBC interview extract below was a brilliant reminder of how it was – and how it should be still. Watch this, and ask what chance did the poor man have between two such titans as Margaret Thatcher and Baroness Trumpington? We salute you both.