Our vanishing countryside is what XR should protest about 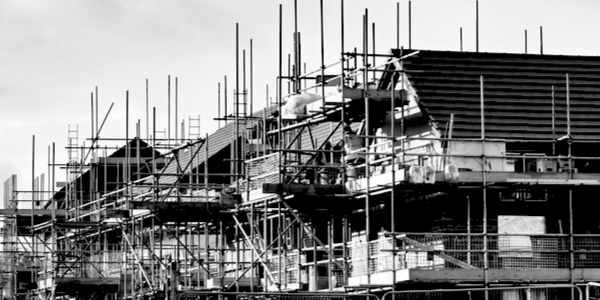 IN HIS column for yesterday’s Mail on Sunday, Peter Hitchens asked: What is the point in Extinction Rebellion now that the government are doing everything they want?

I feel the same about the so-called Green Party. The government’s plans to cut emissions by 78 per cent by 2035 and to replace petrol and diesel cars with electric, not to mention dumping gas boilers, should have the Greens and XR cheering from the rafters, yet they continue to take to the streets in protest. Why? Is it because XR, like Labour with the lockdown restrictions, would like the government to go harder and faster? Probably, but still the government’s hijacking of Leftist projects should give these activists pause for thought when they are blocking London’s streets. Instead they should protest against the butchering of the British countryside.

For those of you who live in villages and have seen housing developments spring up, how many times have you seen the climate lobby protest? How many Greens have you seen chained to railings or glued to the roads, stopping the builders and their machines? These projects mean infrastructure changes – making GP surgeries larger, increasing school buildings, widening and in some cases building extra roads. Not exactly great for the environment, especially with the inevitable increase in traffic, and yet where are the climate activists, ready to assemble and lie in front of bulldozers to ensure none of this work gets off the ground? They are never there.

In the last few years in our area of Norfolk, we have seen development plans passed willy nilly. A sign in a field over the road tells us work will soon start on 30 new houses. That will devastate this village and turn it into just another suburb, despite more than 100 complaints and objections. Our neighbouring town, North Walsham, is looking at a development much bigger (2,000 houses with new facilities, businesses and the building of a primary school) which would seriously increase the flow of traffic already choking our busy village. No doubt a plan will be formed, if it hasn’t already, to widen the thoroughfare that takes people from Norwich through Coltishall and up to North Walsham, which would flatten our village and turn it into a wasteland. Thousands of acres of countryside will be lost, and yet there are no dissenting voices from the Greens. Many of our local councillors, who are waving these developments through, will no doubt also be cheerleaders for the fight against climate change. Our council, which agreed on the development happening over the road, is Conservative; North Walsham a mixture of Conservatives and Lib Dems, the same lot who cheer the climate change battle. Oh, the irony.

In January 2016, work started on the A1270, a 12-mile dual carriageway around the north of Norwich, swallowing up the countryside and devastating the wildlife there, and continuing to do so, if the number of dead animals daily seen on the roads is anything to go by. This is what happens when developments come to a town or village. New roads are needed to join these extended centres of trade together and if they continue at the rate they are, pretty soon we’ll be mourning the loss of the great English countryside, its quiet hamlets and villages. I’ll mourn it but the activists for the Greens and XR won’t. They’ll be chained up in London whining about something the government are already doing.

If you see a sign go up in your village for a planned development, contest it, as I did with ours recently. It probably won’t make a blind bit of difference but neither the Greens nor XR will do it for you. As for the government, despite their claims to want to help the environment, these developments are happening with the express permission of their local councils, many of whom happen to be from the same party. Their green credentials, like those of Caroline Lucas’s party, tend to sway in only one direction.

Share
Facebook
Twitter
WhatsApp
Email
Previous articleDon’t suffer in silence, speak out against the control freaks
Next articleCovid, a brilliant way of transferring money from the poor to the rich