Our votes are precious – we need ID to protect them 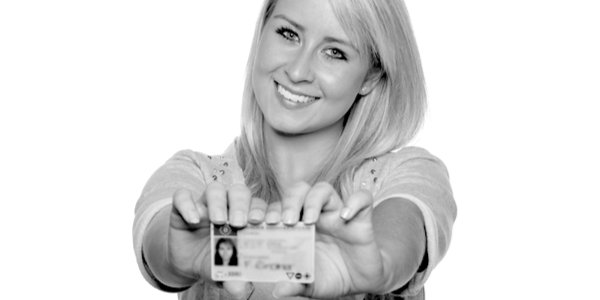 Electoral fraud in its different forms has not yet been shown to be a major problem in British politics, but it happens. The Tower Hamlets scandal of 2015 is the most shocking example of recent years but there others. The Labour Party, however, seem to have decided that there isn’t a problem. They see trials requiring voters to show ID at this year’s local elections as unnecessary. They point to press reports that in last year’s general election the number of cases of voting fraud was vanishingly small. But given that we have very few measures in place to spot it, there is a genuine worry that much fraud is simply going unnoticed.

The Electoral Commission has been busy chasing down stories of students who claimed to have voted twice (in their home and university constituencies) which, as Charles Moore has demonstrated, is a crime to which there are effectively no barriers if you are discreet. Then there is the old favourite of ‘personation’ – turning up at the polling station claiming to be someone else and using their vote. For me, this brings back memories of elections long ago. Of mates from one particular community with quite a tradition of electoral misbehaviour (‘vote early, vote often’) who would be tasked with going to vote on behalf of family members, thinking that no harm would be done.

Hardly evidence, I know, but awareness of this sort of fraud among front-line polling station officials, or the likelihood of their challenging it, seems more or less non-existent. I was actively involved as a grassroots volunteer in seven general election campaigns, and various council elections too, but never saw or heard any evidence of vigilance against this sort of fraud. And unless voters are challenged by officials, how on earth would such crime ever be noticed? How can we know if it’s rare or common when no traces are left?

To Labour, though, this isn’t about electoral integrity, it’s an attempt to disenfranchise the poor. MP Cat Smith points out in the New Statesman that 3.5million voters don’t have adequate ID, lacking a passport or driving licence. There is no reason to doubt this. However, where ID requirements are to be trialled, the range of ID accepted is far wider than just those two documents. One group that the alarmists highlight as likely to be excluded are the elderly, but the photo-card bus passes to which most retired people are entitled will be allowed as ID. For those lacking any documentation there is the option of getting an official ID certificate, something local authorities are keen to encourage. When you look at the detail of what can be used and what support is available, nobody need be excluded.

Currently in the UK you need ID to open a bank account, take most employment, obtain social housing, take a privately rented tenancy, claim social security and a host of other things. The example of social security seems especially relevant. The Left say the poor will be hit most, but if this is so, why aren’t they claiming that millions are excluded from the benefits system for lack of ID?

Given the closeness of the result in some constituencies last June and how few seats would need to change hands for there to be a change of government, our next general election could be thrown (either way) by a tiny number of dodgy votes. Part of our defence is to demand that voters show ID. It’s good enough for Canada, Spain, India, Greece and a very long list of other countries. Why should we be different? Unless you think UK voters have some special quality of inherent honesty that voters elsewhere lack.

Guido Fawkes points out that Labour seem perfectly happy to impose ID requirements on their own members in party votes. What does it say about a party that it trusts its own members less than it trusts the public? And this isn’t a one-off example. From my time long ago as a Labour Party functionary, albeit at the lowest level, I remember the discussions about ensuring that anyone voting in internal elections wasn’t falsely claiming an entitlement they didn’t have. Double standards?

It’s easy to sound sentimental or pompous when talking about how precious our votes are and how vital it is to defend the integrity of our elections. But few things are more important to our way of life. Proven fraud might still be relatively rare, but Tower Hamlets and other scandals have shown there is potential for serious corruption. If the government deems it necessary to show ID to vote, something we have to do in many other contexts, that’s fine with me.