NewsPaperthe art of publishing
HomeNewsOverheard at Boris and Carrie’s*
11

Overheard at Boris and Carrie’s* 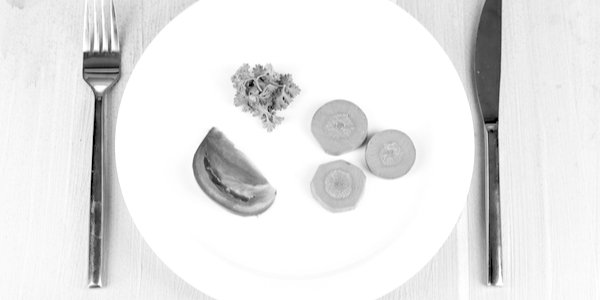 SCENE: Boris at his breakfast (a small plate of vegan fare). Ditto Carrie with an even smaller plate.

Carrie: Just don’t. Don’t even think about it.

Boris: God, what I’d give for a sausage sandwich or a full English. I don’t know how you lot do it.

Boris: You’re alluding to him again, aren’t you? ITMA.

Carrie: Sexist pig. Don’t talk down to me.

Carrie: Yes. If you must know it is that bloody man again. I’m going to be blunt, Boris. If you get into bed with Farage I won’t be getting into bed with you again. Ever.

Boris: Crikey! Blinkin’ hell! Have you been reading Aristophanes? This is the plot to Lysistrata!

Carrie: Don’t get lippy. You’ve been warned. This isn’t the old Tory Party, y’know! It’s nice and clean and shiny and I for one won’t have it dragged down in the gutter by that man.

Boris: Well, Lysistrata, or can I call you Liz? I take your eminently fair point but, dear, you must realise: that man has already pushed us to where we are now. Like a veritable farmer on One Man and His Dog, he has worried and harried us into the pen of Brexit. ‘Come by, come by,’ he called. I’m afraid we had no choice but to come by. That’s why Dave called the referendum; had to. I know it feels like a hundred years ago now, but that’s what happened.

Carrie: That was then.

Boris: Look, dear, I wouldn’t want to break bread nor sup beer with Farage but, well, we’re in a corner here, a proper old tight spot. Get this wrong and the Tories are kaput. Pulvis et umbra sumus, as Horace observed. We are but dust and shadow.

Carrie: Don’t start all that Latin crap. It’s bad enough in the bedroom. If you do a deal with Farage, how will I be able to show my face anywhere? They’ll have a picture of you and me on every dartboard in every craft beer pub from Islington to Crouch End. No, I’m not having it.

Boris: Cummings takes the same view – but think of the gains. The North – Brexit Party – and the South – Tories – put the old Labour-Tory rows (who does the washing up and how much they get paid for it) aside for a time, join up to trounce Corbyn, the Lenin of Finsbury Park, and thrash all comers. I end up with a thumping majority and we get on with things.

Carrie: Do you want a ginger and turmeric latte? I’m having one.

Carrie: The Brexit Party is racist. Simple as. If you did a deal we wouldn’t get a dinner party invitation for a decade, if ever. Where would we socialise? Incidentally, you’re getting quite a reputation as a fascist yourself.

Boris: That’s just the media sneering. I’ve always been very philosophical about mass immigration. It’s the cheap petrol that keeps the lawn mower engine of the British economy chuntering away year in, year out. It was me who wanted a migrant amnesty! I still want one as a matter of fact. Of course, we in the new modernised Tory Party always knew what open borders would mean. Lots of angry people from unhappy lands, sky-high rents and flat wages for those at the sharp end, and of course the odd bomb attack and mass-casualty terror raid. But as I always say: mass immigration may well mean Yemeni tribesmen taking pot-shots at each other in Hackney Wick but as long as they’ve all got VAT registration numbers it’s bloomin’ well fair dos. George Osborne took the same view. Remember that John Lennon record, Whatever Gets You Through the Night? Well our version is Whatever Gets You Through the Next Financial Quarter. Don’t you worry, once Brexit is done we will be back to business as usual, full-on Blairism. I won’t change a darn thing. Big state, big tax, PC, sky-high unsustainable immigration, climate change mania, NHS as the National Religion, Common Purpose agents running all civil institutions (no man alive can unpick that penetration); drag queens in primary schools and gender neutral penguins, drugs everywhere – and ten-mile queues at every immigration office in the land! Everything you and your little millennial spads want: Tories-as-New Labour. Just as long as the moolah rolls. I’m on the case, luvvie, I can deliver it, but I need (puts on Churchill accent briefly) THE TOOLS TO FINISH THE JOB.

Re immigration: lawks, we had a laugh in the Cabinet room with the ‘points-based immigration system’ baloney: that was an old, old, threadbare chestnut back in the Blair dog days. Still, people seem to swallow it, God bless ’em.

Anyway, all those extremely cross Islamists seem to be going quiet. If I was in Isis I’d be going to see my showbiz agent: can’t you get us on Britain’s Got Talent or Bake Off or something?

Carrie: Shut up! You can win this on your own. You don’t need Farage.

Boris: That is eminently debatable. Look at all these Lib Dem, middle-class Labour Remainer types in London, we’d be skinned there. Then what happens?

Carrie: You should have enough votes elsewhere to carry the day. Particularly once you get a deal through with Brussels.

Boris: It’s all a bit tricky though. I mean, suppose we don’t get that majority? Look what happened to May. Come to think of it, weren’t you involved in Tory PR during Mrs May’s low farce at the ballot box? I’d love to know how you got made Director of Communications for the Conservative Party at the age of 29.

Boris: I did warn May of course, I said don’t put children in charge of election strategies. She insisted on Nick Timothy and Fiona Hill, who led her into Cock Up Central. Those two motorcycle ashtrays have just been given CBEs for the mess they made.

Carrie: You’re awful. Boris, you’ve been warned. No Nigel. I don’t care if it means Corbyn in No 10.