NewsPaperthe art of publishing
HomeNewsOwen Jones: You agree with me or you're a far Right extremist
119

Owen Jones: You agree with me or you’re a far Right extremist 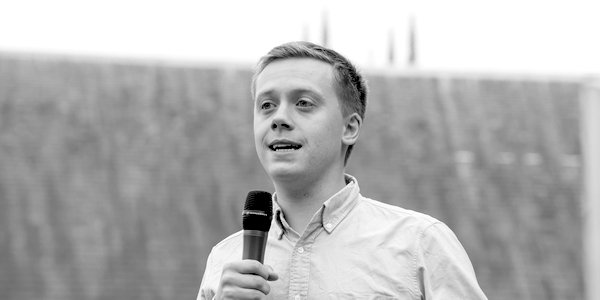 Owen Jones has been calling Nigel Farage ‘far Right’ on Twitter this week.

Rightwing extremism’s on the rise – and LBC is legitimising it. Are major companies like @BritishGas, @Experian_UK and @TKMaxx_UK happy to associate their brands with it?

Watch this video on how we can #DumpFarage https://t.co/0haeMVKFYQ to stop the far-right becoming mainstream pic.twitter.com/YYSdGj8XZW

The real far Right, that is the likes of the odious BNP and their dream of a white ethno state, has almost zero support in Britain.

Farage is a civic nationalist, not an ethnic one. Both he and his former party UKIP are not anti-immigration, they just want to control the flow, regulate it and decide who gets in from Westminster not Brussels.

The fact that Owen Jones has a broad support base, many of whom believe civic nationalists like Farage and UKIP are indeed ‘far Right’, is indicative of either extreme political illiteracy on the Left or a wilfully dishonest smearing of their political opponents.

A few years ago Owen Jones wrote a book called Chavs: The Demonization of the Working Class, yet his definition of far Right ends up demonising as xenophobes any working-class fans of Nigel Farage or UKIP who have concerns about Islamic extremism and mass immigration.

I wonder if Owen is aware that his definition of far Right is so broad that it includes British Indian Sikhs, West Indians, Sharia-opposing Muslims, ex-Muslims and various other ethnic minority Brits who have voiced similiar concerns to the ‘chavs’ Owen likes to appropriate as long as they share his far Left politics.