Palliative care and assisted dying – never the twain shall meet 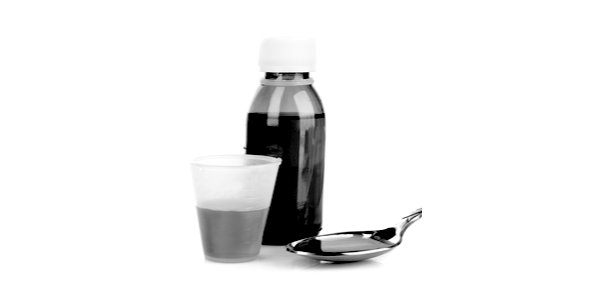 ATTEMPTS to change the law on assisted suicide in England and Wales usually start in the House of Lords. In the last two decades, Private Members’ Bills have been introduced by the late Lord Joffe, Lord Falconer and now by Baroness Meacher.

There is method in it: the Upper House, crammed with intellectuals in the final years of their lives, is more sympathetic to this sort of thing than the House of Commons, which in 2015 threw out the Assisted Dying Bill of Rob Marris by a whopping 330 votes to 118.

Going into battle, Baroness Meacher had the support of the Sunday Times among other mainstream media energised by spurious opinion polls and an unremitting series of stories of awful suffering and minor celebrity endorsements channelled to them by Dignity in Dying, the death cult formerly known as the Voluntary Euthanasia Society.

But at the Second Reading debate, she didn’t do nearly as well as expected: 66 peers spoke in favour of the Bill, while 62 argued against it. Six who were unable to attend asked to be quoted in opposing it. Had there been a division (not customary at that stage), Lady Meacher might have lost by a slender majority.

Unsurprisingly, the focus of the euthanasia lobby is now once again the Commons, and Dignity in Dying is begging its supporters to find more shocking stories to fuel its Project Fear campaign as it massages public opinion. It won’t rest until, like Mr Kurtz in Joseph Conrad’s Heart of Darkness, Joe Public is rendered supine and defeated, the light in his eyes fading like cooling embers, able only to utter ‘the horror, the horror’.

The hitch is that Boris Johnson is disinclined to give the Assisted Dying Bill the time it needs to reach the statute books, and Lady Meacher has accepted that it is likely to fail. So hijacking a flagship government Bill is looking a more attractive and productive alternative since its progress is guaranteed come what may.

Funnily enough, Labour MP Karin Smyth, chair of the All Party Parliamentary Group for Choice at the End of Life and an ‘assisted dying’ stalwart who sponsored the Marris Bill six years ago, on Wednesday tabled an amendment which looks like such a Trojan Horse.

Her amendment to the Health and Social Care Bill inconspicuously ‘adds a requirement for the commissioning of palliative and end-of-life care services’.

This seems innocuous at first glance. But the word ‘and’ is key because it makes the distinction between palliative care and other end-of-life care services. What services exactly Ms Smyth is alluding to she does not say, but given her form in advancing assisted suicide, they may not be hard to guess.

It may be that Ms Smyth seeks investment in palliative care as a balm to soothe consciences of MPs troubled by a law on assisted suicide. This is a ruse which has worked quite well in persuading the elected representatives of some Australian states and European countries to dispense with their fears and to see assisted dying as a safety net to catch the few hard cases while everyone else benefits from improved palliation.

It can be concluded with complete certainty that it never works out that way, however. In reality, euthanasia and assisted suicide act like cuckoo chicks in the nests of health care in general and in palliative care in particular, diverting and gobbling up resources and crushing out and destroying good practice.

It is the evidence – not the propaganda – that shows that palliative care and ‘assisted dying’ do not, and cannot, co-exist harmoniously. They do not rise and fall together because they are not complementary but are diametrically opposed both in theory and practice. One can truly flourish only at the exclusion of the other. To suggest otherwise is to ignore facts which are obtainable from jurisdictions where ‘assisted dying’ is now legal.

Before permitting assisted suicide in 1997, Oregon, for instance, was comparatively advanced in palliative care provision, ranked highly in the US for hospice utilisation, hospital ICU utilisation, pain policy and advance care planning policy.

After 2000, palliative care funding and provision stagnated as assisted suicide, encouraged by health insurers, took hold. Very few new hospices have opened since and those that cling to their existence refuse to co-operate with the Death with Dignity Act, a right they can enjoy under federal law (which cannot be replicated here).

A similar pattern of diminution in palliative care has been observed since 2012 in the Netherlands, where investment is a third less than in the majority of European countries which prohibit assisted death.

The same has occurred in Belgium since 2008 where promised increases in palliative care failed to materialise while the workload in doctor-assisted deaths climbed incrementally, sparking mass departures of palliative care specialists angry that their units were being turned into ‘houses of euthanasia’ and their functions reduced to preparing patients and their families for lethal injections.

Professor Timothy Devos, a haematologist in Leuven, told UK parliamentarians in September that palliative care, rather than euthanasia, has become the reserve option and that most doctors are scared to propose it in case they are accused of erecting illegal barriers to the ‘right’ to doctor-assisted death.

In Canada, after just five years of euthanasia, hospices face a loss of funds if they do not offer such services and, according to Ontario specialist Dr Leonie Herx, many doctors there are also abandoning palliative medicine, bullied out amid the expectations placed upon them to end their patients’ lives.

The hospice movement has always been popular with the British public who provide most of the funding through fun runs, jumble sales, charity shops and so on, while the Government contributes just 32 per cent. There is no other recognised medical speciality already so starkly underfunded in the UK as palliative care.

A legal commitment to palliative care services, of the kind proposed by Ms Smyth, may be welcomed by practitioners in the sector and no doubt by the 118,000 people a year who cannot get palliative care from the under-resourced sector. But it is unlikely that palliative care medics would accept this at the price of assisted suicide.

A survey last year for the British Medical Association found that about 90 per cent of palliative care practitioners oppose assisted suicide and last month the Daily Telegraph published a letter from a group of them declaring that in no circumstances would they cooperate with an assisted dying law because it would mean ‘a seismic shift’ in the way they cared for patients.

Is this just bluster? Perhaps only time will tell. Meanwhile there may be some lessons from New Zealand, which on November 7 became the latest member of the small but burgeoning club of nations to have embraced ‘assisted dying’.

The End of Life Choice Act guarantees all residents the right of access to a doctor who will kill them within a period as short as four days from receiving a request for a fee of $1,000, paid by the state, plus expenses (although just 96 of the country’s 16,000 doctors have indicated an interest in taking part).

Palliative care specialists there are entering a period of heightened nervousness. Yet their minds are made up. They will not comply with the Act. And here’s the killer fact: all but one of the nation’s 32 hospices have declared they will not permit euthanasia. The one exception – Totara Hospice in South Auckland – has agreed to allocate space on its premises for the practice while its staff will conscientiously object to any participation.

They know it’s bad, you see. They know that palliative care is wrecked by euthanasia and assisted suicide. We too must ensure we are not deceived.