NewsPaperthe art of publishing
HomeNewsParents! It’s not too late to save the next generation from this...
0

Parents! It’s not too late to save the next generation from this woke madness

IF, LIKE me, you’ve been mildly horrified by the ‘cancel culture’ and the recent wave of Extinction Rebellion, Black Lives Matter and counter-protests that have brought chaos, intolerance and division to our streets, rest assured, it’s not too late to nip it in the bud. If, like me, you have children under the age of 18, you can make a difference and prevent the next generation from turning into dogmatic and entitled little thugs who think that no one should be allowed to contradict or disagree with the views that they mistakenly think are sacrosanct.

If you act now, and act with confidence, you can stop your little darlings becoming one of the idiots vox-popped on the evening news, spouting extremist and incomprehensible nonsense about ‘fighting to dismantle the inherently racist and systematically oppressive society that is preventing the eradication of poverty and injustice’. You can prevent your child being the one who climbs up the Cenotaph and sets light to the Union flag. You can stop them getting beered up, chanting ‘Ing-er-land’ and having fist fights with the police.

This is how you do it.

Tolerance: Bring up your children to know that at some point, someone will come into their lives who holds views that do not necessarily align perfectly with their own. Tell them that they should listen to this person, actually listen, and try to understand why they might think like they do.

Regularly and gently challenge your child when they blurt out a statement, and occasionally put to them another point of view even if you believe they are right. Remind them that they should not shout down people who hold differing opinions, or call them names; they should not cover their ears and sing ‘la la la’ until they’ve gone away. They should hear them out and see if they can find anything sensible or relatable, even a tiny nugget will do, in what they are saying. They can then put across politely their own point of view and have what is called a ‘civilised conversation’ during which both parties may learn something new.

Gratitude: Train your children to see the hope in every situation, however dire it might seem. Remind them that there is always someone worse off. My own kids now preface minor grumbles by saying: ‘I know this is a first world problem but . . . ’ which helps me to listen with a smile, and not yell at them. This is good.

Do not let them become like Naz Shah, the Labour MP for Bradford West, who recently stood in the Commons attempting to lecture the opposite side of the House about poverty. Undoubtedly Ms Shah, like many others, had a difficult upbringing, but moaning about being forced as a child to endure an all-expenses-paid week in Scarborough with her sister, and being obliged to sleep in a dormitory and go bird-watching, made me want to request that she urgently give her head a wobble. Such self-centred whingeing is a measure of enormous ingratitude and an inability to appreciate any silver lining whatsoever. Do not let your children grow up with this miserable outlook.

Acceptance: Bring up your children to see themselves as fortunate beneficiaries of the wonderfully diverse heritage that is our world today; the truth is we are all mixed race. Very, very few of us can trace back our family trees and know exactly where we came from, hence the popularity of TV shows like Who Do You Think You Are? If your children grow up naturally thinking of themselves as mixed, they will view others in the same way and will be much less likely to see the colour before the person. This will lead to greater racial tolerance and less division.

If you have friends who are different from you in any way – politically, racially, religiously, financially, physically, sexually, mix with them as often as you can. The more differences your kids are exposed to during their formative years, the more comfortable and accepting they will be with the concept of ‘other’, and they’ll be less likely to feel threatened or compelled to fetishise it.

Courage: This is a tricky one, but it shouldn’t be. It’s recently become dangerous to speak out or act courageously, as J K Rowling has discovered, because we have somehow allowed a ‘cancel culture’ to prevail, where a shrieking mob can effectively get someone fired or ‘taken down’ because they dare to contradict the narrative of a vocal minority. This is utter madness and one day we shall look back with bemusement, much as we do on the witch trials of the 17th century.

Tell your children that if they feel something is wrong they mustn’t ignore that feeling. Just because everyone around them is saying otherwise, they do not have to conform. Read the Emperor’s New Clothes together, pointing out how easily the people accepted the narrative of a ‘cloth so fine that no one could see it’. Ask them if they could have been that little boy in the crowd who had the courage to point out the obvious.

Responsibility: Lastly, and this is crucial, do not encourage them to see themselves as victims – ever. Make them realise that everything that happens – good and bad – is sometimes just luck and sometimes the result of something they or someone else has done, or a decision they have made. Reinforce to them that the only person who can change their lives is them. This way they will learn that all actions have consequences and how to make better decisions.

This can be as simple as deciding whether or not to take an umbrella on a night out, whether to take drugs at a party, whether to get into bed with that person and so on. Teach them that it’s ok to make a mistake, but to learn from it and try to avoid repeating it.

Yes, it’s heartbreaking seeing your child in floods of tears because a situation has gone awry, but if that child is never forced to examine how the choices they made may have influenced the outcome, they will never grow emotionally and will remain trapped in a child-like state of victimhood where someone else is always to blame.

By routinely doing all of the above, you can prevent the next generation from feeling they need to virtue-signal at any given opportunity because you will have brought them up to know that they are fundamentally good people on the inside with a stake in society and nothing to apologise for. They will become fair-minded, strong, responsible citizens who courageously call out wrong-doing whenever they see it.

Because you’ve taught them that mixing with all sorts of people is good, they will be capable of holding simultaneously two conflicting ideas without imploding with rage. They will be secure in their own minds without automatically shouting down anyone else who disagrees with them. Because they don’t perceive themselves as perpetual victims, they will take a dim view of others who do. And they’ll be able to hold their own in the face of bullies.

Parents unite! None of this requires money, position or privilege, just plain common sense. The future is literally in our hands and we can change it, together. 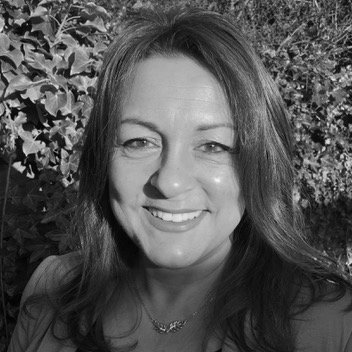 Linden Kemkaran
Linden Kemkaran is a writer, journalist and broadcaster and stood as Conservative candidate for Bradford East at the 2019 general election