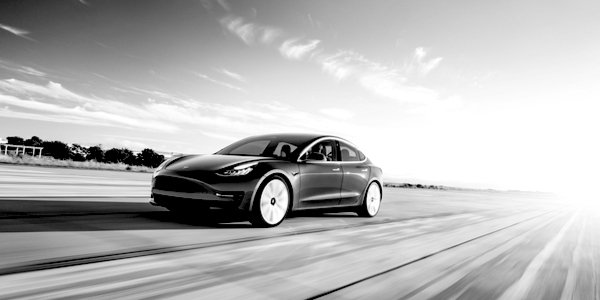 NOT long ago I wrote about the madness of proposals for pilotless planes. On terra firma, we’re now facing a similar sort of idiocy – ‘driverless’ cars.

The Department for Transport has confirmed that this year it could allow vehicles with a built-in Automated Lane-Keeping System (ALKS) to travel on motorways without any input from the ‘driver’.

If traffic slowed to 37mph or less, the ALKS technology would apparently maintain the vehicle in its lane at a safe distance from others, while the motorist could look away and do other things, such as using a laptop or reading a newspaper.

But the driver would need to stay alert and be able to take over within ten seconds when requested by the system. If he or she failed to respond, the vehicle would automatically put on its hazard lights and stop.

That’s all very well. But I wouldn’t be too happy if the driver behind or in front of me was blithely surfing the net, watching Homes Under the Hammer or doing the Times crossword instead of keeping his eyes on the road.

No matter what the technocrats insist, it just doesn’t sound safe or sensible. At 37mph, a car covers 54ft per second, fast enough to cause mayhem if anything untoward happens.

And that’s the problem – something untoward happening. Something unforeseen by the system’s creators. Something the technology is not programmed to anticipate or avoid, but which a human possibly could.

As the Daily Mail points out: ‘The system must pass the UK approval process through the Vehicle Certification Agency, which has set a benchmark that the car must stop for “detectable collisions”, without a clear definition yet of what this is.

‘For example, if an ALKS vehicle is involved in a crash which causes the airbags to activate, it clearly must stop. But if a motorcyclist lightly clips the car and is injured, it is unclear whether the car will know to stop.

‘In addition, ALKS cannot move the car out of its lane, so if it puts on the brakes when approaching debris or an animal, it is not clear whether the car can calculate if this would cause any vehicles behind it to crash.’

All those involved, including Transport Secretary Grant Shapps, acknowledge that there is still work to be done.

Thatcham Research, which conducts safety tests for motor insurers, says it is concerned that the Government calling ALKS ‘self-driving’ is contributing to the ‘confusion and frequent misuse of assisted driving systems that have unfortunately already led to many tragic deaths. Consumers will expect the car to do the job of a driver, which current models can’t do’.

The AA’s president, Edmund King, says: ‘Without doubt vehicle safety technology can save lives, but we shouldn’t be in a race to take drivers’ hands off the wheel. There are still gaps in how this technology detects and stops if the vehicle is involved in a collision. More needs to be done to rigorously test these systems before they are used on UK roads.’

However, despite the doubts there’s an unnerving air of inevitability about it all. Statements and forecasts are being made of the sort that tend to harden into accepted wisdom.

For instance, Mike Hawes, chief executive of the Society of Motor Manufacturers and Traders, claims automated driving systems could prevent 47,000 serious accidents and save 3,900 lives over the next decade by reducing human error. How can he possibly know?

Transport Minister Rachel Maclean says developing the technology will make future journeys ‘greener, easier and more reliable while also helping the nation to build back better . . . securing the UK’s place as a global science superpower’. How can she possibly know?

And there’s that stupid slogan again – ‘build back better’. I think most modern cars are quite well enough built as it is, designed with the rather clever idea that drivers should drive them, not robots and radar beams.

Is it really building back better to have cars with no drivers, especially when we’re now seeing the dreadful consequences of that other birdbrained idea – taking away the hard shoulder to create so-called ‘smart’ motorways?

Ms Maclean and the rest of the Government should shelve the driverless cars rollout until it’s been properly thought through. While doing so, they should ditch ‘build back better’ and act on that older and wiser saying: ‘If it ain’t broke, don’t fix it.’