NewsPaperthe art of publishing
HomeBrexit WatchParliament’s Brexit: What it means and what happens next
0

Parliament’s Brexit: What it means and what happens next 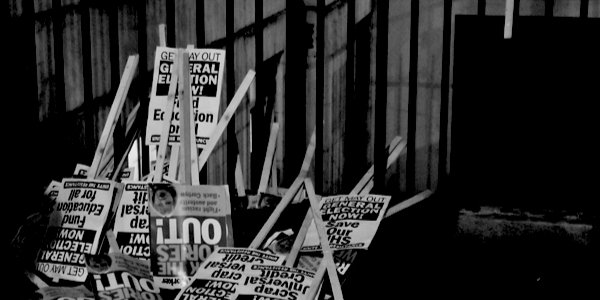 YESTERDAY Parliament clearly indicated its preferences to Remain, but its only decisive vote was to delay, and it indirectly chose less delay than it probably needs before another delay is necessary.

Remember: none of the alternatives earned more votes for than against, although some motioners stood to claim that the most ayes should be considered the winner. To entertain this notion, I have ordered the alternatives below in order of ayes:

The first five options would end back in full membership, because Britain gains nothing by forgoing membership while signing back into the EU’s pillars, principles, and programmes.

The most favoured option was for a second referendum, which explicitly hopes to reverse Brexit or to confirm options that are closer to Remain. The second favoured option is misleadingly marketed as a compromise, but staying in the customs union entails staying in the single market. Labour’s plan has always been to stay in both, although it pretends some uniqueness that it can never clarify. Common Market 2.0 is another pretence at compromise: it’s marketed also as Norway-style membership, but while Norway’s small and narrow economy escapes most of the strictures of the customs union and single market, Britain’s large and diverse economy does not.

Note that more MPs voted to revoke Brexit than to allow for ‘no deal’ (returning to WTO rules). A no deal Brexit is slightly more favoured than Malthouse B, which effectively calls for two years of status quo while resetting the negotiations in the hope of a better deal.

The smallest favour was for resetting Britain’s relationship closer to a free trade area or economic community, which the referendum of 1975 approved, and which used to be Theresa May’s policy!

In order of smallest losing margin, only the first two alternatives change position, which suggest that Parliament prefers the pretence of compromise than outright betrayal of the first referendum:

In order of fewest nays, the Customs Union again looks preferred, followed by remaining in the customs union and single market, followed by not leaving at all:

If indicative votes were structured like the referendum of 2016, we would care about only ayes as a percentage of the votes cast, without care to abstentions and absentees.

Notice that the order of ayes as percentage is the same as the order of smallest losing margin. Note that the referendum result (51.9 per cent) would clearly beat them all.

So what can I forecast? This process will continue indecisively for days to weeks. Oliver Letwin, who on Monday had motioned and won the right to schedule these indicative votes, was given the first point of order by the Speaker after the results. Letwin immediately claimed he had expected no decisive vote, and that a second round of votes would be required on Monday. Other MPs (Mark Francois, for instance) raised points of order against any repeat.

However, the Speaker authorised at least one more round, and indicated that the options would be narrowed over further rounds. Note that he alone has chosen which alternatives get presented – he claimed to select a ‘representative’ eight from many offers. He has shown biased interpretation of the constitution before, so you can bet that he will help to narrow the alternatives towards Remain.

The government (through Brexit Secretary Stephen Barclay) stood to claim that the results strengthen Theresa May’s proposed Withdrawal Agreement as ‘the best option’, but this is false. Some of the pointers of order (especially Margaret Beckett and Anna Soubry) pointed out that the most favoured alternatives (second referendum and customs union) earned more ayes than May’s proposed Withdrawal Agreement, which, at best (second time of motioning), earned only 242 ayes.

May’s proposal was not motioned on Wednesday, and would have been voted down, because the DUP (Democratic Unionist Party) clarified that it would not vote for it, and Jacob Rees-Mogg (leader of the Conservative backbench European Research Group) had promised to follow the DUP.

Remainer-leaning newspapers and the BBC led their reports with May’s promise yesterday to step down if her proposal were approved, as if this promise is a great breakthrough. It is not. She has made this promise before, for instance, in December, in order to win the Parliamentary Party’s vote of confidence. Then, as now, she offered no schedule for her departure. Under party rules, she cannot face another vote of confidence until December. She doesn’t need to call a general election until 2022. Her failures and low approval are unprecedented, yet so is her carelessness.

On this assumption, May will never earn an extension to 22 May, which the European Council had granted conditional on May getting her WA approved. Then the extension is limited to 12 April (two weeks tomorrow). Parliament’s indecisiveness (it has wasted 31 months since referendum already) suggests that it will not agree an alternative to no deal within the next two weeks, so the likeliest outcome is no deal on 12 April.

However, Parliament has repeatedly ruled out no deal, so likely would request another delay. At that point, I suggest a general strike and a blockade until Parliament implements Brexit.