AS one of the most important days in years, possibly in decades, for UK politics and House of Commons history dawns, with Boris Johnson attempting to secure MPs’ approval for his Brexit deal, how does the parliamentary landscape look?

It’s worth bearing in mind, at the outset, why we are in this mess. It’s because, essentially, we are saddled with a Remainer Parliament resolved to frustrate the expressed will of the electorate that delivered the largest popular democratic mandate for one specific policy in this country’s history. 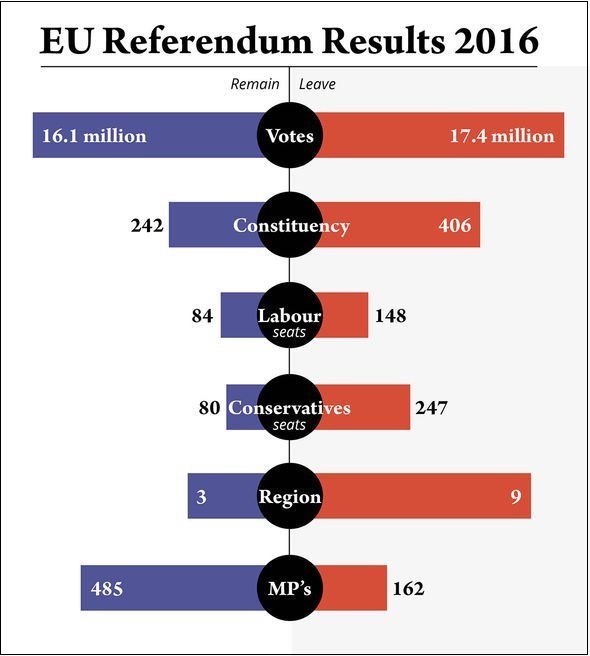 Even on the basic party arithmetic, with no other factors taken into account, Johnson’s prospects for success in the Commons look very tight. The Government has an operational ‘majority’ of minus 44, so in order to win it broadly needs not only to keep all of those in the Aye lobby, but also attract some others to it. The votes in play fall roughly into four key groups.

The DUP have officially rejected Boris’s deal ‘as it stands’ on the grounds that its revised protocol covering customs, the NI-RoI border, and transition arrangements does not fully assuage their objections to Theresa May’s original (non)-‘Withdrawal’ Agreement. However, it’s emerged in the past 24 hours that this may not be unanimous, and that some of the DUP’s ten MPs may be prepared to concede pragmatically that this is as good as it’s likely to get, and thus support the Government. The support of former Northern Ireland First Minister Lord Trimble looks to be a major boost.

Then there are the 21 Tory-Remainer rebels from whom the Whip was withdrawn. Rumours abound that an increasing number of these may relent and vote for the Johnson deal, on the basis that it is at least a deal, whereas their objection was to leaving with no deal. But this group contains a cabal of pro-Remain MPs whose determination to prevent no-deal is a transparently thin veneer to cover their determination to prevent any Brexit at all, democracy notwithstanding. Some of them are either standing down as MPs or are likely to be de-selected, and so have nothing to lose.

Next come the roughly 80-90 MPs of the European Research Group and its so-called ‘Spartans’ sub-set. Many of this group voted for Johnson in the Tory leadership election, after voting against May’s deal twice but voting for it on its third attempt. As Johnson’s deal, for all its flaws, is at least demonstrably better than May’s, their support, bar possibly one or two hold-outs, looks more or less assured, although, intriguingly, two ministers from this group were reportedly on ‘resignation watch’ yesterday.

Finally come the prospective rebels from the Labour benches, a growing number of whom are already on record as saying they would support Brexit as long as there was a deal, and who may well decide the issue, one way or another. Nineteen of them wrote to the EU asking it to agree a deal so they could vote for it. At the time of writing, Labour was threatening to impose a three-line whip, but many of them are likely to be standing down or de-selected in a Momentum/Corbynite purge anyway, and will quite possibly disregard it.

As a general observation, for many Remainer MPs this is crunch time. Irrespective of the merits or demerits of Johnson’s deal, those Continuity-Remainer MPs from across all parties who have hitherto been insisting that they ‘respect democracy’ and oppose only a no-deal Brexit are finally going to have to stand up and be counted on what their position really is. Not before time, and for some it could well be blood on the carpet.

The arithmetic is complicated enough. Factor in the possibility of a wrecking amendment, and how it might play out, and we are into the realms of crystal ball-gazing.

As this tweet from the Institute for Government shows, MPs had already started proposing amendments to the relevant motion yesterday morning, the key one (and little doubt exists that it would be selected by the pro-Remain partisan Bercow as Speaker) being proposed by serial anti-Brexit meddler and arch-Remainer Tory Oliver Letwin and signed by all the usual suspects:

Key amdt is from Letwin?

Means govt would still need to ask for A50 extension under the Benn Act pic.twitter.com/bRdjo5h0yP

The effect appears to be to withhold Parliamentary approval for the deal until the legislation to implement it has been passed. The immediate question which occurs is this: how can Parliament pass legislation implementing a deal which Parliament itself has not approved? Has Letwin, not for the first time, been too clever by half?

Its ostensible purpose is to prevent Johnson’s deal being passed but the legislation to implement it being derailed, resulting in a no-deal Brexit on 31 October by default. However, there seems little room for doubt, given their past Parliamentary shenanigans, that the real aim of the cross-party anti-Brexit plotters clustered around Dominic Grieve is to trigger the Benn Surrender Act, and force Johnson to seek an extension to Article 50 until 31 January, thus giving the Remainer Alliance in Parliament time to force through legislation for a second referendum. The Letwin amendment is, in effect, a spoiler.

It has to be said that, even if Johnson’s deal is approved today, and the implementing legislation follows in short order thereafter, the timing is still tight. The deal requires the approval of the EU Council of Ministers and the European Parliament. Given their glacial pace, that has to be doubtful.

There are other possible options for die-hard Continuity-Remainer MPs to take, with outcomes ranging from another bid for a risibly mis-named Government of National Unity to an Article 50 extension even without triggering the Benn Surrender Act. The future of Brexit remains uncertain.

One thing, however, is certain. Today will show, once again, the sheer extent of the demos-phobia embedded deep in the psyche of the majority of MPs that the Brexit vote and its aftermath has exposed. Hopefully it will be the last gasp of the creatures before the swamp is drained.