NewsPaperthe art of publishing
HomeNewsParty (no, symposium!) time at the BoJo Academy
7

Party (no, symposium!) time at the BoJo Academy 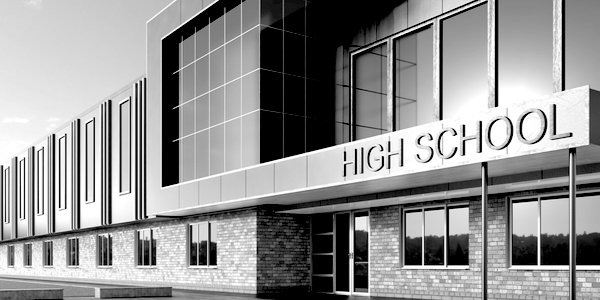 WHAT a pity that the eagerly anticipated start of Tsunami Term has been marred by some ridiculous accusations concerning a photograph from last summer. Purporting to show a party taking place in the Headmaster’s garden, the picture, which could have been taken only from Head of Economics Mr Sunak’s room, could, to the casual observer, appear to show a breach of regulations that were in force at the time. The Headmaster comments:

‘I am getting heartily fed up with individuals who seem hell-bent on undermining the authority and good name of the school. This latest episode is just another in a long line of confected “issues”.

‘Whilst at first glance, groups of individuals clustered around tables laden with wine, beer bottles, snacks – both salted and unsalted – might suggest a party of some sort, closer examination reveals a more prosaic explanation.

‘As junior assistant supply teacher Mr Raab pertinently observed, with many attendees wearing suits, it was clearly an after-work symposium. Those sporting cavalry twill-style Terylene trousers with ‘Sta-Prest’ creases were from the Media Studies Department, where for many years a more casual approach to work dress codes has prevailed.

‘Furthermore, the knot of guests decked out in Bermuda shorts, Hawaiian shirts and flip-flops, sipping cocktails, were staff returning from rehearsals for the Drama Society’s forthcoming extravaganza Summer Holiday – opening date to be confirmed.

‘On a financial note, the Bursar, with a keen sense of financial propriety, secured a very attractive discount on the drinks from Lamont’s News & Booze in the High Street.

‘Any further publication or dissemination of video/photographic material such as this will be met with a far more robust and consequential response.’

Thank you, Headmaster, for such a concise explanation which clears up this awkward issue.

On a happier note, what better way to celebrate new beginnings than to toast the Headmaster and his wife on the arrival of daughter Romy? Eagle-eyed pupils might have noticed that at Headmaster’s Lodge the decorators have been busy. In the nursery, out go the faded wallpaper and furniture and in come some dramatic new decorative touches!

Granted a preview of the new wall-covering, all we can say is ‘sensational’. The eye-catching black-and-white geometric design called Sudden Spike is from acclaimed contemporary designers Vallance & Whitty. A companion fabric will be used on the English Roll Arm sofa, and a source tells us that Mrs Headmaster is very much taken by the translucent repeating pattern called ‘Fourth Wave’ from Ferguson Fabrics – we can’t wait to see it!

The Headmaster enjoyed a long overdue ‘zoom catch-up’ with Matron last week. The sanatorium, now conveniently re-located to her ‘Casa Jabbonus’ in Spain, will be the school’s health hub going forward.

Despite her obvious workload, Matron was keen to reassure the Headmaster that in no way did she feel ‘overwhelmed’ and was confident that she could supply the same diligent level of care and compassion to pupils as before. Sadly, a longer conversation was not possible due to technical issues which resulted in a loss of picture, which was a great shame as Matron was just about to introduce Julio, the tanned and toned pool attendant who has kindly agreed to take on some detailed holistic ‘hands-on’ duties going forward.

Finally, Mr Frost, who has been our ‘point man’ in our dealings with the European schools’ exchange programme, has reluctantly decided that it is time for him to hand the reins over to someone more competent. Always somewhat ‘full of himself’, many staff found him to be somewhat faint-hearted and lacking in principles.

In his place, we are delighted to have appointed M/s Truss, who some parents might remember from her unstinting service at the Liberal Academy of Science & Technology some years ago. She will bring her undoubted talents to bear in future co-operations and can be relied upon to provide some determination and steely resolve in future negotiations.