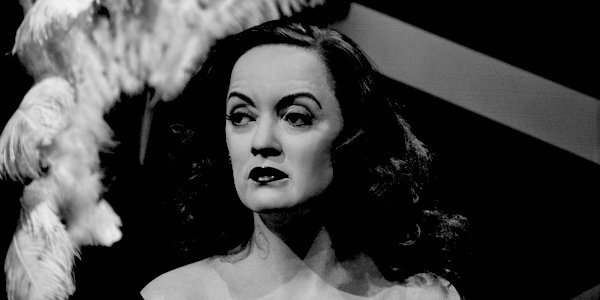 A recent TV drama described the long, bitter feud between Hollywood sirens Joan Crawford and Bette Davis. It showed in gory detail their creative struggle with each other and the heartless Hollywood studios which owned them. According to the story, Davis won because she had raw talent whilst Crawford only ever had looks.

Bette was a plain, skinny little thing and struggled mightily to get the lascivious movie moguls to cast her. It was years before they gave her anything worthy of her, but she managed to gain respect through sheer force of talent on stage and screen. Poor Joan, when her looks faded, was left with dust and ashes (and the Pepsi company after she married its founder).

Incredibly, after nearly sixty years of feminism, if they were starting out as actresses today their fates would be reversed: Joan would be the winner and Bette would get nowhere. Looking at the line-up of winning women gathered this week for the Hollywood Golden Globe Awards, what was striking was how similar they all looked, more like humanoid robots than expressive artists, and almost all could have been fashion models. The exception was Christina Hendricks, shorter and rounder, mainly famous since her role in the TV series Mad Men, set in the 1960s, for her bra size.

Despite swapping the word ‘actress’ for the harder-edged ‘actor’, all a woman needs now to be a success on stage or screen is model-girl looks. Pulchritude is seen in Hollywood as a sign of virtue, and feminine behaviour must be visibly sweet too. Gone are the days of strange, cold Garbo, a woman who was distinctly uninviting. Where are the equivalents of the androgynous and challenging Katharine Hepburn or cool, self-contained Lauren Bacall?

Sadly, Hollywood casting culture arrived at the BBC some time ago. It was most obvious this Christmas in the BBC version of Louisa May Alcott’s Little Women. The March girls were all pretty and feeble, lacking the zest and independence seen in the Hollywood versions of the 40s and 50s. If Dames Judi Dench or Eileen Atkins were starting out now, it’s doubtful if they would get very far. Miriam Margolyes might have been good as the first female Doctor Who, a parallel to crusty old William Hartnell, the first male Doctor, but of course the Tardis is now occupied by a beautiful woman, Jodie Whittaker.

The bony women lined up at the Golden Globes were famously decked out in black as part of the ‘#MeToo’ protest against lecherous movie executives. They are quite rightly uncomfortable at being molested by men in power, but they must know that globalised money has trumped feminism in Hollywood, and they are integral to that. They are only too happy to work in an environment where their appearance, not their ability, is the commodity for sale. ‘Lookism’ has made them winners, but the downside is that the type of men attracted to work in Hollywood are chiefly interested in money and sex. It’s a bit like complaining about estate agents and bankers. Unfortunately these women’s discontent with their world has fed into the new feminism, which equates all male sexual activity with abuse of power and sin against womankind.

(It’s white men who are up for censure, of course; the abusive practices of those from minorities are never mentioned. At the Golden Globes Saint Oprah Winfrey managed to turn the whole event into a lecture about the abuse suffered by her minority at the hands of whites in the 1950s. The beautiful women in black applauded wildly, not even noticing that their own identity issue had been hijacked.)

Throughout 2017 famous white men and their careers were thrown aside like casting-couch lingerie, destroyed by accusations of past sins. But now there has been an unexpected check from Europe to this Puritan hysteria. Ancient but esteemed actress Catherine Deneuve, supported by a hundred other French actresses, strongly rejects this ‘hatred of men’ and refuses to take part in ‘public lynching’. In Paris, where people have always flagrantly enjoyed sex without guilt, they have been observing how easily America and its UK bedfellow have come to equate a hand on the knee with rape. On the BBC Today programme, journalist Anne-Elisabeth Moutet identified ‘a new wave of Puritanism’, and pointed out that a man asking a woman to have dinner, or sex, however clumsily, is not committing an act of violence. With Gallic coolness she also remarked that in America everything is seen as black or white, while in France they still have nuance. That might even be a French word.

The French are riding to the rescue of free-thinking, decadent conservatives who mistrust hysterical social dogma. Moutet says the moral panic from feminists is ‘destroying the ambiguity, charm and difficulty of relations between men and women’.

Her words sum up the difference between Hollywood and the French cinema, between America and old Europe. Strangely, French women from a Catholic culture who’ve never had the economic or cultural independence of their American sisters, who didn’t get the vote until 1948, refuse to see themselves as victims and believe they are equal to men, at least in sexual matters. Unlike their counterparts in the US and the UK they are confident in their role as women. Their culture suddenly seems infinitely more grown-up and sensible than ours, and better suited to a future when men and women must learn to respect each other within the context of this greedy, globalised world.