Pat Cash and leading scientists rally to Novak Djokovic’s cause 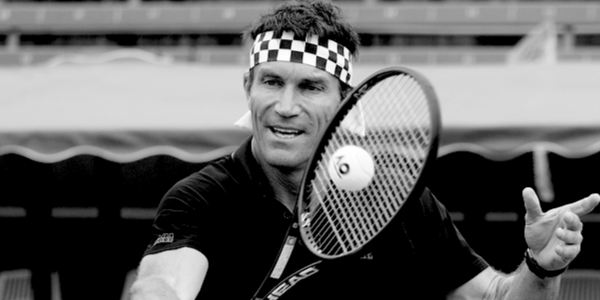 IN A deeply shocking move the Australian Government deported Novak Djokovic yesterday, shattering the world No 1 tennis player’s hopes of winning the Grand Slam title that would have established him as the greatest of all time. All that he risked for his principles. What a modern-day Greek hero.

Australia’s ‘doubling down’ on its own Orwellian irrationality, scapegoating and fearmongering is so far beyond petty, so far beyond reprehensible, that it puts the country into a class of pariah states along with North Korea.

It is a full year since Djokovic, the defending Australian Open champion, first came into conflict with the Australian Government when he asked for exemption for players from hotel room lockdown to be able to practice in the run-up to the 2021 tournament. His plea was denied by Mad Dan Andrews’s Victoria, and the media, instead of supporting his request for healthy players who were threatening no one, decided to pitch in. The onslaught was awful. But Djokovic proved himself the bigger man and impervious to the witch hunt against him. He has not once swerved from his principled belief in the right of medical autonomy. He has never tried to court popularity. He has stood alone amongst current tennis players in standing up for a fundamental human right. That takes some guts. So did his determination to exercise this human right and persist with his determination to play in this year’s Australian Open. Not a man to be put off, when his visa was rejected by the border force because he was not vaccinated against Covid, though he was exempt, he filed a legal challenge pending deportation, suffering effective imprisonment the while.

Vindication in the Australian courts proved to be a shortlived triumph for justice against an overweening and irrational state. He was immediately threatened by Australia’s Immigration Minister, the quite appalling Alex Hawke, who upheld the Federal Court’s decision.

Apart from the understandably outraged Serbian President who has accused the Australian Government of torturing and tormenting his countryman, no international ‘establishment’ figures have otherwise had the guts or decency to come out categorically in Djokovic’s support or to call out the farce of Australia’s politically indefensible and scientifically insane treatment of a healthy hero.

There are men of international scientific repute, however, who have defended him in this short and effective film prefaced by the former Wimbledon champion Pat Cash. He asks them the ‘pretty simple’ question we should all be asking: ‘Is Novak Djokovic, or other unvaxxed people, a danger to society and themselves?’

Here are their replies. The answer is No, explained by one eminent scientist after another: Dr Mike Yeadon, Dr Chris Martenson, Dr Paul Alexander, Dr Pierre Kory and Professor Sucharit Bhakdi. They are clear and categorical – Djokovic is no threat to Australian society. It is ludicrous to ever think he was.

A footnote: One wonders how many of the woke who’ve been so quick to condemn Djokovic as selfish are aware of his huge Covid philanthropy? After the pandemic spread to Serbia in March 2020, the player and his wife announced that they would donate €1million for the purchase of ventilators and medical equipment to support hospitals and other medical institutions. He also made donations to Bergamo, one of the worst-affected Italian provinces, to Novi Pazar, Serbia, and North Mitrovica, Kosovo.