NewsPaperthe art of publishing
HomeNewsPatrick Benham-Crosswell: Northern Ireland’s troubled past should be left there
12

Patrick Benham-Crosswell: Northern Ireland’s troubled past should be left there 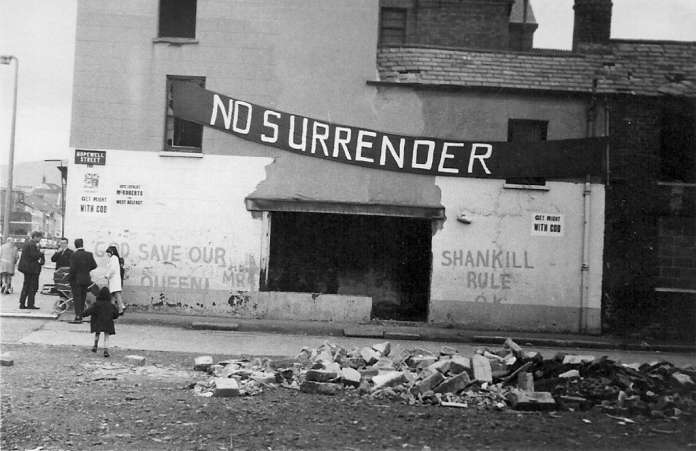 Paddy Ashdown wants a public inquiry into the use of torture by the British Army in Northern Ireland. While this will no doubt excite what is left of the  Lib Dems and have those lawyers of the Phil Shiner persuasion salivating at the fee-earning prospect of an extended rerun of the Saville Inquiry, the rest of the country should do what they do best, and ignore him.

With hindsight, it is a great shame that while St Tone was being touched by “the hand of history” and claiming credit for the sterling work of John Major to create the Good Friday Agreement, he failed to emulate the South Africans, and establish a truth and reconciliation commission. The rules of this were simple, confess completely to what you have done and you will be pardoned. Of course, had this been adopted in Northern Ireland the political careers of some prominent Sinn Fein politicians may have stalled. Mind you, given the latest fiasco in Stormont that might have been a good thing.

The major point, and where Lord Ashdown must know he is being silly, is that for most of the 40 years of the Troubles, any suspected terrorists arrested by the Army were handed over to the Royal Ulster Constabulary, usually within hours. In the very early days, when the RUC had effectively collapsed, this may not have been the case, but it quickly became so. Thus, interrogation of suspected terrorists (of all persuasions, both Loyalist and Republican) was performed by the RUC, not the Army. Of course, some prisoners in Army custody may well have been roughly handled. But the point is that they were not in Army custody for sufficient time to be tortured.

The next question is to define what constitutes torture. In any war information about the enemy is vital. While lots of information comes from technical means, a fair bit can be obtained from prisoners of war. While the Geneva conventions limit the obligation on POWs to reveal only their name, rank, number etc,  the reality is that their captors need more than that. (War is not a chivalrous, recreational sport for foolish princes and politicians; it’s a brutal battle to survive). This translates into a battle of will power between interrogator and prisoner. Sleep deprivation, disorientation, fear and discomfort are all influences available to the interrogator. So is pain. Where is the line between torture and reasonable interrogation techniques?

Owen Jones, Polly Toynbee et al would claim that all prisoners should be treated as guests. They assert that “torture doesn’t work”, but the reality is that effective, robust interrogation yields useful information. That information enhances other information into intelligence. Good intelligence boosts the performance of the captor’s side, which, in turn, should speed victory, or at least peace. It was intelligence that defeated the IRA and brought (relative) peace to Northern Ireland.

The Pat Finucane Centre, which claims that the government was aware of torture being used in the Troubles, has two purposes. The first is to piece together the jigsaw of what happened in the Troubles. The second is to find redress for the victims (which it admits is harder).

The challenge for the government is that the first part could well result in ex-informers becoming unmasked, which may not boost their health and happiness. I also await the confessions of those terrorists who enforced their rule though kneecapping children with Black and Decker drills (and let’s not forget that the terrorists did most of the killing and maiming).

As for redress, the UK taxpayer (who is predominantly English) already pays subsidies to support the Province and endured 40 years of funding the fight against terrorism to restore order. Enough is enough. The Northern Irish need look to the future, as in my experience most of younger ones do. Those who want them to be prisoners of their history should be rejected from power by the ballot box, as may well happen.

And Paddy Ashdown should discover the quiet dignity of silence. Making silly pronouncements as a Lib Dem is Tim Farron’s job.