NewsPaperthe art of publishing
HomeNewsPatrick Benham-Crosswell: One wonky missile is the least of our military’s worries
20

Patrick Benham-Crosswell: One wonky missile is the least of our military’s worries 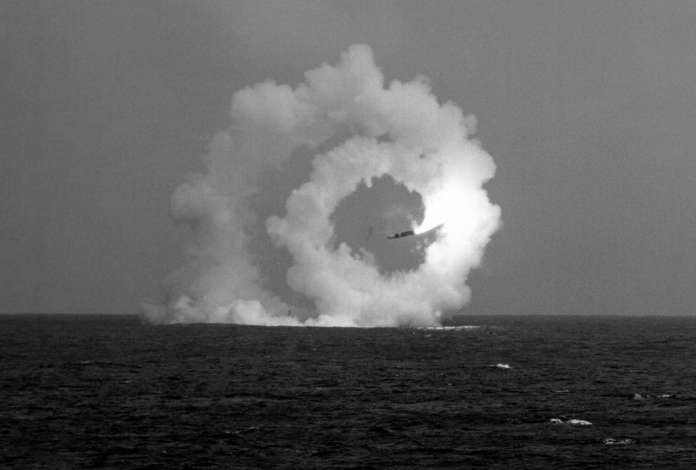 The Sunday Times has discovered that a Trident missile malfunctioned on a test firing last year. The newspaper has got itself into a lather about it, in common with the other papers, with all the usual hype. Some facts:

All missiles, be they anti-tank, anti-aircraft or ICBM are very, very complicated and sometimes go rogue. This is known, and taken into account when purchasing. So the UK (and indeed the rest of NATO, to whom UK and US Trident are pledged in the first instance) can rest assured that should our political leaders feel the need to rain nuclear warheads on some foe it, will happen.

Brilliantly, The Sunday Times has therefore taken a non-story, failed to do any research for context and produced an idiotic headline. Which is a shame, as the MoD is beset with problems. To pick some:

To expand upon the latter point – armoured (“heavy metal”) warfare requires tanks. The first Gulf War and the second invasion of Iraq were armoured wars – and the British played a strong part. Since then our tank fleet has been reduced from around 680 tanks to just 100 Challenger 2s (plus, if we’re lucky 50 more from a reserve unit). That is just about enough armour to make one armoured brigade.

In fact, in the land of soundbite defence, that capability has been split into two and mixed with some Warrior-borne soldiers and called two armoured-infantry brigades. The MoD has then added in a third un-armoured infantry brigade, with the possibility of one of the recently invented (unarmoured) strike brigades and claimed that the UK has an armoured division. The only people who believe that are ignorant, which includes politicians and, it seems, defence correspondents.

So, as is depressingly often the case, the main-stream media have got it wrong again. We British live under an effective, awesome and terrifying nuclear umbrella, so there is no need to worry about anyone launching a nuclear war against us or any of our neighbours.

The bad news is that anything less than Armageddon is beyond our armed forces, which have been reduced to irrelevance and impotence. The (serving) Army denies it (in public at least), politicians believe their own press releases and self-proclaimed investigative journalists lap up the drivel and sensationalise it.

Here is the reality – the British Army can add nothing of value to any armoured war and precious little to any non-armoured war and is probably a waste of money. That it has reached this sorry state without any sensible public outcry (or any resignations by senior officers) is shocking and depressing.