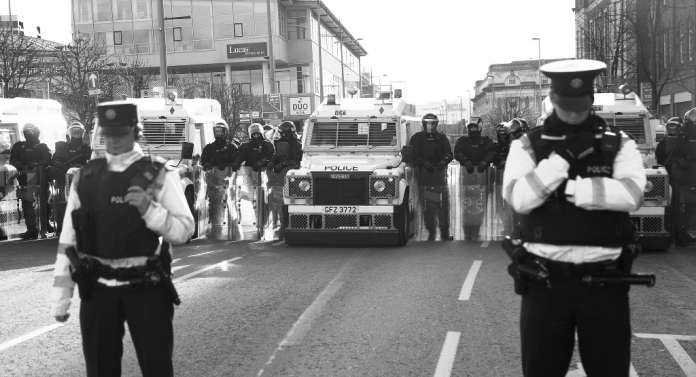 The Guardian reported that Mark Lindsay, Chairman of the Police Federation for Northern Ireland, is concerned that a hard border between Northern Ireland and the Republic, which he thinks is required by Brexit, would make his members sitting ducks for terrorist attacks. And so the Europhile establishment continues to smear Brexit.

The first point is simple, as the article admits, there is no plan to impose a hard border. So Mr Lindsay is panicking about something that is not going to happen. But hey, it’s a headline. Who needs facts?

Even during the height of the Troubles the border was barely closed, let alone sealed – in spite of significant efforts in the mid-1970s, when over 15,000 troops were deployed in the province. So the Guardian is reporting a non-worry about something that is not planned for the simple reason that it has been proven impossible. But it’s a headline and who needs context.

Mr Lindsay goes on to imply that the Police Service of Northern Ireland (PSNI) is 600 to 700 people short of the size of force recommended by Chris Patten’s review. Patten’s review was done in 1998 – since then much has changed in the Province, the UK and policing. Of course, if the PSNI is truly short of manpower they could stop pursuing British servicemen who deployed there during the Troubles with threats of criminal prosecutions for acts that were not found to be criminal at the time.

The border areas of Northern Ireland voted to remain in the EU – but then the border areas are predominantly Republican and have done rather well over the years from subsidies, grants, scams and frauds based upon the EU. While any police force must work with the consent of the local population, it is not their place to seek to usurp the United Kingdom’s policy.

Separately, the government in Stormont is in chaos (again) and James Brokenshire, the Secretary of State for Northern Ireland, is desperately avoiding having to re-impose London rule and promising that the Province will not be excluded from Brexit negotiations – whatever that might mean.

Of course, the Troubles are still not completely over. Two PSNI officers have been killed since 2009 and attacks made on about a dozen others, all by New IRA, Continuity IRA and Óglaigh na hÉireann – the three main Republican paramilitary organisations opposed to the peace process. As the PSNI is now the lead on defeating Republican (and other) terrorism, which Mr Lindsay says it does though “intelligence led” operations, perhaps he and his members would be better advised to get on and do their jobs, rather than having their union chairman creating Brexit scare stories.