NewsPaperthe art of publishing
HomeNewsPaul T Horgan: Amber Rudd says No to the bully boys of...
46

Paul T Horgan: Amber Rudd says No to the bully boys of Orgreave – many lefty toys out of pram 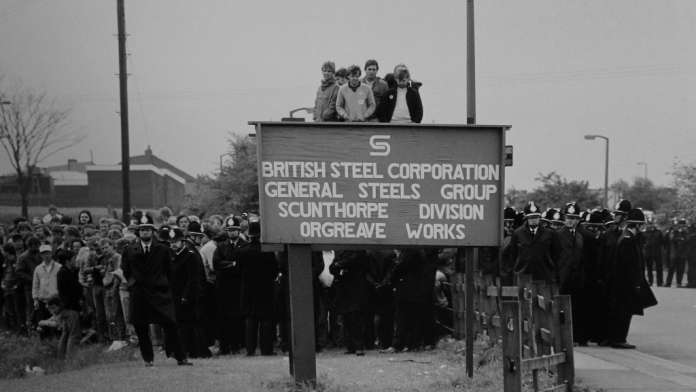 All Hallows’ Eve is reputed to be a time when the boundaries between the netherworlds and the real world are at their thinnest and all sorts of weird creations can cross over to haunt us. And so it was on Monday. All morning it seemed that the Government would submit to the creatures from another time – otherwise known as militant trades unionists – and order a Hillsborough-style inquiry to investigate the police response in the so-called ‘Battle of Orgreave’.

I have written about Orgreave before, and the most absurd ‘Orgreave Truth and Justice Committee’. This is an organisation that parasitically attached itself onto the Hillsborough disaster inquiry. Supported by misguided Labour politicians like that latter-day Vicar of Bray, Andy Burnham, this politburo-with-a-chip-on-its-shoulder tried to convince those not ideologically committed that ‘Orgreave led to Hillsborough’.

The basis for this nonsense was that a stadium crowd disaster where ninety-six football supporters were crushed to death on an anti-hooligan fence was apparently the same as the routing of a private army of five thousand socialist bullies and thugs five years previously. The common denominator was the South Yorkshire constabulary. And that Margaret Thatcher was the Prime Minister. And it took place in the nineteen-eighties. And that’s it. But it was enough for the comrades to whine about it incessantly.

Of course, this is once again typical socialist muddled thinking, trying to find equality where none exists. The tortured logic of a connection was taken up hook, line and sinker by the media. The facts were laid; the Press was squared: the Metropolitan Elite were quite prepared. The BBC broadcast a sympathetic news package, including a strapping ex-miner in rude health complaining about mistreatment and unresolved issues because the bullying mob he was a part of did not get their way. Diddums.

Then the unthinkable happened.

The Government, in the form of Home Secretary Amber Rudd, said No. There would be no inquiry. Ms Rudd laid out numerous reasons. The most relevant was that in the intervening thirty two years, there had been so much reform and change in policing that no recommendations from the inquiry would be relevant. Another was that during this ‘battle’, no-one had died, unlike at Hillsborough. Criminal investigations into Hillsborough would encompass Orgreave. Ms Rudd went through and demolished all the arguments made by these unreconstructed socialists. To paraphrase Lord Tebbit, she said ‘on yer bike’ to these sad chancers.

South Yorkshire’s Police and Crime Commissioner was disappointed. This is natural; he was elected on a Labour ticket. If he is so concerned about his force’s antics, perhaps he can investigate it himself. It’s his force. It is not clear why the Government has to get involved, except that he wants someone else to pay for it all instead of him.

Striking miners directly and indirectly killed at least two people – one a murder – and injured many more, as well as doing thousands of pounds of property damage. It is noteworthy that no one on the Left feels inclined to hold an inquiry into this unnecessary and tragic loss of life and property. The much vaunted ‘solidarity’ was not voluntary, but was actually enforced by violence and intimidation. While people have been assiduous in collecting information about how the police behaved towards the strikers, almost nothing apparently, apart from this dossier, has been gathered about the disgusting antics of the strikers.

Not that you would know this from watching the television news. All they showed was those big nasty policemen charging the poor ikkle mining folk. Boo. Hoo. Never in the history of British television news has so much truth been distorted by so few for so many. There is a corrupt side to trades unionism and socialism in this country that has never been properly exposed. There is no good reason why.

Perhaps it is all in the name of social cohesion. If the unions were fully exposed for the quasi-gangster organisations that they are, then they would have no reason to disguise this, which would be divisive. As it is, union membership is declining, as are the number of strikes. In a country where everyone has a smartphone, and overindulgence is more of a problem than deprivation, being a member of a union is not so important. Best let them wither quietly.

The Orgreave moaners can challenge Ms Rudd’s decision in the courts if they want to. So this is not over. However, it would be nice for the BBC or anyone else to be honest about the state of trades unions from the 1960s to the end of the Cold War and tell us how they used to use violence and intimidation to get their way. Then at least the thousands, if not millions, of their victims could get a little bit of their own truth and justice for a change.