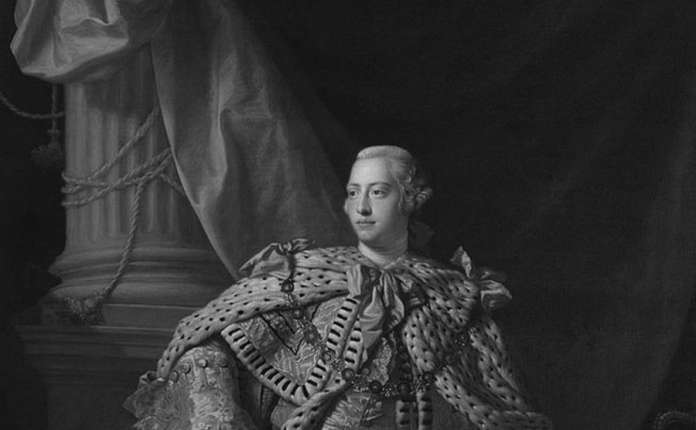 George Washington was wrong. All of his fellow American revolutionaries were wrong as well. It was a mistake for them to move away from the shelter of George III’s wise and benevolent protection and try to go it alone. These colonialists should now be aware of the grievous failure of this ridiculous 241-year-old experiment in self-governance and admit final defeat.

The US Constitution is a joke. It does not actually protect individual rights, but instead imposes an elitist rule whose benign governance is actually a form of animal husbandry.

This is not my view. It is, however, a distillation of the opinions of the anti-Trump protesters in the USA and elsewhere.

A particularly deranged one of the ‘ideologically correct’ from refusefascism.org appeared on Fox News to denounce President Trump for following the ‘Hitler’s playbook’ and being a ‘danger to humanity’. She demanded that the entire seven billion human population of this planet should take to the streets in protest to force Trump out of office. She stated that the USA was living under a fascist regime. Trump, she confidently asserted, was actually ‘more dangerous than Hitler’. Who knew?

This sad woman was hopefully an extreme example, but a disturbing number of liberal Americans and their counterparts worldwide now seem to believe the USA has descended into fascism. And they have been clogging social media to say so.

Fascism? Really? A ‘Fascist State’ is a corporatist entity with no elections that is run under a militaristic ‘leadership principle’. Orders from above are to be obeyed without question or hesitation. A subject people under the scrutiny of an elite security apparatus. A politicised state organisation with leadership cadres supervising populations down to the level of the neighbourhood. Compulsory state-supporting activities to occupy people’s time. Forced donations to confiscate their money even after state taxes. A defined enemy of the people on which to focus hate. State drives demanding universal participation. The abolition of individualism. The end of voluntarism. Control of the media. An extension of the death penalty to include political crimes. The state unilaterally directing the economy, education, employment, leisure and association, with no let or hindrance.

Trump’s presidency has none of these. The control of immigration from countries already defined by President Obama as supporting terrorism, and the creation of a barrier to halt illegal economic migration and drugs traffickers from South America hardly qualify as the focus of popular hate.

Had this agitator actually been living in a fascist state, then, after her unfocused tirade on live television, she would have had an unexpected visit in the small hours by a covert state security organisation. She would have been detained without a trial in degrading conditions, or worse, been subject to proceedings in a kangaroo court prior to being executed.

Instead, she is free to rant and rave (and by golly, she does go on) to all and sundry at any time of the day and night. She lives in a free country.

The demonstrations against the Trump presidency started the day after his inauguration. They were not directed against any policy that had actually gone into effect. Instead, they were directed against Mr Trump himself, a man who had been lawfully and fairly elected to be President of the USA using the same rules, subject to amendment, as all his predecessors. But the protests also expose serious failings in how people understand the functions of America’s self-government.

The United States of America is a constitutional republic. It has checks and balances against state excess, ensuring that no branch of government can dominate the others in normal times. President Trump’s Executive Order to restrict entry from some states with a mainly-Muslim population was struck down by the courts. The inconvenient truth that the countries mentioned are all openly hostile to the existence of the state of Israel and its people was ignored. Street demonstrations, however, had no influence on the judicial decision. The constitution works.

Not according to the protesters. To them the USA has all but collapsed into an authoritarian nightmare with its own Mussolini. The blackshirts are on the march, they genuinely believe. What bunk!

It’s always fascism, by the way. Clearly Stalinism holds less allure for the right-on as a comparison. Wonder why…Uncle Joe used exactly the same methods as the Teutonic goose-steppers, including goose-stepping.

While popular protest is not illegal or unconstitutional, the stance of the protesters is irrational. By objecting to the Trump presidency rather than any of his policies, they are objecting to the constitution by indicating it is a worthless document. The USA has been one horrible mistake, they are in effect saying. Come back, King George, all is forgiven, is the subtext. The President should give way to Her Majesty’s High Commissioner, while a Prime Minister forms a government from members of the House of Representatives in Congress.

The US constitution is actually functioning correctly to limit the ambitions of executive power irrespective of the identity of the occupier of 1600 Pennsylvania Avenue. Put the High Commissioner on hold.

The protesters are just sore losers who want to let everyone know exactly how sore they are. All they do by their preposterous posing is to make themselves feel good by forming occasional herds of the similarly-deluded for group ululations. If this is the best they can do, they may be ignored for the next four years despite their exercising of their First Amendment rights to pollute our screens.

Share
Facebook
Twitter
WhatsApp
Email
Previous articleAndrew Tettenborn: The ECHR turns its guns on marriage
Next articleLefty Lunacy: Waiter! There is a microaggression in my soup