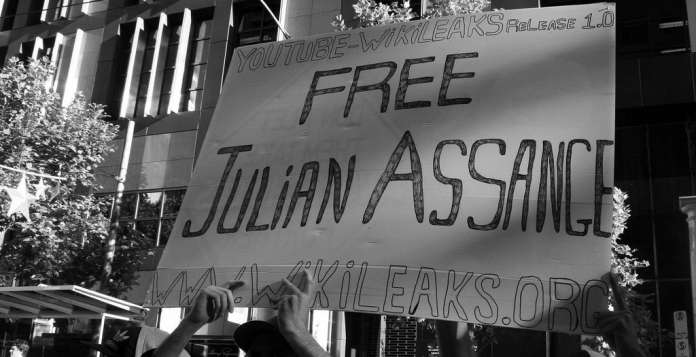 On any other day, a tram crash killing seven people in Croydon would have been front-page news. However this apparently avoidable tragedy took place at about the time that Donald Trump was elected President. So media attention was focused on the outcome of a free and fair election in a foreign country over the deaths of seven people on public transport here.

There have been other events. Wikileaks founder Julian Assange is being finally quizzed by Swedish investigators over allegations of rape and indecent assault. Assange has been hiding in the Ecuadorian embassy for four years. He believes that were he to leave the embassy to face the charges against him this would result in an extradition to the USA on other charges associated with the leaking of secret information by a traitor, who had enlisted as a private soldier in the US Army before betraying his country of birth. But Assange is not the only person in the headlines for sexual shenanigans of late.

The reputation of Premier League footballers in trouser-based matters is not high at present. They seem to regard success on the pitch as validating somewhat goat-like behaviour in the pubs, clubs or wherever, towards unattached young ladies, or indeed the partners of their colleagues. There seem to be numerous attractive women who willingly make themselves available in this wanton culture. Ched Evans was jailed for rape after one of his conquests complained. He is today a free man. This is due to new evidence that introduced reasonable doubt as to the safety of his conviction.

What is interesting, if not disturbing, is the reaction of the feminist lobby in these two examples.

In the case of Assange, there has been no reaction. Assange does remain innocent until proven guilty. He is, however, taking extreme steps to avoid the determination of his guilt. But women have complained of serious sexual assault. Women’s groups have been less than assiduous over Assange.

By contrast, Evans was guilty until proven innocent in a court of law after a retrial. This did involve delving into his alleged victim’s sexual history, something that is usually proscribed, but was regarded as relevant in this case. The feminist lobby exploded, complaining that the acquittal will deter women from reporting rape.

What actually will deter the reporting of rape is the deliberate misinterpretation of the verdict by women’s groups. This case does not establish a precedent, but uses exceptional circumstances that were subject to vigorous challenge in court by trained lawyers.

The verdict exonerating Evans was delivered by a jury of seven women and five men. The feminists are attacking the jury system because it did not deliver the result they wanted. But then this is a similar mentality to those that decried the Conservative victory in 2015, the Brexit vote and Donald Trump’s victory in the US Presidential election.

The people who politicise rape seem to see nothing wrong in their apparent cherry-picking. If the alleged assailant is a darling of the Left who cocks a snook at the US security services, like Assange, it seems they get a free pass. If the rape occurred a few years back in Rotherham and there is a diversity issue causing proper investigation to be suppressed for political reasons, no problem. The sisterhood are stilled. What is interesting is that the same people who are so shrill over the acquittal of Ched Evans are relatively mute over the organised gang rape of 1,600 girls over a 13-year period and also an alleged rapist who is effectively on the run from the authorities.

Forced marriage is rape. The first case of forced marriage to approach the courts has recently been dropped. All we hear is the silence of the feminists.

There was a demonstration outside the Ecuadorian embassy. “Free Assange” and “You Won’t Stop Wikileaks” read banners held up by a small group of protesters outside the embassy as the Swedish investigators arrived to quiz this fugitive alleged rapist. There was no-one there to speak up for the alleged victims. Rape is rape, the feminists cry. But it does appear that, according to the same people, some rapes are more serious than others.