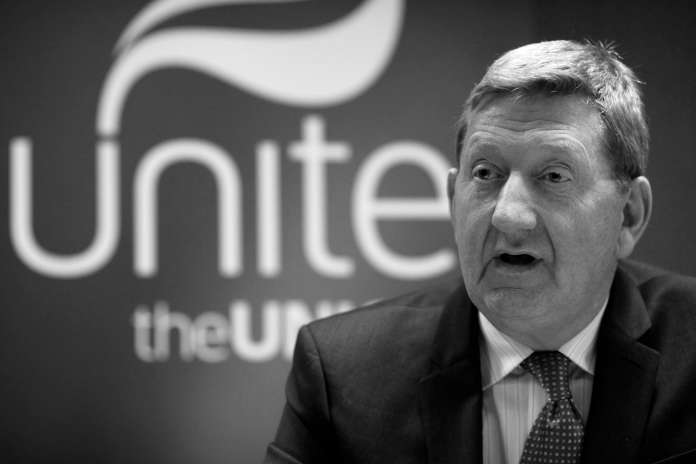 No cheating. Who is the General Secretary of the Trades Union Congress? No idea? Well, the correct answer is ‘Who cares’. There was a time when the General Secretary was as prominent as the Prime Minister. National economic policy was subject to approval by the TUC. But then the era of ‘beer and sandwiches’ at No10 coincided with statutory wage control. This was all part of the economic dictatorship set up as a necessity during the Second World War and carried on until its abolition by Margaret Thatcher.

The unions’ only true method of coercion was as being the monopoly supplier of labour to a business, which they could withdraw at any time by calling a strike. This was due to the legalisation of the ‘closed shop’, which required all workers to be a member of a union or to face automatic dismissal. If a member was ejected from the union, they would be sacked.

Strikes could be called by a show of hands at a spontaneous meeting in a firm’s car-park. Not being secret, everyone would know how a person voted. If a person consistently voted against strikes, they could be targeted for semi-official victimisation by the union’s enforcers. If they crossed a picket line, the victimisation was full on and official. No one was on the side of the victim.

Most unions were affiliated to the Labour Party. Union members paid dues to the union; the unions financed Labour. The unions also provided block votes on Labour policy based on membership size, irrespective of the actual opinions of the members. This was called ‘democracy’.

The union leadership were perpetually in hock to their shop-floor militant activists. The activists were usually Leninists of some kind. Believing that profit was theft from the workforce, they initiated strikes that reduced the profitability of British businesses to the point that this country verged on bankruptcy and needed a loan from the IMF.

To work in a heavily-unionised business in this country up to the Thatcher reforms was to work in a socialist one-party dictatorship, subject to absurd rules of demarcation and the whims of the local militants.

Strikes in car plants were routine in the 1970s. What has changed is that is that all the volume car plants are now owned by multinational corporations. If a union organises a mass walk-out, then the owners can simply close the plant down and move the production to a cheaper location overseas. Capital must be now permitted to make a return or it will go on indefinite strike.

There have been two recent examples of the powerlessness of the unions in the private sector. Len McCluskey, the big-mouthed General Secretary of the Unite union, exposed his real-world impotence in the Grangemouth dispute. The oil refinery was not making a profit, so the management proposed cuts to staff benefits. A worker whose job included union business was discovered to be spending his time on work for the Labour Party. He was dismissed. Unite called a strike of its members. The firm announced the closure of the refinery. Unite surrendered.

In another case, despite substantial investment, the delivery firm CityLink went into administration. The workforce’s union, the RMT, did nothing apart from making baseless accusations. It was impotent.

The RMT does, however, enjoy considerable power in the railway sector. Despite automation technology being available on Underground trains for the last half-century, there remain excessively-paid drivers on every train, while the skill needed to operate the train has diminished to little more than pressing a button and being able to breathe.

A tube strike was threatened during the Olympics. It was averted by special payments, in other words, a bribe. The job of tube driver is not publicly advertised, but is distributed to existing union members, thanks to a deal cut by the RMT.

The unions have retreated to the state sector and are able to use quasi-monopolies of state-provided services to blackmail people in this country over health, education and public transport.

The latest round of proposed labour legislation will further restrict the ability of the unions to inconvenience the population. Agency workers will be able to be employed to replace strikers. The rules for teacher qualification have been relaxed. The voting threshold in secret strike ballots is being increased. Walkouts can no longer be based on votes cast months or years previously.

The goal must be a ban on strike action in state-provided services that cannot be privatised or exposed to competition. The unions will squeal, but given their disgraceful conduct in the last half of the twentieth century, when they brought this country to its knees, they should be ignored. We should recall historic and ongoing union corruption and excess as more of an example of organised labour in this country than the rather ancient so-called ‘martyrs’ of Tolpuddle.