NewsPaperthe art of publishing
HomeNewsPaul T Horgan: Blame the humans for BA meltdown, not the machines
28

Paul T Horgan: Blame the humans for BA meltdown, not the machines 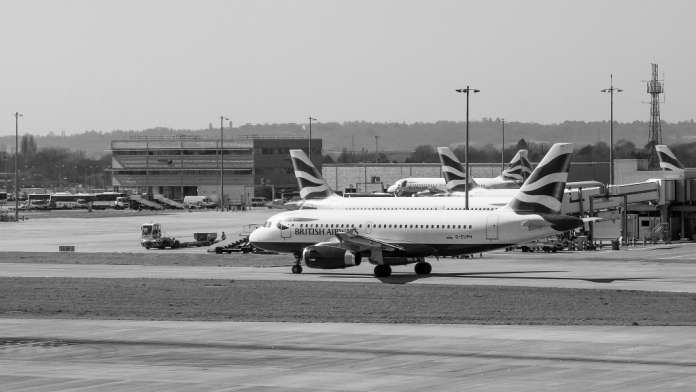 Arguably the greatest science fiction film of all time is Stanley Kubrick’s 2001: A Space Odyssey. The most interesting character in the film is not a human or alien being. It is the artificial intelligence computer known as “HAL 9000”. HAL represents the pinnacle of computer technology, a self-aware artificial entity dedicated to the reliable and accurate capture, processing, and delivering of information. Everything goes wrong when Hal is programmed to lie by his human creators. Hal ends up murdering the crew of the spacecraft they are on when he is unable to conceal the true nature of the mission. As Hal says in a conversation with a crew member before he goes on his rampage, the only cause of any problem is always human error.

The customers of British Airways will have had three days also to ponder on the cause of their predicament. Rather than jet off to exotic locations, they have been required to sample the delights of numerous airport terminals around the world. For almost the entire bank holiday period, every British Airways flight has been cancelled due to a catastrophic computer outage. British Airways states that the failure of the information systems is due to a power surge in a data centre. The cause is more likely to be human error.

All modern computer systems used by large corporations have processes known as “disaster recovery”. These are plans that are devised to be implemented when there is a catastrophic computer outage. These plans are not created by computers but by humans. British Airways experienced a catastrophic computer outage. Their disaster recovery processes were unable to prevent British Airways from effectively ceasing to function for the entire UK bank holiday period. When British Airways had stated that they have been the passive victims of a circumstance outside their control, what they are actually stating is that their disaster recovery procedure failed. The cause of the problem was human error.

This is not the only case of life imitating art in the area of computer systems. Numerous organisations have been affected by a computer virus called “Wannacry”. This malicious program locks the user out of their computer’s hard disk and demands they pay a ransom to remove the lock. The target computers are all running the Windows XP operating system. XP was released 16 years ago. It was very successful. However, Microsoft has released four newer operating systems since XP, and ongoing support for XP has been withdrawn, meaning that no new upgrades have been released for many years. This means that any security holes that have been discovered since the end of support may not be addressed.

This incident bears a striking resemblance to a subplot of William Gibson’s novel Count Zero. A cyberspace hacker called Wigan Ludgate realized that obsolete and eminently hackable computer hardware was not being sent to the junkyard but was instead being sold on to third world corporations and governments. He made his fortune by looting the bank accounts and treasuries, while not making the connection between his ill-gotten fortune and the inevitable deaths caused by the financial and economic collapse he created. There is no good reason why any major organisation should continue to be using Windows XP in any critical function. The decision to continue doing so is a human decision, and is as such human error.

Attempts have been made to politicise the impact to the NHS caused by the decision to retain Windows XP. However, the impact of the virus could have been mitigated by the timely application of a special upgrade earlier this year. If the responsibility for failing to do this falls upon the Health Secretary, this does call into question the function and accountability of the various managers closer to the problem. If the Health Secretary is to be blamed, the implication is that there are an awful lot of senior management in the National Health Service who are seriously overpaid, as it would appear making important decisions is not in their job description. On this basis it would seem they are mere paper shufflers whose jobs could be better done by a well-programmed computer. After all, it could not be done any worse.

Humans are the masters of computers, not the other way round. Computers are our tools. How they are used is up to human intelligence. Whenever there is a computer fault, this is increasingly used by humans to evade responsibility. Computers only do what we tell them to do. If we tell them to do the wrong things, they will only follow our orders without question, unless they have been programmed by a human to do otherwise.

It is the humans at British Airways that required thousands of their fellow humans to spend their vacation time on the well-trodden floor of an airport terminal. The airline’s disaster recovery techniques did not extend to keeping their stranded customers fed and watered on one of the hottest days of the year.
Humans were responsible for this. It is the humans, and not their computers who should be held to account.